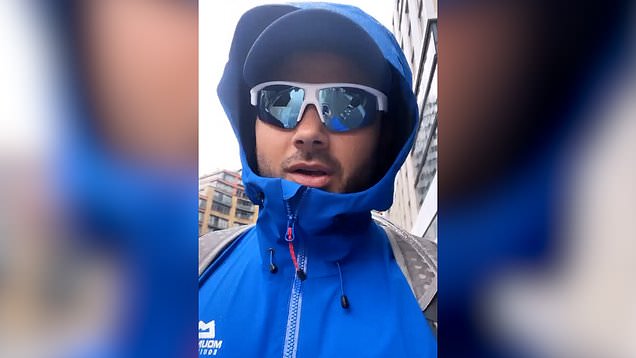 Ryan Thomas was forced to say goodbye to his fiancee Lucy Mecklenburgh and son Roman today as he prepares for the most gruelling task of his life.

The former Coronation Street actor has begun an exhaustive 10-day walk from London to Manchester in order to raise awareness for suicide prevention charity Calm.

Before setting off on the 262-mile trek, Ryan posed outside Buckingham Palace with Lucy and Roman for one last moment together before being separated.

Ryan and Lucy were all smiles as they posed outside the Palace gates but it seemed to be a little overwhelming for little Roman, who failed to raise a smile and appeared to start crying at one point, no doubt missing his dad already.

Nonetheless, the couple managed to get a family selfie with the adorable tot.

A while later, Ryan began documenting his journey on Instagram and told his followers: ‘I’m on my own all day, good time to switch off and time out for me, going for a walk, reflect on things and I’ve got plenty of time for that.’

It wasn’t long before the former Celebrity Big Brother star hit a stumbling block as he found the police had blocked off part of his route to Harefield for a whole meaning, forcing him to walk the long way around. 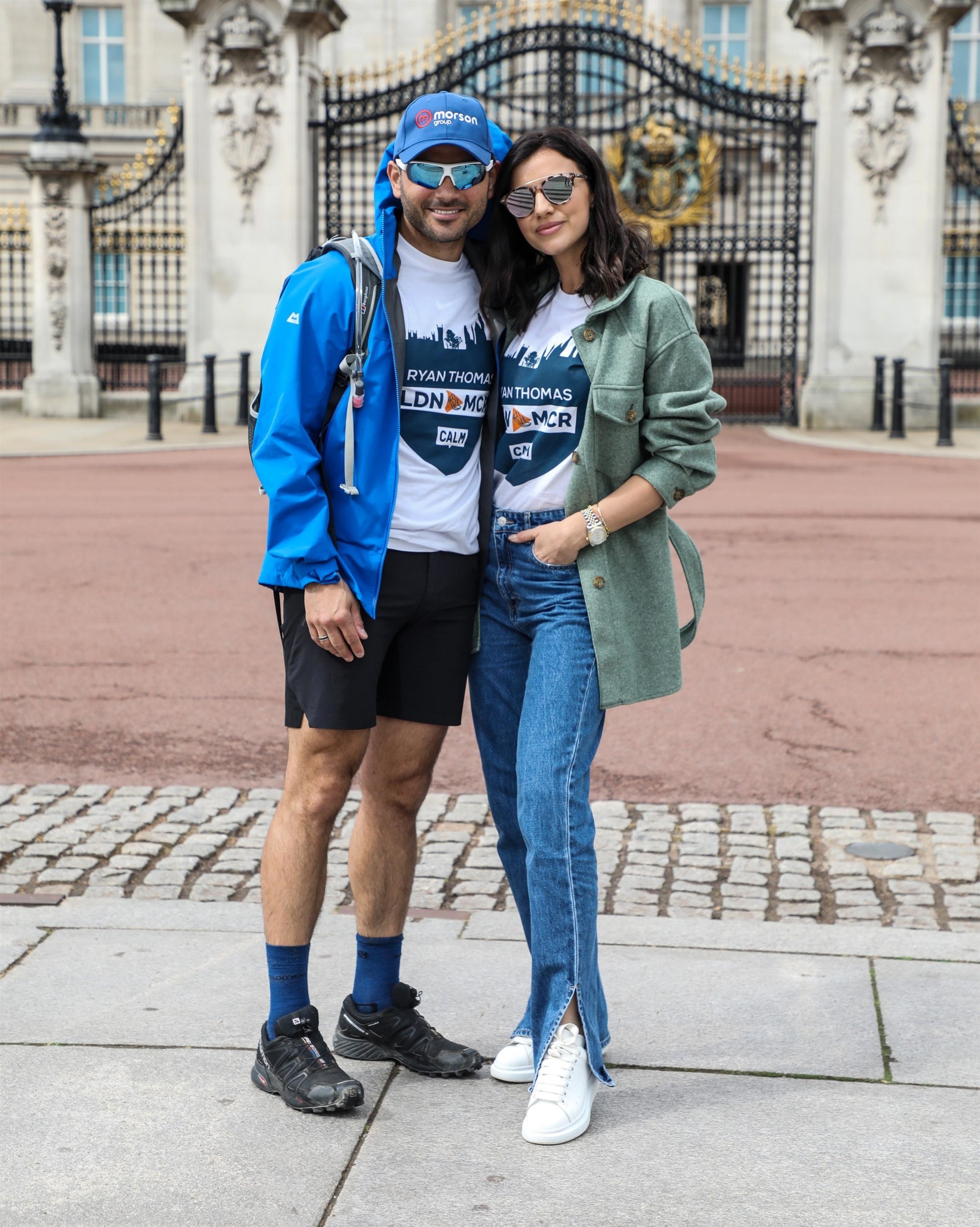 Ryan was then hit by a bout of rain but of course he carried on like a trooper, noting: ‘The umbrellas are out, this weather can’t make its mind up. Let’s hope we get some sunshine in the next 10 days.’

The TV star is hoping to raise £25,000 for the charity Calm with his final destination Manchester Cathedral.

Explaining his motivation to embark on the mission, Ryan previously told the Mail Online: ‘The UK stats on suicide, especially for men are shocking and things need to change.

‘I am determined to use this challenge and my platform to raise awareness and money for Calm. I’ve been training for this challenge since January, walking miles each day – my walking boots are my new best friend.’