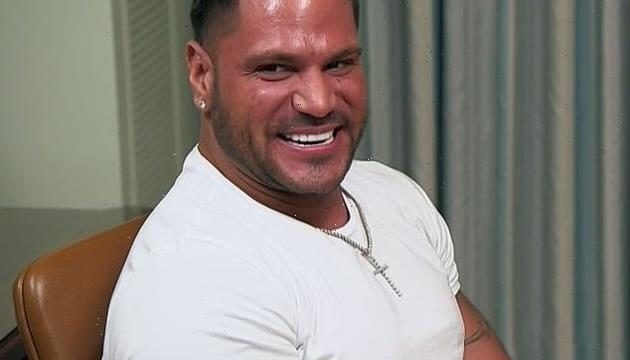 Let’s begin by saying this:

It’s a sad state of affairs that we need to ask the question posed in this headline… again.

At the time, considering that Ronnie was accused of holding a knife to his girlfriend’s throat and swiping their daughter out of her arms, it seemed impossible to believe he would not be fired.

Fast forward about a year and a half and Ronnie has not been fired.

He has, however, been arrested once more for an alleged domestic violence incident.

On April 22, Ronnie was taken into custody and booked for “intimate partner violence with injury with priors,” according to the Los Angeles Police Department.

There are scant details available beyond this charge, except we know ex-lover Jen Harley was NOT involved and that the former couple’s three-year old was in Ronnie’s custody at the time.

We can also confirm that Ronnie has acted anything but remorseful in the week since his latest arrest.

First, he released a statement that read as follows:

“I take all experiences as lessons.

“You learn who really cares about you when [you’re] down and out and [then] you see who doesn’t! But I guess they call it the weeding process.

“Thank you to my real friends who haven’t left my side and haven’t betrayed me!”

Next, Ronnie threatenedd Harley’s boyfriend, Joe, and also accused his ex of being addicted to cocaine.

In a since-deleted social media comment, Ronnie taunted Joe by saying this:

“I can’t wait to run you over with a car like ur gf u [f–king] p–sy! And then go sleep on the house that’s under my name and I [furniture] I bought you broke ass crackhead loser.”

In another conversation, which we’ve posted above, Ronnie claims Jen is “begging for cocaine the moment she drops her daughter off” and alleges that she’s drug addict.

And in yet another message (below), Ronnie said Harley’s 11-year old daughter from a previous relatiionship has told her mother that she’s been abused — and Harley has ignored the allegation.

We have no idea where Ronnie got that from.

Now, in the wake of Ronnie’s alleged behavior, Joe is calling for his girlfriend’s seemingly unstable ex to lose his high-paying job.

“His victims shouldn’t have to see his face plastered to your television screens any longer.”

According to Us Weekly, Joe shared a second post, which has since been removed.

“We are done with the harassment and death threats,” it read.

“He has done this to everyone else [and] sadly for him, he ran into someone that will fight for the woman he loves no matter what road it takes me down.”

For her part, Harley has labeled Ronnie as a clear and present danger and issued this warning to other victims of abuse:

“PSA who needs to hear this … As you can see, even to this day, the abuse never ends.

‘This is your chance, get out now. RUN! Do not let someone make you feel like it is your fault for their actions!! I promise you it will only get worse.

“Don’t match anyone’s trash energy. Maintain yours so you can attract that which aligns with you.”

Has Ronnie been convicted of any crimes?

But MTV isn’t a judge. This isn’t a court of law.

Should the network continue to give a platform (and a big paycheck) to someone with Ronnie’s history?

If you think he really has learned any lessons and won’t cause any problems down the line, consider what he said way back in November 18:

I’ve grown & wouldn’t want to hurt my girlfriend or my daughter, everyone makes mistakes and you’ll see that I learned from mine.

I wouldn’t never put myself in that position again to hurt the two people I love the most in my life.

I want to lead by example for my daughter and how to be a real man and I need to lead how to be a good boyfriend/husband. I’m sorry.