It has become inherently clear to me that the way we communicate has changed.

It’s as if the way we react to discussions no longer stems from the logical hemisphere of our brains.

Instead, our responses are generated by the emotional centre, where our own identity rests.

When somebody attacks an idea, or has a firm view of the world, it’s become infinitely more difficult to change somebody’s mind.

Thankfully, over the years, I have come to get better at understanding how to make a point land.

What you need to do is three things.

Secondly, lay out the facts.

Lastly, and most importantly, give really good examples. 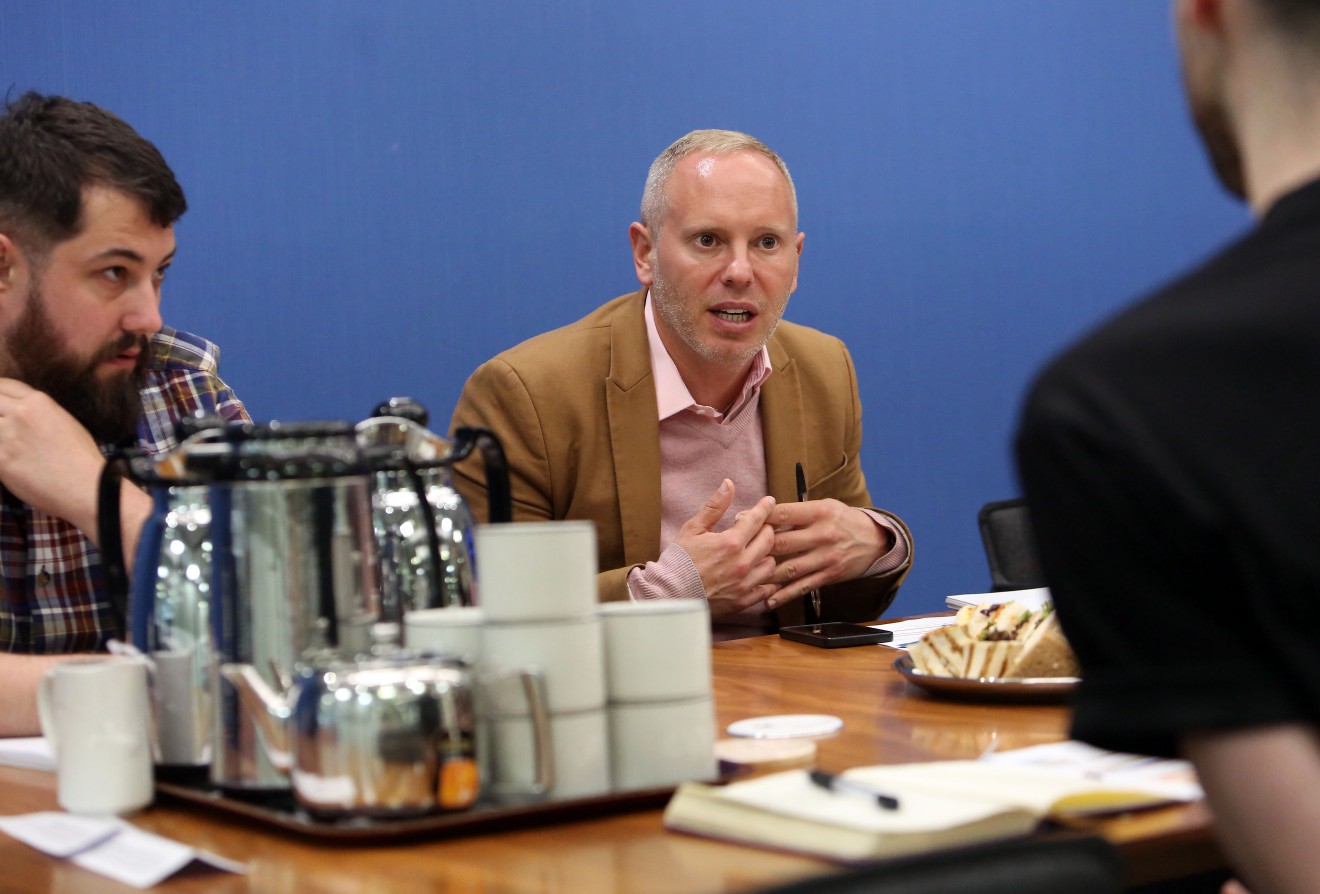 Whenever I get up on a platform nowadays, it’s the last aspect of this strategy that I have in mind.

So when I was asked to edit the Metro.co.uk Platform section – the home of their opinion and first-person pieces – as part of their Pride Month takeover, I thought, ‘what a complete privilege to make a point through my example’

I wanted to use my experience of being a gay man for the past 40 years (plus VAT).

I wanted to reflect on my heroes of the past, some of whom have agreed to write stories as part of this day. I wanted to remember the sacrifices of those who came before us; their pain, the elbow and activism that got us to this stage.

I wanted to think about my own period of coming out, which I shared with Metro.co.uk last year as part of their Pride coverage.

As I said then, as important as coming out is, the ultimate end goal is for people to be as indifferent about your sexuality or identity as they are about the size of your big toe.

And I wanted to think about the future and how incredibly far we’ve come – but also the importance of not becoming complacent.

To celebrate 50 years of Pride, Metro.co.uk has teamed up with Kyiv Pride to raise money for their important work in Ukraine.

Despite war raging around them, Kyiv Pride continue to help LGBTQ+ people, offering those in need shelter, food and psychological support.

We will be splitting the cash with a grassroots charity closer to home.

You can donate here

Having had a grandfather – a Holocaust survivor, who had touched the face of tyranny – I’m always conscious that those places of horror, barbed wire and unimaginable limitless human cruelty contained those wearing pink triangles as well.

When my pupil master was born, it was illegal to be gay. His generation fought and risked their lives, reputations and imprisonment to fight for legalisation.

When I think of my childhood, and those of activists who I know, there were no positive representations of gay men or women.

To be gay was to be dirty, or furtive, and certainly punished in literature. Even on EastEnders, LGBT+ stories never worked out well in the end.

When I came out to my mum – who gifted me the most important privilege of all: unconditional love – or my brother – whose only concern wasn’t that I was gay, but that I might support Arsenal – they were still scared.

They were scared that I could not legally get married; scared that it was illegal to talk about being gay in school; scared that my life was going to be limited and dangerous.

Things have changed so much in the blink of a generational eye.

I got married (it didn’t work out but the wedding was fabulous); LGBT sex education is now on the curriculum; I don’t feel like there are any barriers in my way.

Yet, I am mindful that there are young gay men and women from communities and families where they are unable to be their true selves.

Coming out is the critical key to unlock happiness and potential, but for them, that key is beyond their fingertips, locked away by a family and cultures that consider it to be wicked and shameful.

There are parts of the world – not least Qatar, where the World Cup is due to take place – in which being a citizen of that country and LGBT+ carries a prison or death sentence.

It is just as important for us to cloak ourselves in the Rainbow flag now as it has ever been.

The examples that you will read in our newspaper today are not only about the work that there is to do, but celebrating with pride the achievements that we’ve made.

Of all the privileges you get as a so-called celebrity, the most significant is a platform. I know that I won’t always have the one I do now, so what I do with it really matters.

As I thought about the gift that I had been given, I realised it was the joy and delight of the community that mattered to me and that I wanted to highlight most.

I’m no Pollyanna, and this isn’t a takeover that is designed to make people jazz hand and play The Glad Game, but it’s important to be glad and proud of the advances we’ve made.

To know that through all of the struggle, all of the challenges, and all of the pain, ultimately, there are enormous, innumerable reasons to be optimistic.

Every one of the stories that I have the gift of sharing with readers has within it something positive and happy to say. I’ve gone more is more in my curatorship – or as my godchildren would say, I’ve gone ‘so extra’.

And there is an essential reason for that: It is to make a point.

We have to tell the world we’re here, as painful as it is and as much as we shouldn’t have to.

But above all else, we have to demonstrate – through our stories, our lives, our experiences – that the LGBT community not only lives, but thrives.

This year marks 50 years of Pride, so it seems only fitting that Metro.co.uk goes above and beyond in our ongoing LGBTQ+ support, through a wealth of content that not only celebrates all things Pride, but also share stories, take time to reflect and raises awareness for the community this Pride Month.

And we’ve got some great names on board to help us, too. From a list of famous guest editors taking over the site for a week that includes Rob Rinder, Nicola Adams, Peter Tatchell, Kimberly Hart-Simpson, John Whaite, Anna Richardson and Dr Ranj, we’ll also have the likes Sir Ian McKellen and Drag Race stars The Vivienne, Lawrence Chaney and Tia Kofi offering their insights.

During Pride Month, which runs from 1 – 30 June, Metro.co.uk will also be supporting Kyiv Pride, a Ukrainian charity forced to work harder than ever to protect the rights of the LGBTQ+ community during times of conflict. To find out more about their work, and what you can do to support them, click here.