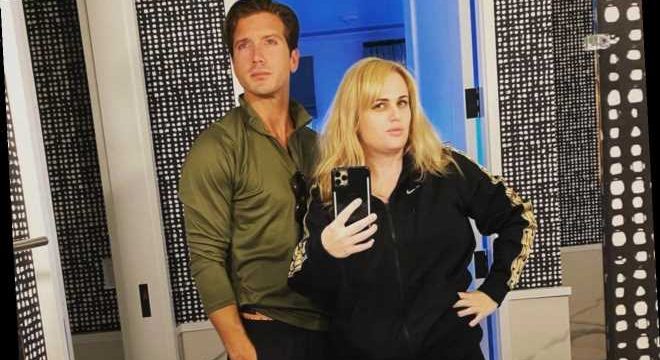 The ‘Pitch Perfect’ star’s romance with her businessman boyfriend is said to have ‘run its course’ a little over four months after they made their red carpet debut at Planetary Health Gala in Monaco.

AceShowbiz –Rebel Wilson is back on the single market again. Having been reported to have called it quits with boyfriend Jacob Busch, the actress best known for her portrayal of Fat Amy in the “Pitch Perfect” film series confirmed the breakup by calling herself a “single girl” on social media.

On Tuesday, February 2, the 40-year-old shared on Instagram a picture of herself wearing a denim dress and a cropped yellow cardigan. In the accompanying message, she penned, “Lots on my mind…aghhhhhh…#single-girl-heading-to-Super-Bowl!”

While the “How to Be Single” star did not offer details about her split from her businessman beau, a source close to her revealed to Page Six that their romance had “just run its course.” A friend of the Australian beauty additionally told PEOPLE, “[He] was an amazing guy but just not the one for her long-term.”

Rebel made public her relationship with Jacob back on September 24, 2020. At the time, she posted a picture of herself with her then-boyfriend as they were about to board a helicopter to Monaco. The former couple was also joined by fellow actresses Helen Mirren and Kate Beckinsale. In the caption, she quipped, “Quick Helen, get to the chopper! #TeamMonaco.”

Hours afterwards, the duo made their red carpet debut as a couple at Prince Albert’s Planetary Health Gala in Monte Carlo, Monaco. The Penny Rust depicter in “The Hustle” later took to Instagram to put out several snaps that documented her having fun with her man at the event.

Before dating Jacob, Rebel admitted to have spent her 2019 going on many dates. “Last year was the year of love, that’s why maybe I’m still so obsessed with dating and stuff because I deliberately went out and I dated a lot of different people,” she told PEOPLE in November.

“And I wasn’t very experienced in love and relationships, my movie ‘Isn’t It Romantic‘ was pretty similar to my real life in that respect,” she further explained. “And so I went out and just gave it my all, tried really hard to find love and stuff.”

Jacob himself was in a romantic relationship with “The Real Housewives of Beverly Hills” star Adrienne Maloof on and off for several years before moving on with Rebel.