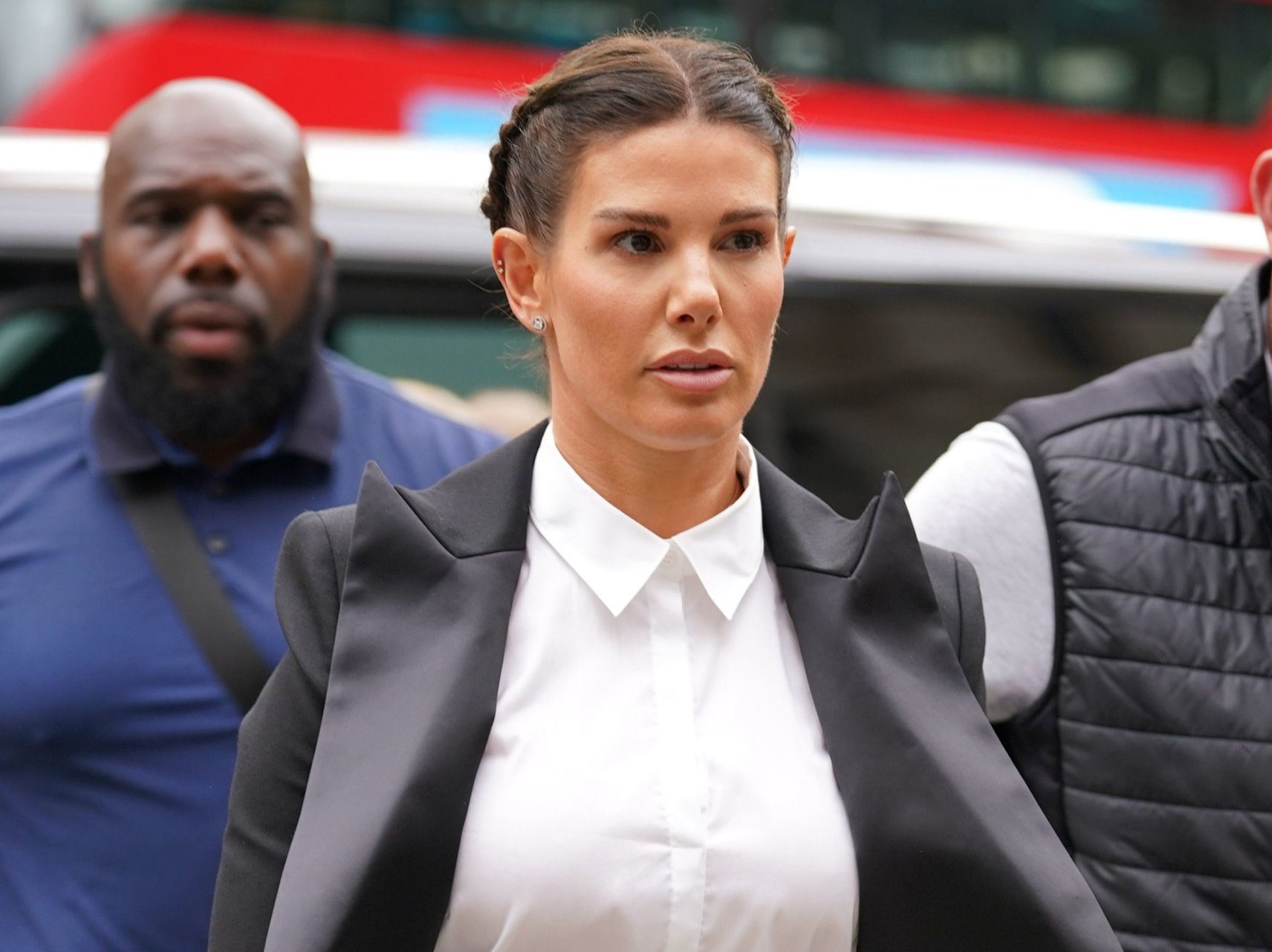 Rebekah Vardy lost her explosive court battle against Coleen Rooney on Friday, bringing the highly-publicised trial to an end.

The legal battle began after Rooney, wife of former Manchester United footballer Wayne Rooney, accused her fellow WAG of leaking ‘false stories’ about her private life to the press, after conducting a ‘sting operation’ on social media – dubbed ‘Wagatha Christie’.

The trial lasted just over a week and included many bombshells, excruciating text messages and more than a few tears – and if you need a little refresher on the most damning moments for Vardy in the Wagatha Christie battle, we’ve got you covered.

The drama had us hooked from the very beginning when Rooney pressed send on an Instagram post that rocked the world, explaining that she had been sharing fake stories on her own private account after suspecting that one of her followers was leaking information from her page.

Shedding light on her very own sting operation – which genuinely read like a whodunnit – the 36-year-old ended the upload with a string of gripping dots we got to those fateful words and learned that it was ‘….Rebekah Vardy’s account’.

Vardy promptly took legal action and things ramped up when the pair faced off in court, but it was sketches by the courtroom artists that really set the tone for the proceedings.

The now-iconic illustrations from behind closed doors were shared online and had people on social media in hysterics as they dissected every stroke and possible emotion behind the images.

Fans questioned why Vardy’s husband looked like ‘the moon’ and suggested he had been ‘done dirty’ by the illustration, while Rooney’s husband was compared to ‘Mike Tyson’ in his impression.

‘My drawings are getting better every day the better I get to know them,’ artist Priscilla Coleman said of the sketches.

Aside from the hand drawn pictures, Vardy faced many uncomfortable moments on the stand, including the day that her furious text messages were read out in court, as well as a rehashing of chipolata-gate – but more on that later…

In one exchange to Watt, she appeared to fume about Rooney, messaging: ‘That c*** needs to get over herself!’

After Rooney’s Instagram post coming clean about her sting operation in which she shared Vardy’s role, Vardy appeared to respond by telling her agent: ‘That’s war.’

Those weren’t the only messages of Vardy’s that emerged in the trial, as her text exchange with her husband was also shared for the world to see.

In 2016, she sent her partner – saved in her phone as ‘Hubby’ – a link to an article reporting that former England captain Rooney ‘held talks’ with Vardy about his wife’s behaviour during the Euro 2016 tournament.

Screenshots of their exchange were released, in which she told him: ‘Seriously????’

‘No not at all babes x,’ he attempted to soothe her, to which she replied: ‘T***s trying to make me into a scapegoat X.’

In another screenshot, she linked to an article about the alleged talks, telling him: ‘Jesus… This must have come from somewhere! Bet it’s his Mrs manager X.’

She added that the speculation made her ‘blood boil’, claiming that it was ‘not fair’ for her to be ‘picked on’.

In between tearful moments, Vardy did manage to give the courtroom a laugh when she was left baffled at a reference to Davy Jones’ locker, when discussing Watt’s missing phone.

In case you happened to forget, her agent said that her phone had fallen into the North Sea and was unable to be retrieved, leading to confusion on the stands.

A confused Vardy replied: ‘I’m sorry, I don’t know who Davy Jones is.’

The courtroom burst into laughter as the Judge was forced to explain the idiom – referring to the resting place of sailors who drowned at the bottom of the sea – which is also a crucial part of the Pirates of the Caribbean franchise.

Maybe Vardy missed out on the hugely popular Disney series…

Chipolata-gate reared its ugly head once more during the trial, reminding us of Vardy’s comments regarding the size of Peter Andre’s manhood.

At one point while on the stand, Vardy was directed to her quotes detailing an alleged sexual encounter with the Mysterious Girl singer during an interview with News of the World – something she apologised for in 2020.

He read out the headline for the court – ‘Peter’s hung like a small chipolata, shaved, slobbery, lasts five minutes’ – before sharing excerpts from the article, in which it was claimed Andre had managed ‘just five minutes of sex’.

Vardy also said at the time that he had ‘the smallest trouser equipment I’ve ever seen’ that was like a ‘miniature chipolata’.

Referring to the comments, she was asked if it was ‘respectful’ to the dad-of-four that the information was shared with a newspaper, to which she responded: ‘I was forced into a situation by my ex-husband to do this.

‘It is something that I deeply regret… It is not nice to read and I understand why this is being used and to me this is mudslinging and I was also threatened with mudslinging by Mrs Rooney’s team.’

‘The circumstances around it were completely different.’

Vardy later said she did not ask Andre for his permission or tell him it was going to happen in advance.

When the comments were rehashed and used in court, Andre addressed the situation in a now-deleted post on social media, telling followers: ‘Do you know how hard it is to keep biting my lip on situations?

‘But the way I look at it, most people saw in the jungle how an acorn turned into an oak so I think I’m okay.’

‘At least she has now admitted it wasn’t true and was forced to say it.’

The trial took place in May, with the courtroom antics lasting just over a week, before the judge dished out her verdict today.

In her ruling, Justice Steyn said it was ‘likely’ that Vardy’s agent at the time, Caroline Watt, ‘undertook the direct act’ of passing the information to The Sun.

But she added: ‘Nonetheless, the evidence … clearly shows, in my view, that Mrs Vardy knew of and condoned this behaviour, actively engaging in it by directing Ms Watt to the private Instagram account, sending her screenshots of Mrs Rooney’s posts, drawing attention to items of potential interest to the press, and answering additional queries raised by the press via Ms Watt.’

‘In my judgment, the conclusions that I have reached as to the extent to which the claimant engaged in disclosing to The Sun information to which she only had access as a permitted follower of an Instagram account which she knew, and Mrs Rooney repeatedly asserted, was private, suffice to show the single meaning is substantially true.’