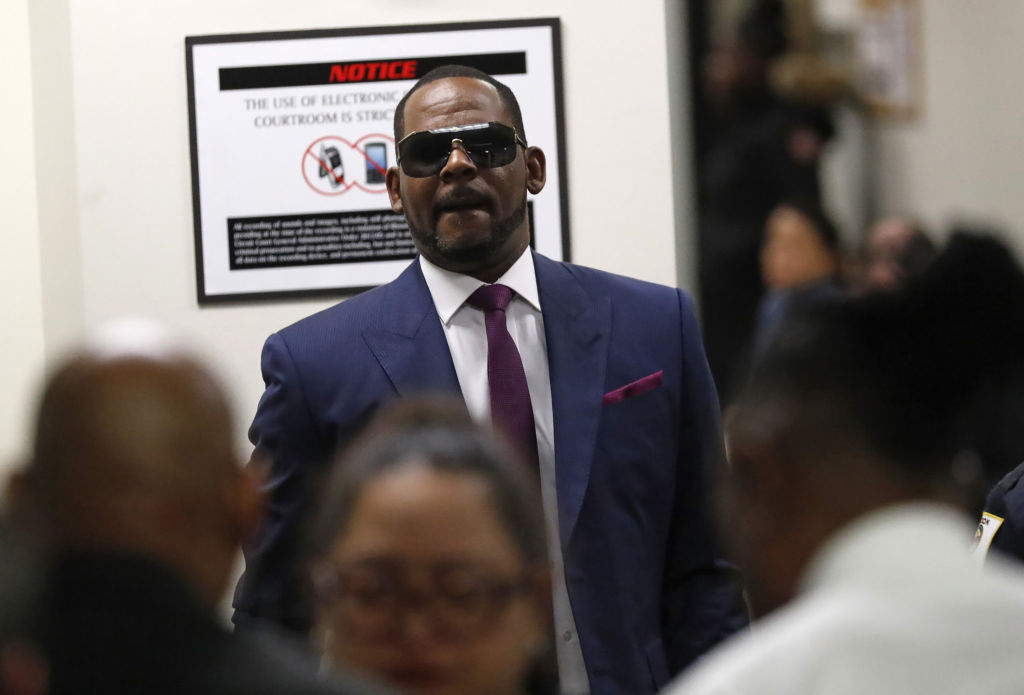 R Kelly has been convicted of six out of 13 counts he faced in a trial in his hometown of Chicago, it has been reported.

The I Believe I Can Fly singer – real name Robert Sylvester Kelly – faced 13 counts in court, including creating and receiving child pornography, obstruction of justice and enticing minors into sexual activity. He denied all the charges.

In the verdict announced on Wednesday September 14, the 55-year-old was found guilty of three child pornography counts and three counts of enticing minors for sex, CBS Chicago reported.

His two co-defendants – Milton ‘June’ Brown and Derrel McDavid – were reportedly acquitted of all charges.

Kelly was also acquitted on the charge of obstruction of justice in his 2002 Cook County case, the Chicago Tribune reported.

Today’s verdict came about after the jury deliberated on the case for 11 hours.

According to the publication, the minimum sentence for Kelly’s latest charges is 10 years behind bars.

The trial culminated after weeks of testimony from more than 30 witnesses.

It also reportedly involved the courtroom being shown explicit video tapes, which allegedly showed Kelly sexually abusing his 14-year-old goddaughter, who has gone by the pseudonym ‘Jane’.

Four women spoke out in the trial to accuse Kelly of sexually abusing them when they were girls, including Jane.

Jane previously denied she had suffered abuse at Kelly’s hands, but has now claimed that he paid off her and her family in order to stay silent.

In June this year, Kelly was sentenced to 30 years in prison after being convicted of sex trafficking and racketeering charges.

In September 2021, he was found guilty on all nine counts in the trial, which included multiple counts of racketeering and charges related to bribery and forced labour.

Several months later, a US federal court in New York sentenced the singer to 30 years in prison for masterminding a scheme to sexually exploit young aspiring singers and underage children.

Kelly has faced several allegations of sexual abuse and misconduct throughout his career, including after he married 15-year-old late singer Aaliyah in secret when he was 27 years old.