Prince Harry was seen chatting and walking with Prince William and the Duchess of Cambridge following the conclusion of Prince Philip’s funeral service today. After funeral guests exited St. George’s Chapel, Prince Harry walked alongside Kate Middleton and his brother as they left the church. Though both Harry and Kate were masked at that moment, they appeared to be in good spirits for the reunion. A source confirms to BAZAAR that Prince Harry and the Cambridges were making their way to a private wake for Prince Philip at Windsor Castle. 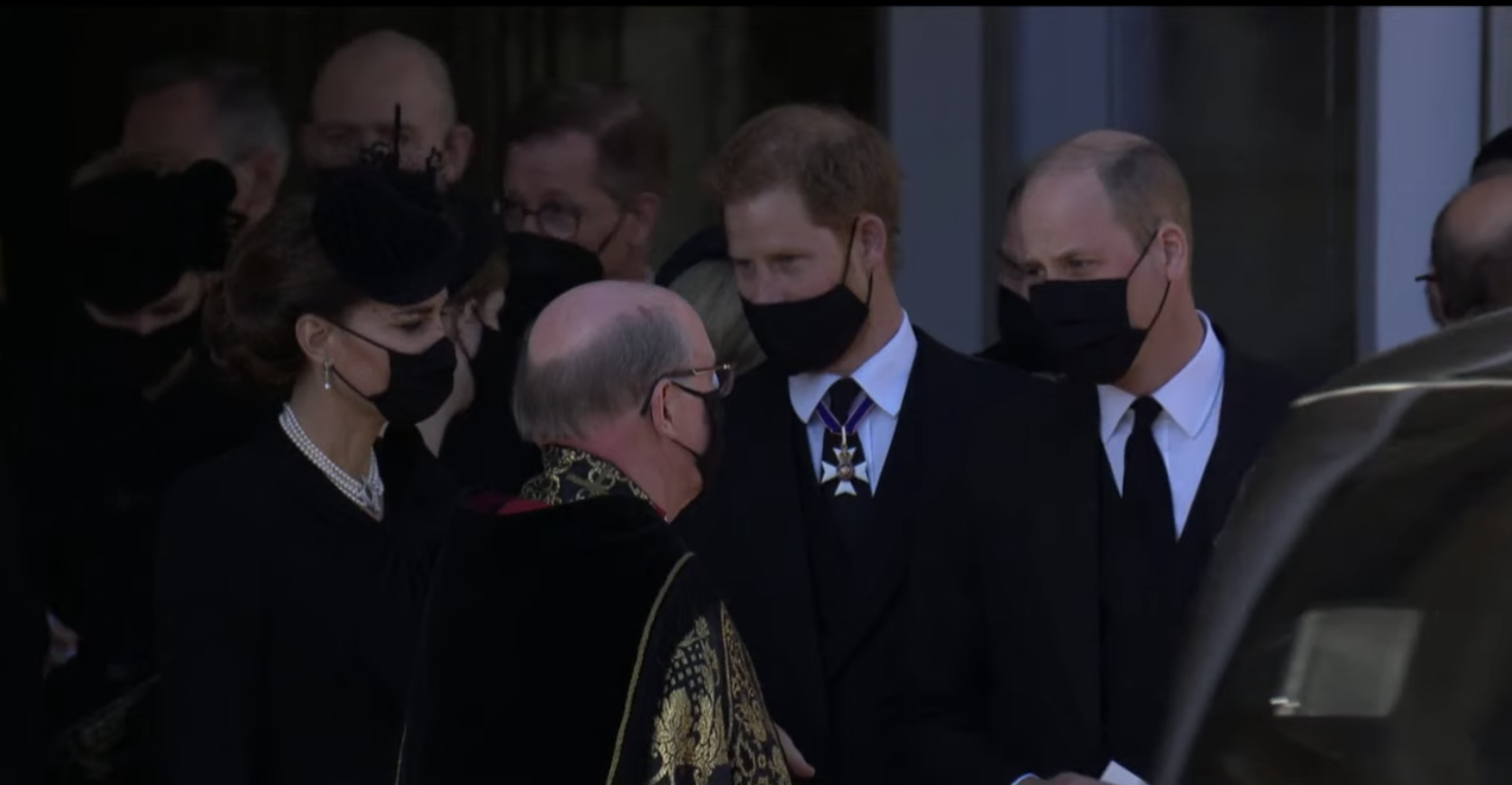 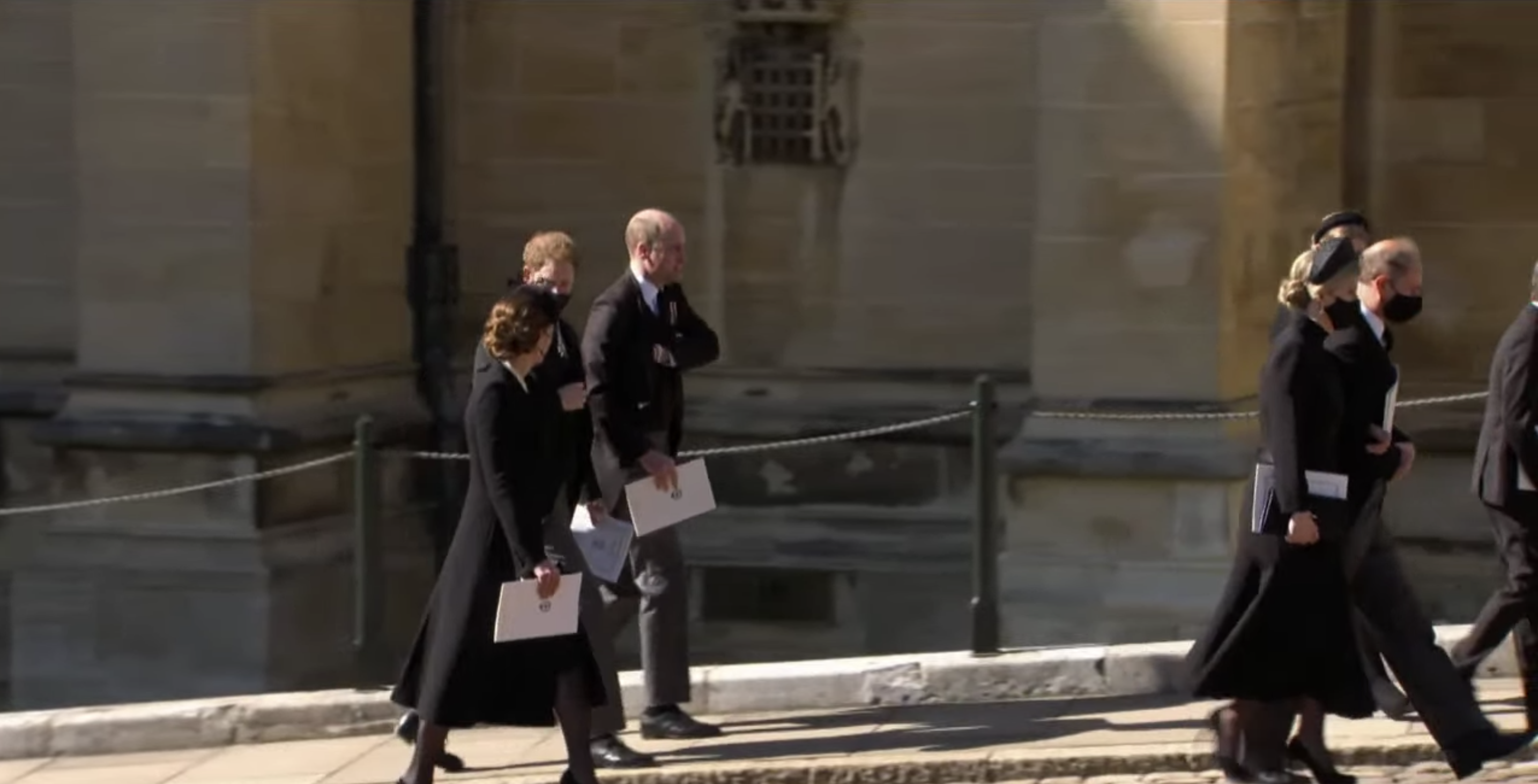 Prince Harry’s appearance at today’s service marks the first time he has returned to the U.K. since he and Duchess Meghan stepped down from senior working royal duties last year. In the months after their exit, the couple had relocated to Montecito, California with their young son, Archie Harrison Mountbatten Windsor. They’re also working to build their new nonprofit organization, Archewell.

The reunion between the two brothers and the Duchess of Cambrdige also follows Prince Harry and Duchess Meghan’s sit-down with media mogul, Oprah Winfrey, where they expressed their personal frustrations with the royal institution and their experience as a couple within it.

During the interview, Harry shared that he always will have love and respect for his brother, acknowledging rumors that that the siblings have experienced a rift in their relationship following the royal exit. Harry added however, that he and his brother were giving each other healthy “space” for the time being.

“The relationship is ‘space’ at the moment,” said Prince Harry during the chat. “And time heals all things, hopefully.”