Paris Hilton is speaking out about instances where she felt mistreated in the media.

During Monday’s episode of her podcast “This Is Paris,” Hilton revealed she became “very emotional” while watching the Hulu documentary “Framing Britney Spears,” which has called into question the media’s treatment of Spears and other women.

Hilton said she could relate to Spears’ struggles and described a 2007 interview she did with David Letterman, in which she feels the comedian went out of his way to humiliate her.

According to Hilton, Letterman’s public relations team reached out to her multiple times for an interview, but she “kept saying no.” Finally, when Hilton had a fragrance coming out, she agreed to go on his late night program so long as he promised not to bring up her time in jail.

“I felt like it was a safe place because I’d been going on Letterman for so many years, and he’d always have fun with me and joke around,” said Hilton, who was sentenced to 45 days in jail in 2007 for violating probation in an alcohol-related reckless driving case. 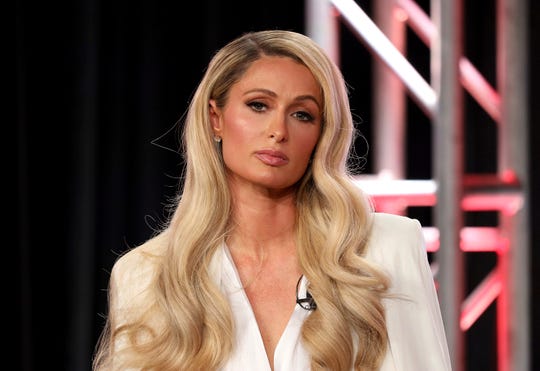 Paris Hilton is speaking out about instances where she said she was mistreated in the media. (Photo: Willy Sanjuan, Willy Sanjuan/Invision/AP)

Soon after Hilton walked onstage, however, Letterman broke his word, grilling her on what food she ate in prison and whom she met behind bars. At one point, Hilton told him, “I’ve moved on with my life so I don’t really want to talk about it anymore.”

“There was not supposed to be one question, and then he just kept pushing me and pushing me and I was just getting so uncomfortable, and I was so upset,” she continued. “It was like he was just purposely trying to humiliate me.”

Hilton said she pleaded with Letterman during commercial breaks to drop the subject, but he wouldn’t relent.

“It was just very cruel and very mean,” she said. “After it ended, I just looked at him, and I said, ‘I am never coming on this show again. You’ve crossed the line.’ I didn’t tell him off because I’m not that type of person, but I got angry.”

According to Hilton, Letterman would have a harder time getting away with that interview if it happened today.

“There’s no way that would happen today,” she said. “It’s such a different world now.”

Hilton added she eventually went back on Letterman’s show after he profusely apologized. She said their next interview was “so much better.”

During the podcast, Hilton also reacted to what she called a “disgusting” NSFW joke Sarah Silverman cracked about her time behind bars onstage at the 2007 MTV Movie Awards.

“To sit in the audience with her just publicly humiliating me, being so mean, so cruel, I was sitting there wanting to die,” said Hilton, who was in the audience that evening. “I was trying to hold back my tears so hard. I had tears welling up in my eyes. I literally wanted to run out of the entire room, but I was trying to be strong.”

She continued: “It was so painful, especially what I was going through in my life, to then have someone be so mean about it was really hard.”

According to Hilton, she hasn’t spoken to Silverman since.