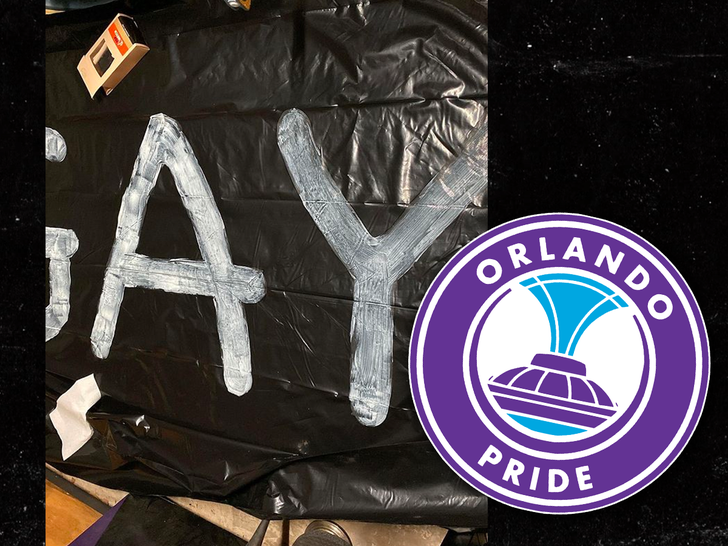 The Orlando Pride is saying a big sorry to its fans … after it forced a group of its supporters at its home stadium to take down a banner that had the word “GAY” painted on it.

The National Women’s Soccer League team issued the mea culpa on Tuesday afternoon — explaining it erred when it forced the removal of the sign at its home game on Saturday.

If you missed it, a Pride support group called the “Black Swans” attempted to hang the sign at the team’s home game against Washington on Saturday, in what appeared to be a clear effort to oppose Florida’s controversial “Don’t Say Gay” bill.

The Swans, though, said the team made them take it down for “political reasons” — something they said they were furious over.

But, the Pride “deeply” apologized for the action this week … saying in a statement it screwed up.

“The organization admits it wrongly focused on signage policies and procedures, instead of allowing the important meaning of this message,” said the Pride, who actually have 49 rainbow seats set up in their stadium to honor Pulse nightclub victims.

“It is a privilege and duty to create a safe, inclusive environment at Orlando Pride matches, and the Club deeply apologizes for violating that trust through this incorrect decision.”

The team added the Swans will be allowed to hang the banner — or something similar to it — at home games moving forward if it wants.

“We remain steadfast in the goal of using our platforms and voices for positive change,” the team said, “all while doing the one thing that ties us together: supporting and showcasing the hard work, talents and impact of the Pride players, both on and off the field.”