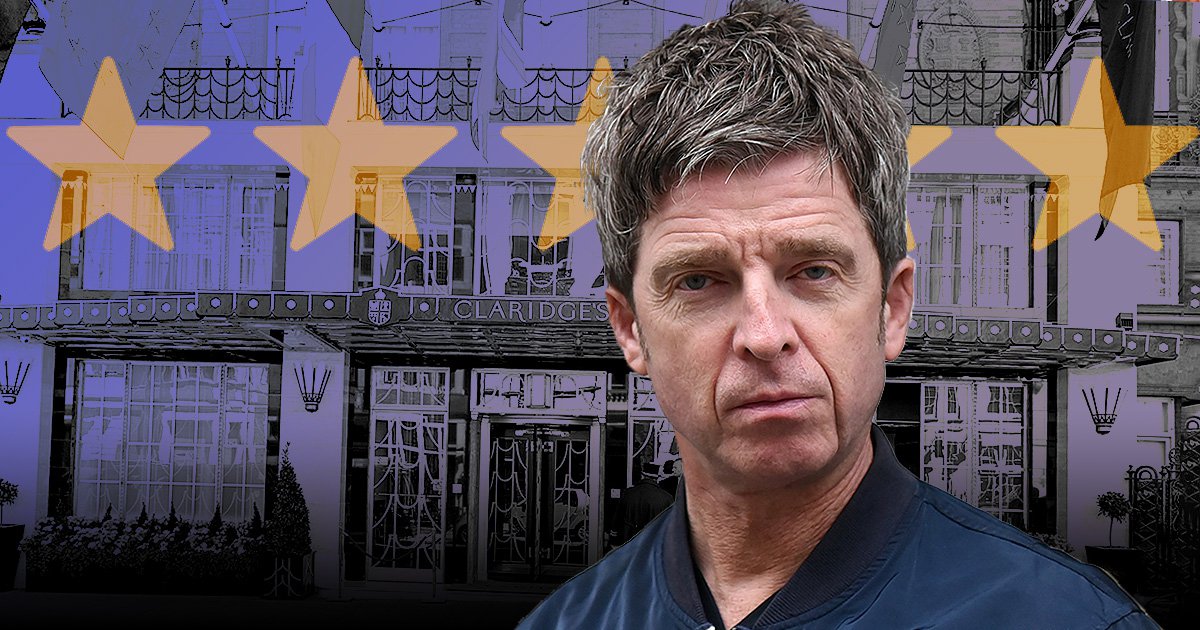 Noel Gallagher has been invited to move into a five-star hotel after his heating broke down and it’s alright for some.

The 54-year-old former lead guitarist of Oasis and High Flying Birds frontman is said to be staying at £1,000 a night Claridge’s Hotel, in London’s Mayfair.

The Don’t Look Back In Anger singer has also reportedly brought his wife Sarah McDonald, 50, and their kids Donovan, 14, and Sonny, 11, along with him.

The family opted to live in luxury after the central heating in their home stopped working, and they’re now all enjoying the indulgences of a five-star lifestyle.

Noel said: ‘We’ve had no heating for a week. The house is freezing cold. It will take a week to heat it back up.

‘I had the day off, I was mooching around Soho and trying to avoid having my picture taken, so I decided I’d have a massive f*****g afternoon tea with sandwiches and scones and it was great.’

The rocker also went on to reveal that he bumped into movie star Sean Penn in the hotel, and they ended up spending the afternoon together enjoying a ‘chinwag’.

He said: ‘I’d say this hotel is the best and I bumped into Sean Penn today — he was wandering around the reception. He took his glasses off and did a double take and I had a chinwag with him. He’s a dude.’

Noel hit headlines recently for other reasons after slamming Harry Styles, suggesting that the ex-One Direction star doesn’t write his own music.

‘You’re not telling me Harry Styles is currently in a room somewhere writing a song.

‘With any joy, he’ll be surrounded by a lot of girls.’