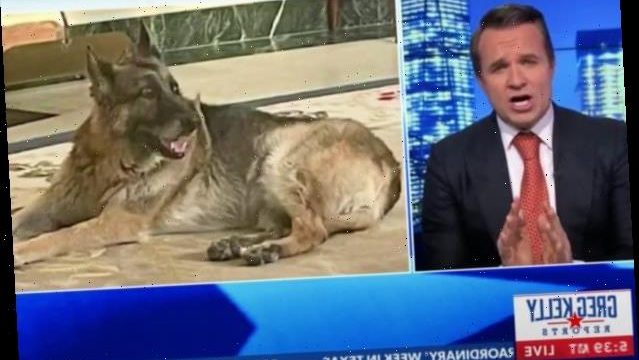 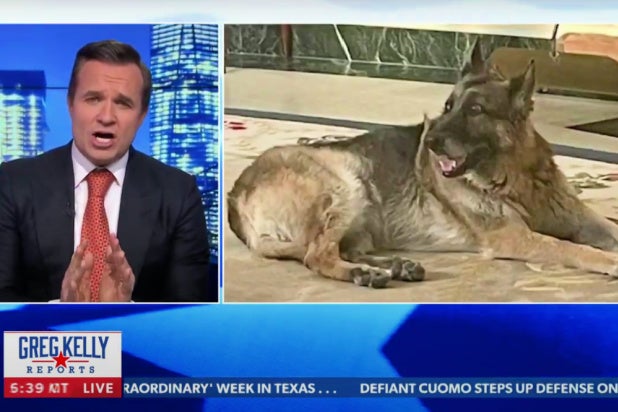 The cartoonishness of Newsmax host Greg Kelly never ceases to amaze. On Friday’s episode of “Greg Kelly Reports,” the host took aim at Joe Biden’s dog, Champ, saying the German shepherd looks like he came “from the junkyard.”

“I want to show you something I noticed. Does anybody look a little, uh, a little rough?” Kelly said with a desperate laugh. “I love dogs, but this dog needs a bath and a comb and all kinds of love and care. I’ve never seen a dog in the White House like this.”

Kelly then tried to negatively compare Champ, who is 12 years old, to some past presidential dogs, like Bill and Hillary Clinton’s chocolate lab Buddy, and George H.W. Bush’s English Spaniel Millie.

No one involved in this segment bothered to compare Champ with John F Kennedy Jr’s German shepherd, Clipper, though.

Here’s a picture of Biden’s dogs Champ and Major — Champ, who inexplicably drew the ire of Newsmax, is on the left. 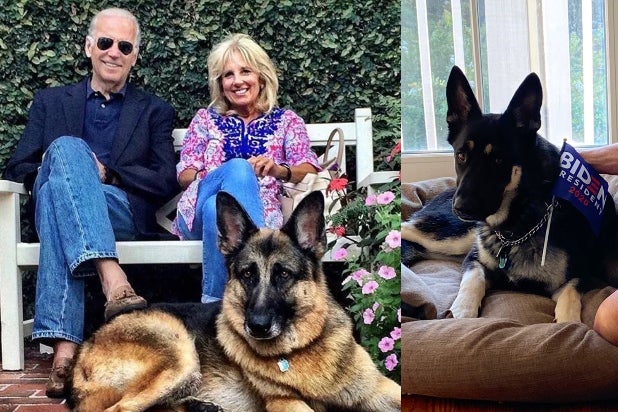 You can watch the clip below.

“I remember Buddy. I remember Millie. I remember lots of dogs, but not a dog who seems, I don’t know. I don’t know how much love and care he is getting. Let’s bring in the historians. I’m having fun with this obviously but I do want to talk about some stuff,” Kelly said, as he brought actual guests onto his Newsmax show to make fun of Biden’s dog.

The guests in question were Craig Shirley, who wrote four separate books about Ronald Reagan, and Doug Wead — best known for secretly recording all his phone calls with members of the Bush family for over a decade.

“Millie had like a staff, and they really took care of her. Very beautiful dog,” Kelly said to his guests. “This dog looks like from, I’m sorry, from the junkyard. And I love that dog, but he looks like he’s not been well cared for.”

Shirley agreed, throwing in some new insults of his own while he Millie and Ronald Reagan’s golden retriever Victory.

“No, he looks very dirty and disheveled, and very unlike a presidential dog like Millie or Victory or something else in the past in the White House,” Shirley said.

In the very same episodeon Newsmax, Kelly had only praise for Ted Cruz after he left his pet poodle alone at his house while Texas froze over and he and his family went to Cancun for vacation.

“I really like and admire Ted Cruz. He is very smart, so powerful when he speaks, and he’s great,” Kelly gushed while discussing Cruz’s behavior this week.

“In my book, all is forgiven in this matter.”