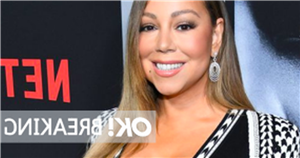 The second episode of the Duchess of Sussex’s Archetypes podcast has been released on Spotify.

In it Meghan Markle tells Mariah Carey she was "only treated like a black woman" when she started dating Prince Harry.

Meghan says: “I mean if there’s any time in my life that it’s been more focused on my race, it’s only once I started dating my husband.

“Then I started to understand what it was like to be treated like a black woman, because up until then I had been treated like a mixed woman and things really shifted.”

Titled The Duality Of Diva, in the wide-ranging interview Meghan talks with the pop superstar about the “complexities surrounding the ‘diva'” and the negative connotations associated with the word.

At one stage Carey declares that Meghan has “diva moments sometimes”.

Meghan says: “That’s really important for people to remember that there might be this persona, this diva thing we can play into. It’s not something I connect to but for you, it’s been a huge part.”

Carey replies: “You give us diva moments sometimes Meghan. Don’t even act like.”

Meghan responds with: “What kind of diva moments do I give you?

The duchess began the conversation by asking the name of Carey’s dogs – Cha Cha and Muttley P Gore Jackson.

In the podcast, Mariah Carey tells Meghan about her childhood, saying: “I didn’t fit in, it would be more of the black area of town, or then you could be where my mom chose to live, where the more white neighbourhoods and I didn’t fit in anywhere at all.”

Meghan replies: “Yeah. I understand that.”

Carey described how she was teased by a boy at school for having only three shirts and wearing them on rotation, adding: “It was true.”

The singer added: “In a world where you’re the mixed kid of a full-on white neighbourhood that’s what you get.”

She added that when Carey first came on the music scene she thought: “Oh my gosh. Someone who looks like me.”

Mariah Carey and the Duchess of Sussex also bonded as they shared stories about dealing with their natural hair when younger.

Meghan said on the podcast: “Because my hair is so curly and it’s so, so thick, I just remember as a child – because my mom’s black – and so my grandma Jeanette would do my hair, she’d go ‘Just hold onto the sink’.

“And I would grip my little hands on both sides – so you would have no luxury of being tender-headed because she would take the brush and just go whoosh, whoosh.”

Meghan says in a voiceover during the podcast: “Mariah’s own relationship with the diva, the nuances she sees, the history, both personal and cultural that she carries, she’s got me thinking even more deeply about my own complicated feelings towards the label.”

Following a discussion by feminist studies academic Dr Mashinka Firunts Hakopian on the concept of a diva, Meghan says: “It’s interesting, isn’t it? This idea of power, of a person acquiring power and then needing to be taken down, and how that corresponds to the usage of the word.”

She adds: “Isn’t that all so interesting? It is so enlightening, how power and agency and self-invention and the diva and her reputation, they all go hand in hand.”

The duchess recalls the late 1990s period, saying: “I remember really well, the song Barbie Girl had just been released. The Spice Girls are the biggest pop group in the world and Tyra Banks has become the first black woman to land a solo Sports Illustrated cover.

“Platform shoes are in – I had some of those – and butterfly clips are in: I had even more of those, and Mariah Carey has just released her sixth studio album Butterfly and with it the music video for her song Honey… Oh so good.”