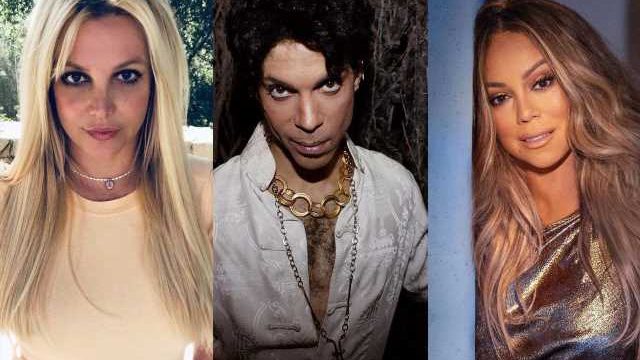 The ‘All I Want for Christmas Is You’ songstress recalls when the ‘If I Was Your Girlfriend’ singer helped her when she had a rough time years ago, noting that ‘I just felt like it was the right thing to do.’

AceShowbiz –Mariah Carey discussed how she made sure that fellow singer Britney Spears felt her support. In a new interview, the “All I Want for Christmas Is You” singer shared that Prince was actually the one who inspired her to reach out to Britney during her conservatorship battle.

“I’m not sure it’s an affinity,” Mariah revealed to NME. “I think everybody on this planet deserves to be free and what they did to her, what I saw, was horrific. So I reached out to her through a mutual friend because I wanted her to know: ‘Guess what? You’re not alone.’ “

Mariah recalled when Prince helped her when she had a rough time years ago. “I remember when I was going through a lot of stuff years ago, Prince reached out to me and gave me a Bible and he talked to me for hours,” she explained. “He’s an amazing person and he cared about the music business and the industry being so screwed up – which it is.”

The mom of two went on to say, “You’ve got to be a giving person. It doesn’t matter whether they’re my best friend or whatever, I just felt like it was the right thing to do.”

This arrrived after Britney called Christina Aguilera out for refusing to talk about her legal situation at a red carpet. “I love and adore everyone who supported me,” the “Toxic” singer wrote on Instagram at the time. “But refusing to speak when you know the truth, is equivalent to a lie!!!”

“13 years being in a corrupt abusive system yet why is it such a hard topic for people to talk about??? I’m the one who went through it!!!” so Britney added.

Actually, Christina joined other stars who showed support for Britney amid her conservatorship, which ended in November. “These past few days I’ve been thinking about Britney and everything she is going through,” Christina said in June. “It is unacceptable that any woman, or human, wanting to be in control of their own destiny might not be allowed to live life as they wish.”