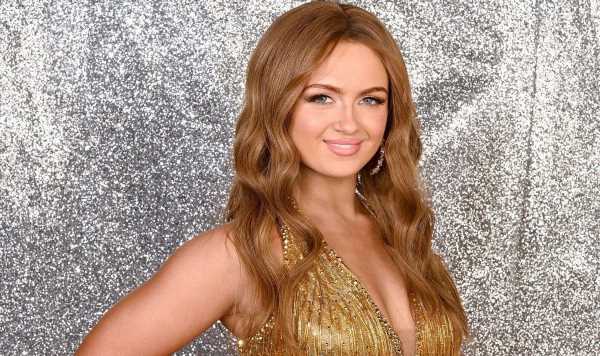 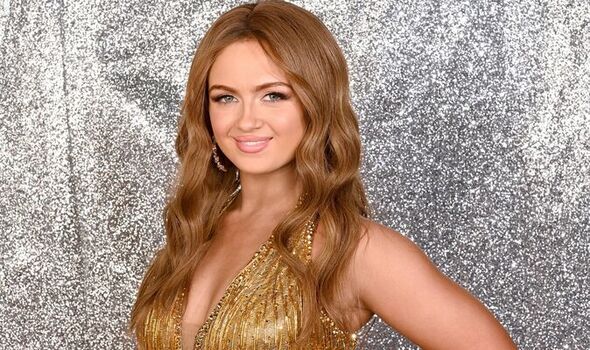 When Maisie Smith set off on her Strictly Come Dancing journey, she set the bar of her ambitions pretty low. As a stage-struck schoolgirl, she had done well in drama, but as for the dance classes she attended on Saturdays?

“I was always put at the back because I stuck out like a sore thumb,” she sighs ruefully. It was never much of a problem because, at the age of six, she joined the cast of BBC One soap EastEnders as Bianca and Ricky’s daughter, Tiffany Butcher and appeared on the soap on and off until her late teens.

Then came the invitation to compete on Strictly in 2020. She knew it was a wonderful opportunity, but how to shake off the memories of that little girl banished to the back row of the chorus?

“It was terrifying,” Maisie, 20, admits now. “People thought I was a lot more confident than I felt but then, as an actress, I know how to put on a front. Saturday was the best night on Strictly – and the worst.

“I don’t think anyone watching would have spotted my mistakes but I’d point my toe or spin in the wrong way and then I’d be sure I’d be in the dance-off. I put a lot of pressure on myself, much too much, I now realise.

“Looking back, it was the best thing I’ve ever done, but even today, if I hear the Strictly theme tune, my stomach does a somersault.”

So, why, I have to ask, is she putting herself through it all over again by signing up for the new Strictly Presents: Keeeep Dancing tour?

A lot of that has to do with support she received from her professional dance partner on the TV show, Gorka “The Corker” Marquez.

“Gorka helped,” she says. He not only gave her confidence, “he stopped me from falling over!”

“Now she feels able to tackle a whole programme of dances with a variety of partners “I’m in most of the numbers and they’ve really stepped up the game. It’s quite intense.”

Strictly has had quite an impact on Maisie’s career. “It’s opened so many doors. After this latest show, I’m touring the UK opposite Kevin Clifton in a new production of Strictly Ballroom. We start in September and don’t finish until next July.”

This new 35-date tour runs through the rest of June until July 23.And it will contain not only unseen routines but a succession of revelations from the professional and celebrity dancers taking part.

Strictly dancer Neil Jones explains. “The idea,” he says, “is to take audiences behind the scenes of the TV show. “From the first phone call offering a regular spot on the show, you’re taken through what it’s like for a professional dancer or a celebrity learning a new dance routine, perfecting it all week, performing it on a Saturday and so on.”

How was that for Neil? “For two years, I’d been working away from the cameras helping to choreograph various aspects of the show and then, in 2016, came the most nerve-wracking phone call of my life.” It was the Strictly producers inviting him to step out of the shadows and join the pro dance team, although he didn’t have a celebrity partner for a few years.

“I was thrown into a world of photo shoots and group numbers,” he says, “and then came the launch show. I will never forget it.”

His first partner was football pundit and ex-player Alex Scott in 2019, and he credits dancing the paso doble with her in Blackpool to Who Runs The World? by Beyoncé as one of his most memorable moments.

Any low points? “The same year I tore a muscle in my leg during Halloween Week. Because I exercise a lot and like to think I’m really fit, it healed in about half the time predicted, but it’s every dancer’s nightmare.” 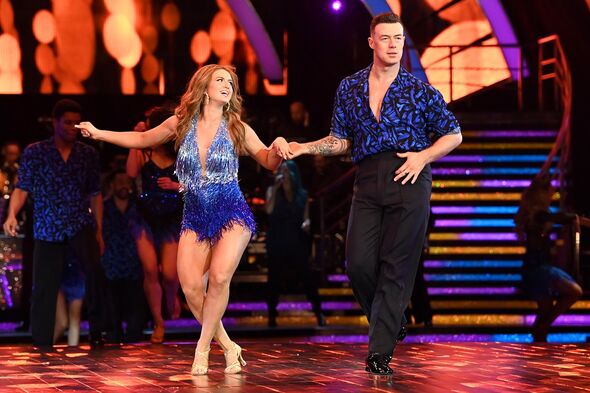 In last year’s Strictly, he was partnered with actress NinaWadia but they were eliminated in the first week.Was he disappointed? “For her, yes. She was quite talented and a quick learner but the nerves just got to her. I felt she could have gone further.”

It doesn’t seem so long ago that Neil was the baby of the pack, but these days, at 40, he is the veteran among the professionals now that Anton Du Beke has become a fulltime judge.

“I still feel in really good shape,” he says. “Cameron’s 21 and he struggles to keep up with me!” Young South African Cameron Lombard describes his Strictly experience since joining last year as “daunting and thrilling at the same time”.

But this tour is more of “a boutique ti experience”, he says. “It’s much more intimate, with the insight it gives into the Strictly bubble. It also means we can talk to the show’s fans more directly both through our dancing and our personal stories.”

Did he know anybody else on the show beforehand? “Yes, I knew Oti Mabuse and Johannes Radebe because both of them are from South Africa. I did workshops with Motsi Mabuse when I was a little boy.

“Then, when I was 10, I saw Neil Jones dancing at the Royal Albert Hall. I never would have dreamed that I’d be dancing in the same show as him 10 years or so later. The whole thing has been surreal.”

In 2020, Polish-born Jowita Przystal, 27, won the Greatest Dancer Show on BBC One, one of the prizes being to perform on Strictly. She was then quickly signed up as a professional. The Live arena tour followed (“such great experience”) and now this latest UK tour.

“I’m dancing with the other professionals but also with celebrities like Rhys Stephenson and Maisie, both of them amazing dancers. Truly, I still feel like I’m living in a fairy tale.”

CBBC presenter Rhys Stephenson, 28, got to the semi-finals of Strictly last year with his Chinese dancing partner Nancy Xu.

“It was a particular thrill because we survived three dance-offs including for the jive,” he says.

“I’d stressed and practised throughout rehearsals. I’d been through all the frustration and fear and then, on the Saturday, I kicked in the wrong direction. It felt like I’d wasted a whole week of work.”

So, what’s a dance-off like? “The worst element is that you can’t help thinking people don’t like you. But it’s not that. People vote for couples to stay, not leave. It’s positive love.

“So it’s great when you’re told you can come back next week – until, that is, you turn to your left and see the other couple who’ve been voted off. Being on Strictly is a very bonding experience so it’s sad for everyone when you realise you’re not going to see two of the contestants again.” Life looked up when Rhys and Nancy did the Argentine tango. “Who knew that lifting your partner across your neck could get such great results? We topped the leaderboard. And I’d lost my fear of dropping her!”

The children’s TV star only has good things to say about Strictly. “Most of all, it’s nice to be recognised by someone who’s over 10,” he says. “Now kids’ parents stop me, say how much they enjoyed watching me dance.And that feels good.”

Nancy, 30, had been touring with Kevin Clifton when she was spotted by the Strictly producers and invited to join the show: “It transformed me from a professional dancer to someone who came into the nation’s sitting rooms every Saturday night.”

She’s loved the experience with the exception of the dance-offs. “I was OK but I was conscious of keeping Rhys’s spirits up. You don’t get that happening on tour, though, because now it’s entertainment not competition.”

“Max George’s route to taking part in this new Strictly tour is unique. The lead singer of the chart-topping band, The Wanted, was aontestant, partnered by Dianne Buswell, acouple of years ago.

“I loved rehearsing and learning a new dance,” says Max, 33. “But Saturday night was a nightmare. I can’t remember anything about the tango we danced on the first night. The next week, before we did the jive,

Dianne asked me if I was all right and I literally couldn’t speak.”

Which is why he isn’t repeating it. “I happened to mention to one of the producers that I’d like to maintain my link with Strictly but as a singer, not a dancer. And, within 24 hours, I was invited to do just that on this new tour. So I’ll be singing a whole range of songs from Bobby Darin’s Mack The Knife to Elton’s Your Song.

“I feel so much more in my comfort zone although I do have to do a tiny bit of dancing. But I’ve got a plan: I’m going to place myself behind Rhys and Maisie at the back and amble around. I’m really looking forward to it.”