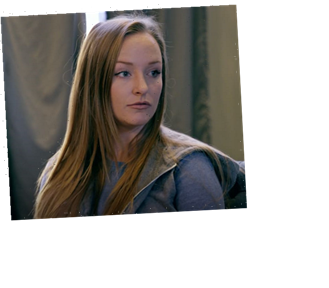 Maci Bookout just wants what is best for her son.

As anyone who has followed the journey of this Teen Mom OG star knows well, what has been best for 12-year old Bentley has rarely been to spend time with his father, Ryan Edwards.

These days, due to the long-running personal problems that have plagued Edwards, Maci is not even lettiing Bentley see his dad.

Or, to hear Bookout explain it, as she did this past Tuesday night on the season premiere of Teen Mom OG, Bentley simply doesn’t want to see his dad.

“I have raised Bentley to be an individual, to be himself and it’s okay to feel however he feels,” Maci told In Touch a few days ago in response to Ryan’s father alleging that Maci is keeping Bentley away from his side of the family.

“Honestly, I have not raised him to give anybody the ability or the power to influence him, not even me. So there’s that. Really nothing else to say.”

In a follow-up interview with this same tabloid, Maci acknowledges that Bentley and Ryan have an “uncomfortable” relationship.

But her son is now attending therapy sessions in order to smooth things out.

“It came about because Bentley had shared concerns with me and [my husband] Taylor McKinney and was feeling really uncomfortable around Ryan and had mentioned that he didn’t really want to be around him or see him and stuff like that,” Bookout tells In Touch.

Maci claims she told Bentley that she understands his hesitation.

But Edwards is one of his parents.

What Bentley can do, however, is take certain steps toward solidifying his relationship with his dad.

“Bentley started therapy with the ultimate goal that [he] and Ryan would go to therapy together, just the two of them to have their own safe space…

… to talk and build the relationship or do whatever they wanted to or needed to do,” Maci says.

“And that’s what I really wanted to do.”

Way back in the day, in October 2008, viewers met Maci and Ryan on 16 & Pregnant, during which time they welcomed Bentley.

Maci is now happily married to Taylor and they share two kids, Jayde, 5, and Maverick, 4.

She’s moved way on from Ryan in a romantic sense, but she’ll always be linked to him due to their shared son and she’ll always need to think about him because he needs to play some role in Bentley’s life.

She does recognize this.

But Bentley is the one holding himself back these days, Bookout insists.

“I couldn’t tell you the last time the words, ‘I wanna see my dad’ came out of his mouth,” Bookout said on Tuesday’s season premiere of Teen Mom OG.

The topic of seeking professional help then came up on air as well.

“He doesn’t want to see his dad anymore unless he gets therapy,” Maci adde on the episode.