Quite the gift! Machine Gun Kelly raised eyebrows in February when he shared a photo of himself wearing a necklace that contained Megan Fox‘s blood. Now he’s explaining why he has it, revealing that the actress, 34, gave him the jewelry as a gift.

“Well, she was actually going out of town to film a movie. This was really new in our relationship,” the rapper, 31, explained on The Ellen DeGeneres Show on Wednesday, May 12. “I didn’t have a passport either. So, she was going out to Bulgaria so I was kind of freaking out, like, ‘You’re gonna leave and I can’t even come see you.’”

With that, the Transformers star gave him the pendant — and he still carries it with him when he’s not wearing it. 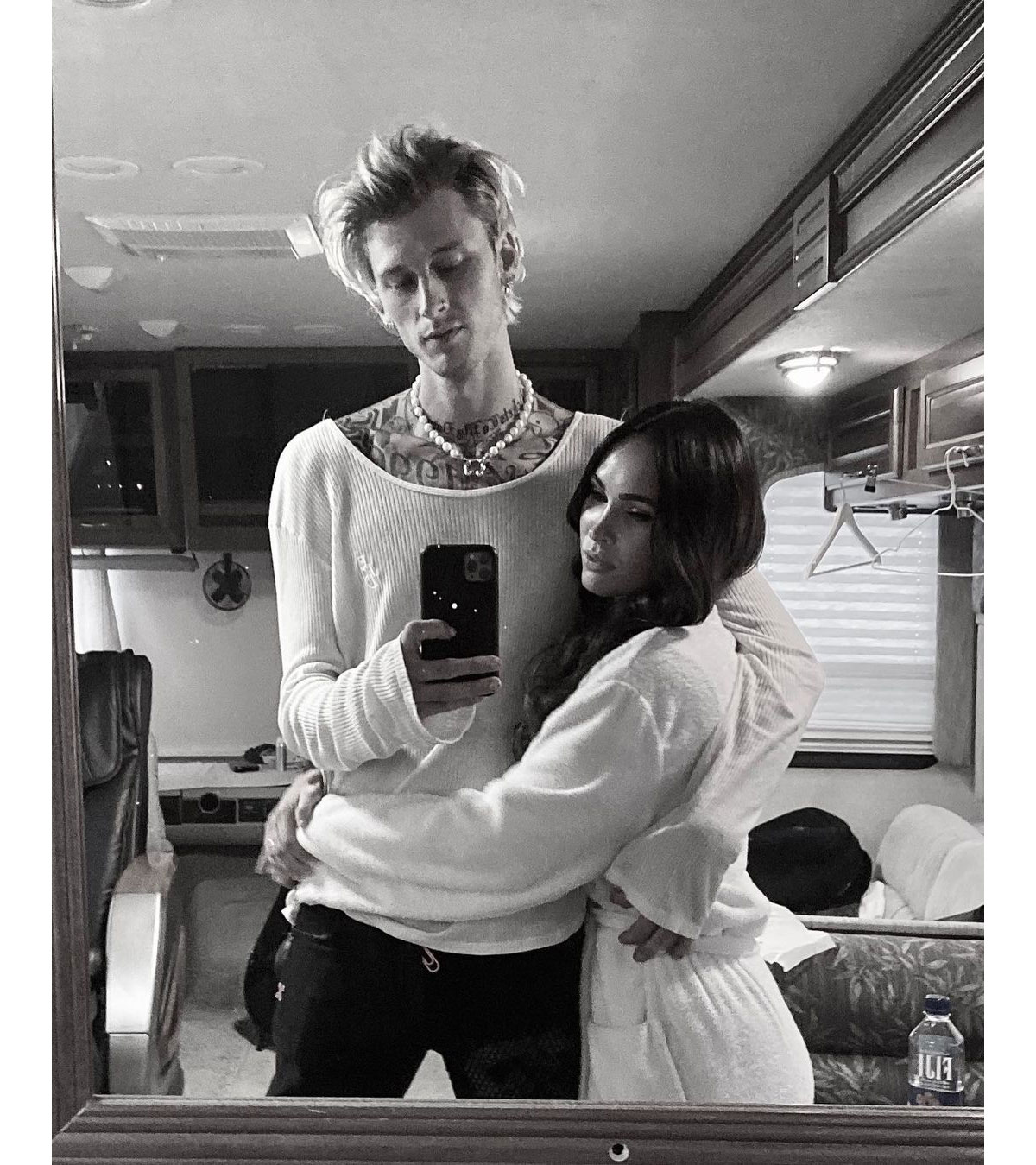 “Some people give, like, a handkerchief to their partner or whatever,” the “Bloody Valentine” singer said. “She gave me her DNA.”

During his interview with Ellen DeGeneres, the musician also explained that Fox moved into a new home shortly after the pair started dating, and they both believe that it’s haunted.

“She called me, she locked herself in her bedroom one time,” he recalled, noting that the doors were opening and shutting on their own. “I had a weapon to make sure that everyone was safe. So I went through the house with a weapon.” 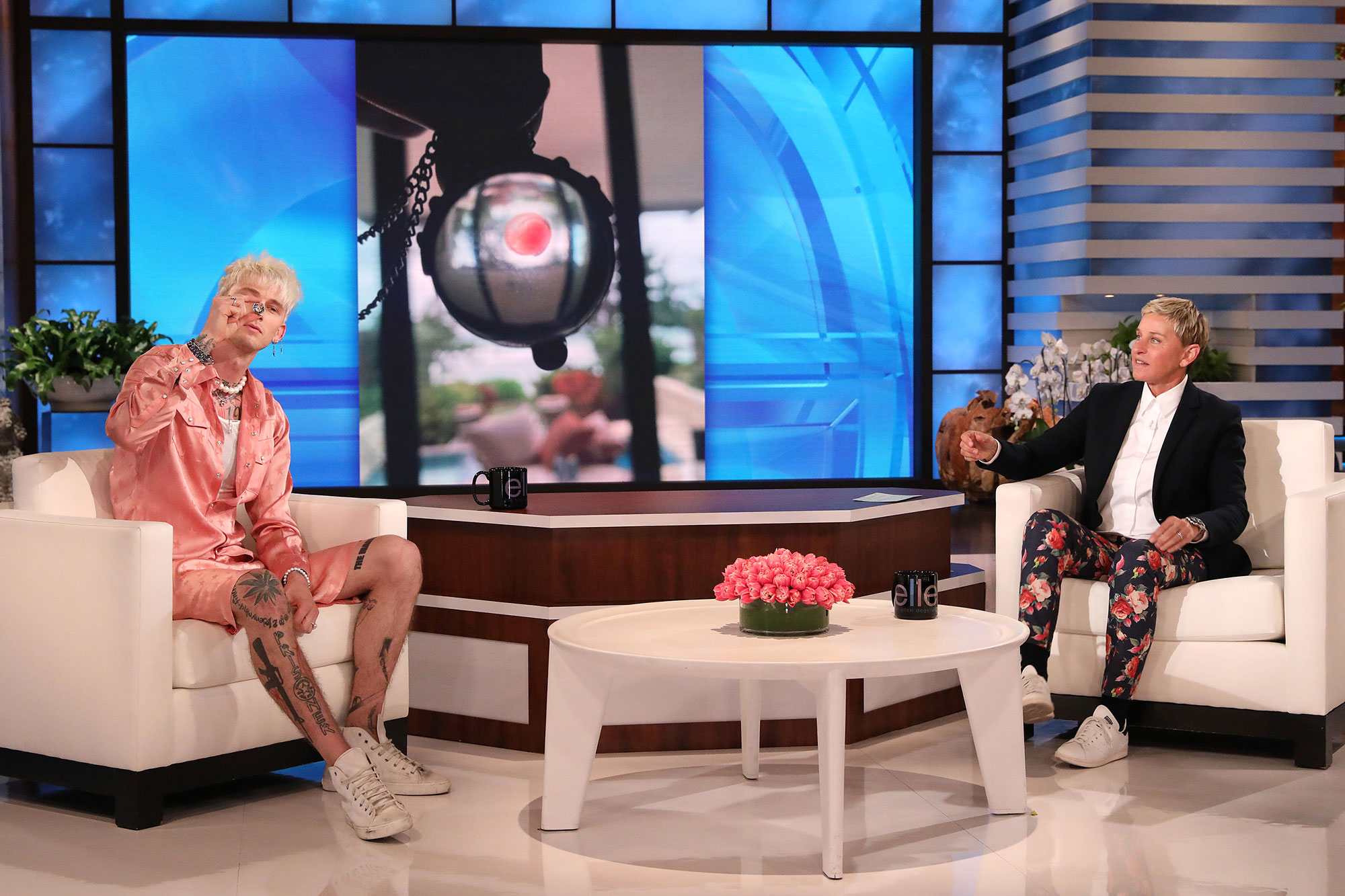 DeGeneres then asked, “To shoot a ghost?” the Dirt actor laughed and responded, “Then we realized we needed Ghostbusters. What I had was not going to defeat whatever enemy was in this house. That realization came later, ’cause at first, I was looking for a culprit that we later found out didn’t exist.”

However, it’s not just Fox’s home he believes is haunted — his friends often say there’s spirits in his kitchen. “I think they’re just, like, high ghosts. They’re always making ghost snacks or, like, washing ghost dishes,” the Texas native said. “They’re only doing pantry or refrigerator things. Sometimes, I’ll let off, like, a ‘Thank you!’” 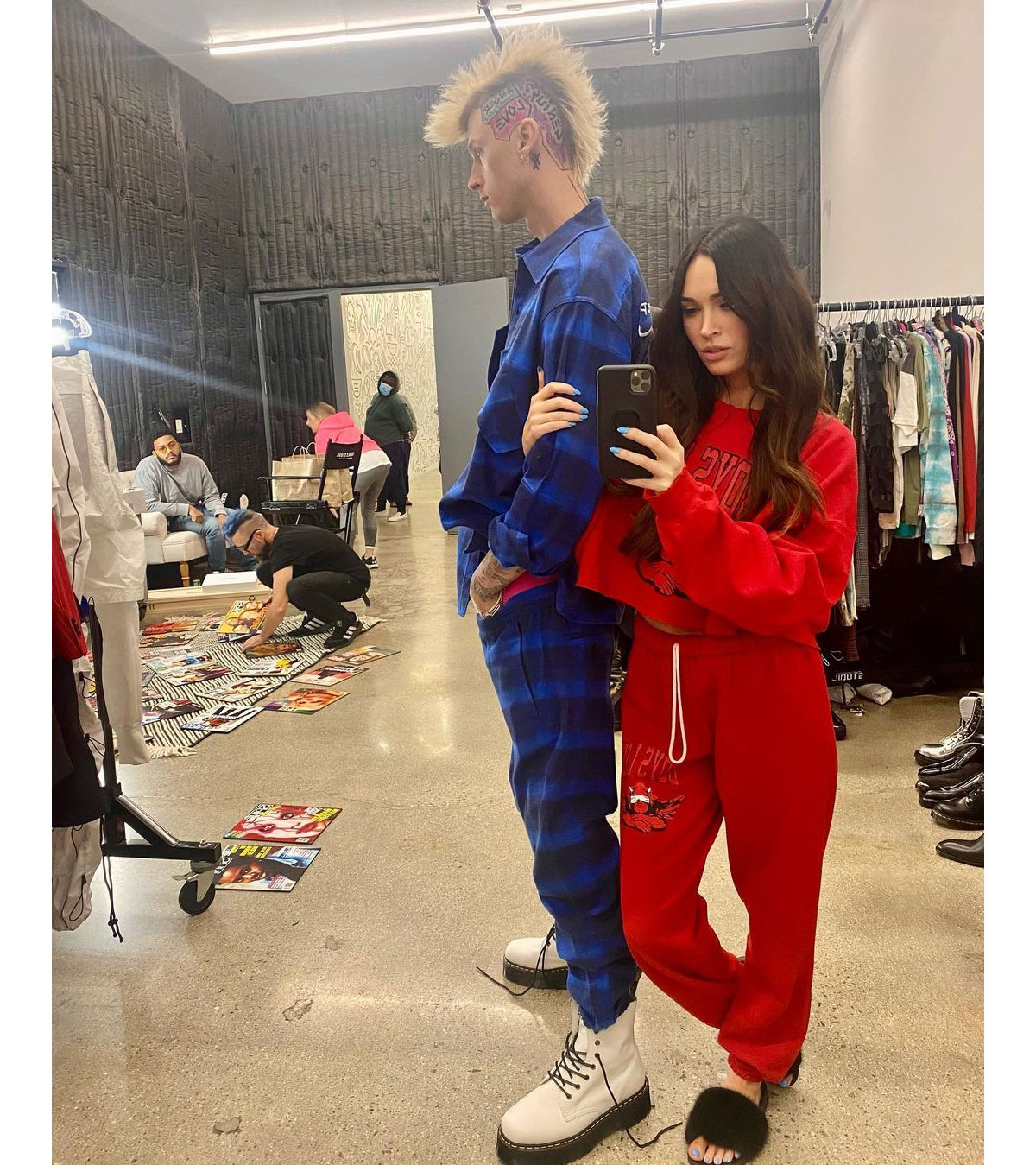 Kelly and the New Girl alum confirmed their romance in June 2020, one month before she opened up about their connection.

“I knew right away that he was what I call a ‘twin flame,’” the Teenage Mutant Ninja Turtles star explained on the “Give Them Lala … With Randall” podcast in July. “Instead of a soul mate, a twin flame is actually where a soul has ascended into a high enough level that it can be split into two different bodies at the same time. So we’re actually two halves of the same soul, I think. And I said that to him almost immediately because I felt it right away.”