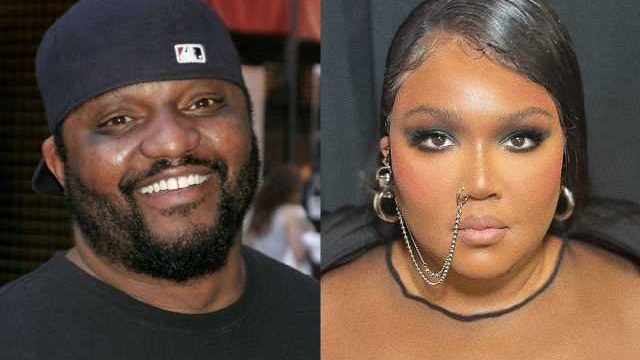 Taking to social media, the ‘About Damn Time’ hitmaker clarifies that she’s not specifically talking about the comedian, who said that she looked like ‘the s**t emoji,’ in her acceptance speech.

AceShowbiz -Does Lizzo just confirm that she threw shades at Aries Spears in her 2022 MTV Video Music Awards acceptance speech? In her social media statement, the “About Damn Time” hitmaker insisted that she’s not specifically targeting the comedian after being body-shamed.

On Monday morning, August 29, the 34-year-old chart-topping artist clarified that her comments were more of a blanket statement addressing anyone and everyone who’s ever had a negative thing to say about her. “Lemme make one thing VERY clear — I wasn’t addressing anybody in my speech last night…I was addressing EVERYBODY,” she tweeted, adding a trio of kiss mark emojis.

Lizzo spoke out after many believed that she threw shade at Aries Spears in her MTV VMAs acceptance speech.

On Sunday night, Lizzo took the stage to deliver her acceptance speech at the Prudential Center in Newark, New Jersey as she won the Video for Good category for “About Damn Time”. “[Your vote] means everything to make a change in this country,” she said. “So, remember when you’re voting for your favorite artists, vote to change some of these laws that are oppressing us. Now, to the b***hes that got something to say about me in the press … I’m not gonna say nothing! Why don’t you clap back? Because b***h, I’m winning, h*e! Big b***hes winning, h*e! Best revenge is your paper b***h!”

Lizzo later shared a clip of her speech on Twitter. Captioning the footage, the “2 Be Loved” singer wrote, “KEEP MY NAME IN YO MOUF CUS I KNOW IT TASTE GOOD B***H.”

The shady speech came in the aftermath of Aries’ comments during an interview with The Art of Dialogue. On Friday, he discussed Lizzo’s body, comparing her to “the s**t emoji.” He said, “She got a very pretty face, but she keeps showing her body off n***a. I’m sorry. I ain’t the most in shape n***a in the world.”

“But when you funny and you got swagger and confidence and you decent looking, I think I’m at least handsome, you get p***y,” Aries continued. “But a woman that’s built like a plate of mashed potatoes, you’re in trouble.”

After Lizzo’s fans caught wind of the situation, they swiftly defended their idol. Aries then uploaded a follow-up Instagram video on Saturday, alleging he knew he would receive backlash for his comments.

“I KNEW IT WAS COMING!!! If the people that are angry, particularly women, really paid attention to the art of dialogue interview, one, I even called myself out for needing to lose weight,” the comedian expressed. “And two, more importantly, the main point was celebrating the wrong thing there’s a lot of hypocritical women who also bash men at laughters expense, but if you’re going to celebrate sisterhood while Lizzo’s confidence is commendable, it’s also dangerous.”