Liam Payne isn’t ruling out a One Direction reunion. In a new Instagram Live, Payne answered fan questions and revealed he had a lovely conversation with his former 1D bandmate, Harry Styles, that had him thinking about getting the boys back in a room together one day.

During the Live, the “Strip That Down” singer was asked if he had spoken to Styles recently, to which Payne said they did in fact chat.

“Yeah, I did speak to Harry, and it was really lovely,” Liam revealed. “He called me because he has a sixth sense for if I’m struggling or if one of us is in trouble I feel like.”

“I spoke to him and it was a really lovely catch-up actually,” he continued. “And I’ve got a lot of love for the man. He’s great, he’s really, really great.”

All five members of the group — Payne, Styles, Louis Tomlinson, Zayn Malik and Niall Horan — decided to each pursue solo projects by 2016, when the band parted ways, and the time apart hasn’t always been easy for Payne, who called it a “hard” position to be in.

“It’s hard in this position sometimes, you’re watching people’s stories from afar that you used to know so well,” Payne said.

“That can be difficult when you feel like a piece of you is missing with them at that point I guess,” he added. “And I think we’ve all felt this at different times, me and the boys.”

Payne went on to say that he misses his “dear friends,” but understands the path their solo careers and successes have taken them on. “It’s almost like missing a very dear friend a lot of the time, but everyone’s so busy and you’ve got to be understanding of all that,” he shared.

All that nostalgia had the singer yearning to eventually get the band back together.

“I’d love for us to get in a room at some point,” he said, surely to many fans’ excitement. “I think it would be the best thing.”

“We’ve all said it outside but we’ve just not said it to each other,” he added. “There’s a song in there somewhere. Somebody write that down!” he quipped.

For more on One Direction and a potential reunion, watch the video below.

Niall Horan Says He Thinks One Direction Will Get Back Together One Day! 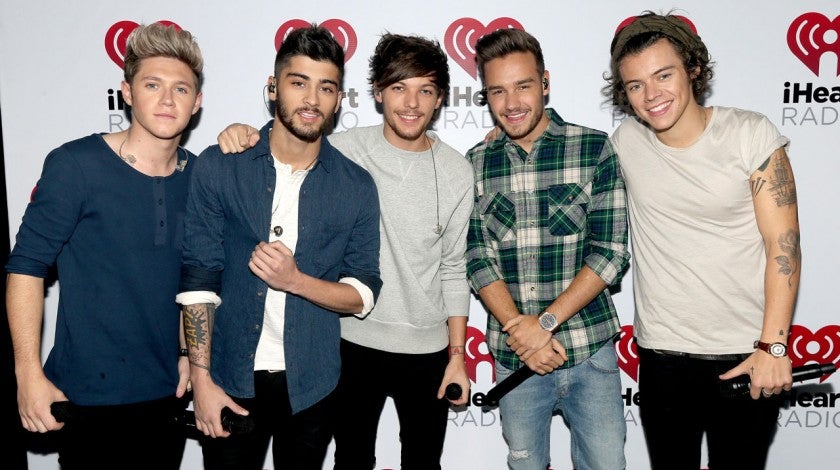 One Direction Through the Years