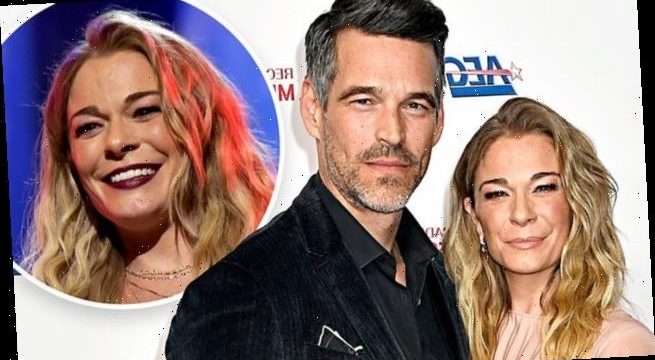 LeAnn Rimes’ husband Eddie Cibrian was ‘incredibly proud’ of his wife for speaking out about her experience with psoriasis.

The 47-year-old actor recently spoke to Page Six and discussed his spouse’s appearance last October’s edition of Glamour, where she posed naked and showed the world the effects of the skin condition.

The Baywatch Nights actor told the media outlet that he hoped the 38-year-old’s openness about her battle with psoriasis would help those who ‘are ashamed and want to hide it.’ 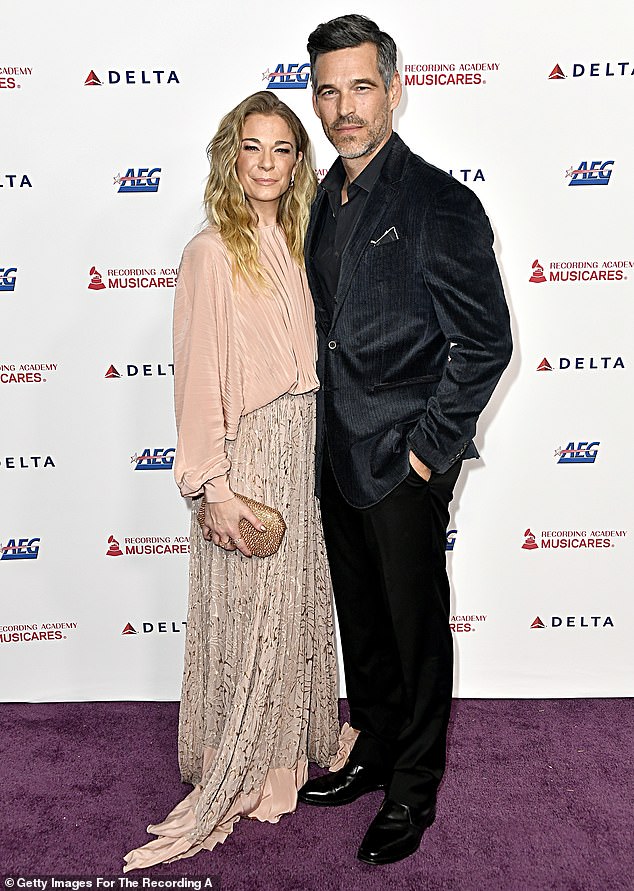 Happy husband: Eddie Cibrian recently told Page Six that he was ‘incredibly proud’ of his wife LeAnn Rimes for being open about her battle with psoriasis; seen in January of last year

Cibrian also spoke about how he felt that his wife’s magazine feature would boost the self-esteem of those who are afflicted with the condition and make them feel fine about themselves.

In the Glamour article, Rimes spoke about how she was ashamed of having psoriasis and would often take drastic measures to conceal its effects on her body.

‘When I was in public, I did everything I could to hide it. Onstage I’d often wear two pairs of pantyhose or jeans—even in 95-degree heat. Underneath my shirt, my whole stomach would be covered in thick scales that would hurt and bleed,’ she recalled. 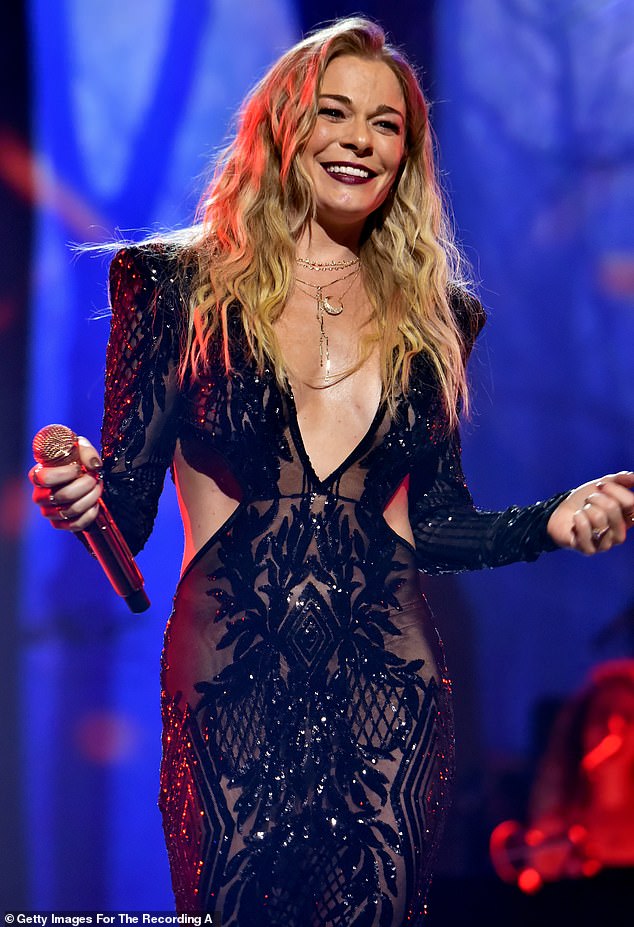 Greater purpose: The Baywatch Nights actor expressed that Rimes’ openness about her condition would offer comfort to those who ‘are ashamed and want to hide it’; she is seen performing in 2020

The How Do I Live singer also expressed that the onset of the global pandemic was brutal to weather through, and her condition worsened as a result.

‘Stress is a common trigger for psoriasis, and with so much uncertainty happening, my flare-ups came right back,’ the performer noted.

Rimes went on to speak about how she has been working on keeping herself in a healthy state of mind while learning to accept her condition.

She said, ‘even though I’ve opened up, I’ve still kept it hidden. And when you’re hiding your physical body, there’s so much that rolls over into your emotional and spiritual mental health.’ 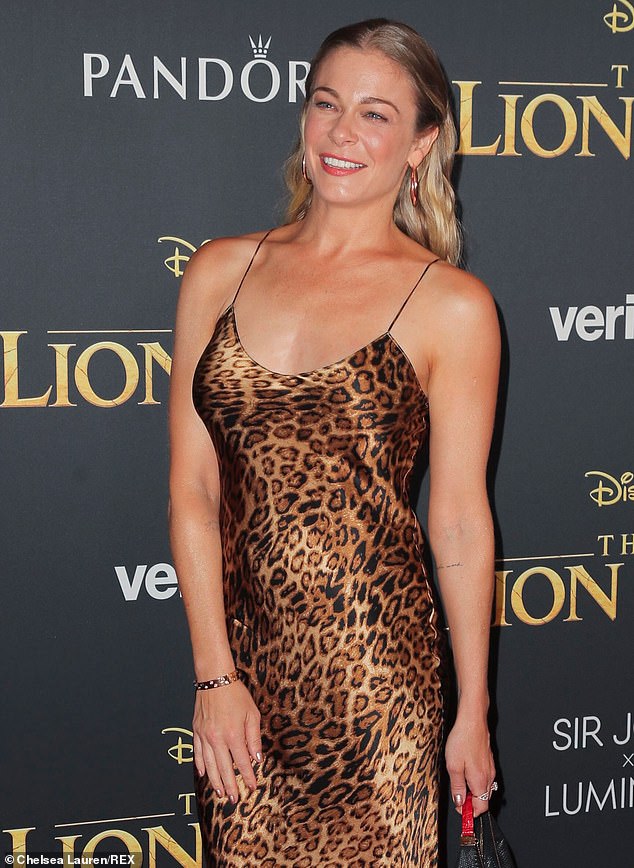 Working through it: In an article published by Glamour, the songwriter expressed that her condition worsened due to the stress brought on by the onset of the global pandemic; she is pictured in 2019

The songwriter also remarked that Cibrian has been supportive of her over the course of their relationship and that he has been a major part of keeping her self-esteem high.

‘Before this shoot, my husband would look at me like, “I don’t even see that,” which I obviously didn’t understand. I’d think, How can’t you see it?! It’s all over me! I think I see what he sees now,’ she recalled.

The pair first met while working on the set of the 2009 made-for-TV film Northern Lights and became engaged the following year, with their marriage taking place in 2011.

The couple received heavy press coverage during the early stages of their relationship due to their infidelity to their respective spouses. 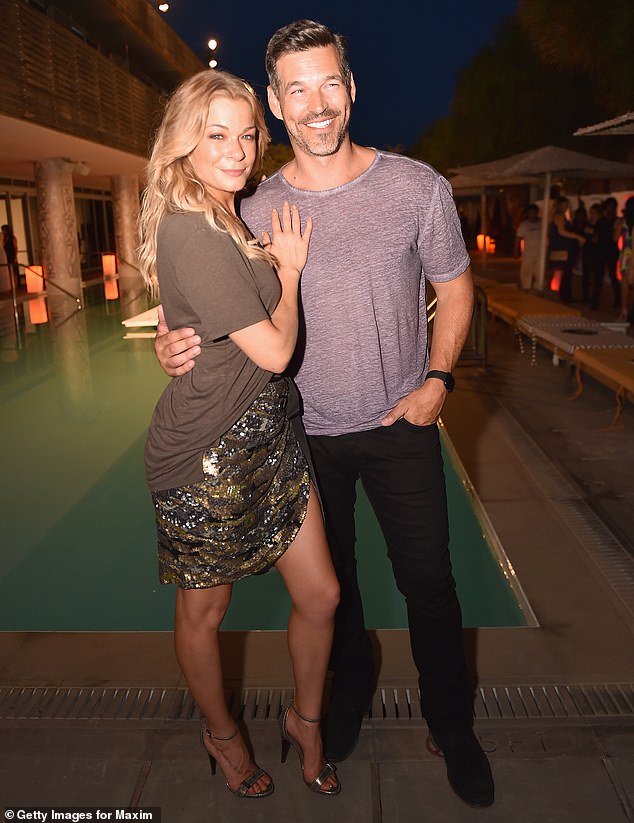 Somebody to lean on: The How Do I Live singer also noted that her husband has been a constant source of support during her battle with psoriasis; the two are pictured together in 2015

The singer subsequently filed for divorce from her husband and former backup singer Dean Sheremet, and Cibrian dissolved his marriage with reality TV star Brandi Glanville, with whom he shares two children.

During the Glamour article, Rimes concluded that she would continue to face psoriasis head-on and that every day was another chance to boost her self-esteem.

‘When you finally allow yourself to step outside of what you’ve been caging in, the whole world opens up. There’s freedom in even just putting one foot outside the door,’ she said. 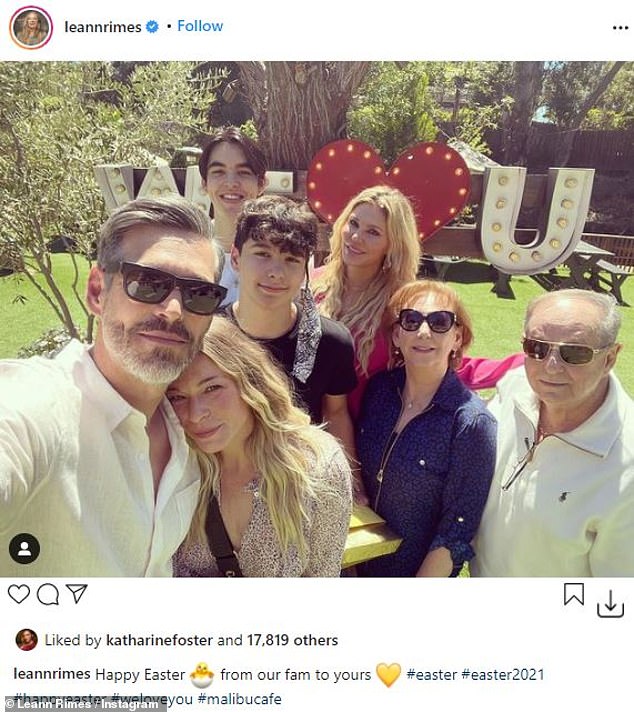 All friends now: LeAnn and Eddie with his ex Brandi Glanville as well as the two sons they had together in Malibu