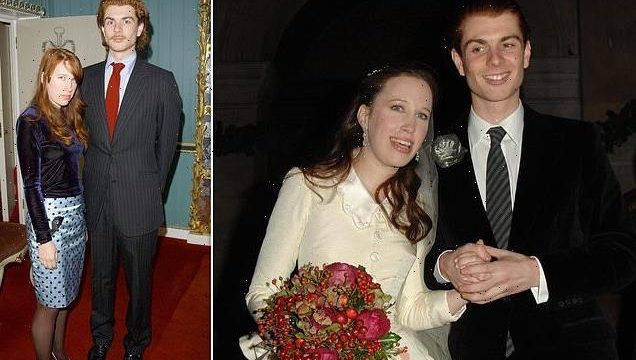 EDEN CONFIDENTIAL: Lord Snowdon’s daughter Frances (whose mother the Lothario photographer cheated on Princess Margaret with before making her his second wife) splits from her art dealer husband

The late Lord Snowdon was never inhibited in expressing emotions, as he demonstrated when art dealer Rodolphe von Hofmannsthal sought his permission to marry his younger daughter, Frances Armstrong-Jones.

Responding without hesitation, the celebrated photographer gave his prospective son-in-law his blessing — and hugged him in delight.

But how, if he were still alive, would Snowdon react if he saw von Hofmannsthal today? I ask because, after 16 years of marriage, Rodolphe, 41, and Frances, 43, have parted company. ‘They hadn’t been getting on for quite a while,’ I’m told. ‘They tried to hold it together for the children but, in the end, it just didn’t work out. Rodolphe’s moved out.’

Their union began with a glamorous society wedding at St George’s church, Hanover Square, in West London, with Snowdon radiating paternal pride as he gave Frances away, and with the Marchioness of Douro and Sienna Miller and her then beau, Jude Law, among the guests.

Also there, amid a slew of Armstrong-Joneses including Frances’s half-siblings, David (then Viscount Linley) and Sarah Chatto, was effervescent man-about-town Nicky Haslam, who extolled Rodolphe for being both ‘luxuriantly red-haired and outstandingly clever’ and Frances for being ‘exquisite’ and a ‘proud possessor of a 22-inch waist’. The couple have two children. 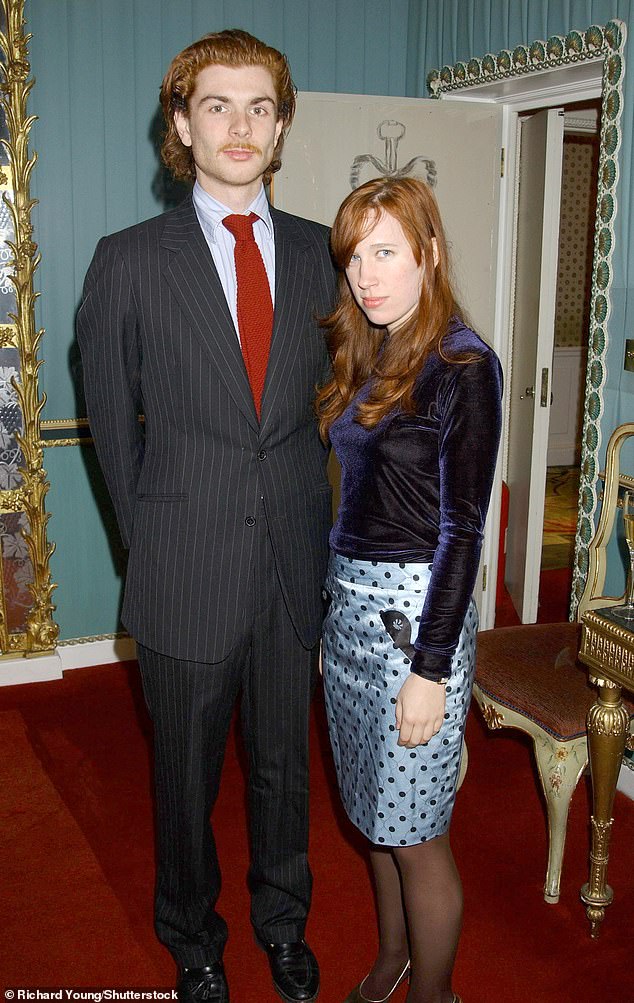 But how, if he were still alive, would Snowdon react if he saw von Hofmannsthal today? I ask because, after 16 years of marriage, Rodolphe, 41, and Frances (pictured together), 43, have parted company 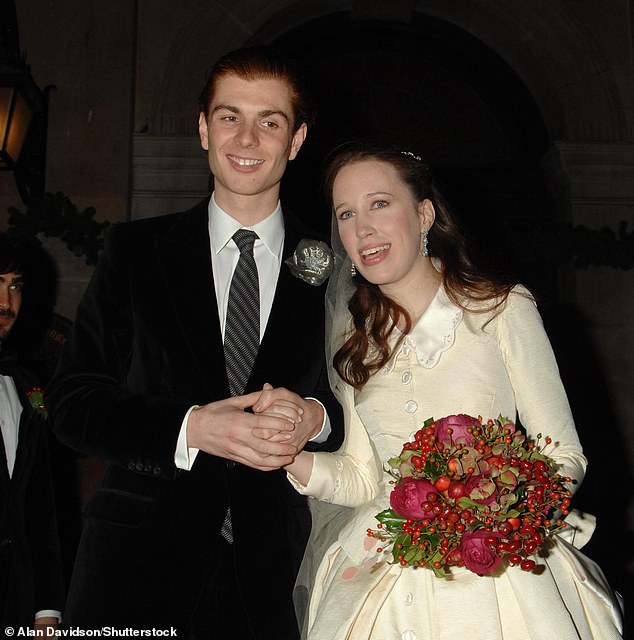 Their union began with a glamorous society wedding at St George’s church, Hanover Square, in West Lon-don, with Snowdon radiating paternal pride as he gave Frances away, and with the Marchioness of Douro and Sienna Miller and her then beau, Jude Law, among the guests

Lady Frances’s father — Tony Armstrong-Jones before being ennobled — enjoyed numerous affairs during his first marriage, to Princess Margaret, including one with Frances’s mother, Lucy Lindsay-Hogg.

Despite his 1978 marriage to Lucy — who gave birth to Frances seven months later — Snowdon was simultaneously romantically involved with journalist Ann Hills, who killed herself in 1996.

He subsequently fathered a son, Jasper, with another journalist, Melanie Cable-Alexander, in 1998.

A spokesman for von Hofmannsthal, a director of David Zwirner Gallery in London, declines to comment. Inquiries at Luncheon, the magazine which Frances co-founded, went unanswered.

TV golden girl Holly Willoughby has been tarnished by claims of ‘queue jumping’ after she and fellow This Morning host Phillip Schofield were accused of bypassing the 13-hour line of people waiting to see the Queen’s lying-in-state.

Now, however, a friend of Her Majesty has rushed to Holly’s defence.

Harry Herbert — whose father, ‘Porchey’, the 7th Earl of Carnarvon, was the Queen’s racing manager and close confidant — declares passionately: ‘They never jumped any queue.’

He adds of the ITV presenters: ‘Awful what they are going through.’ 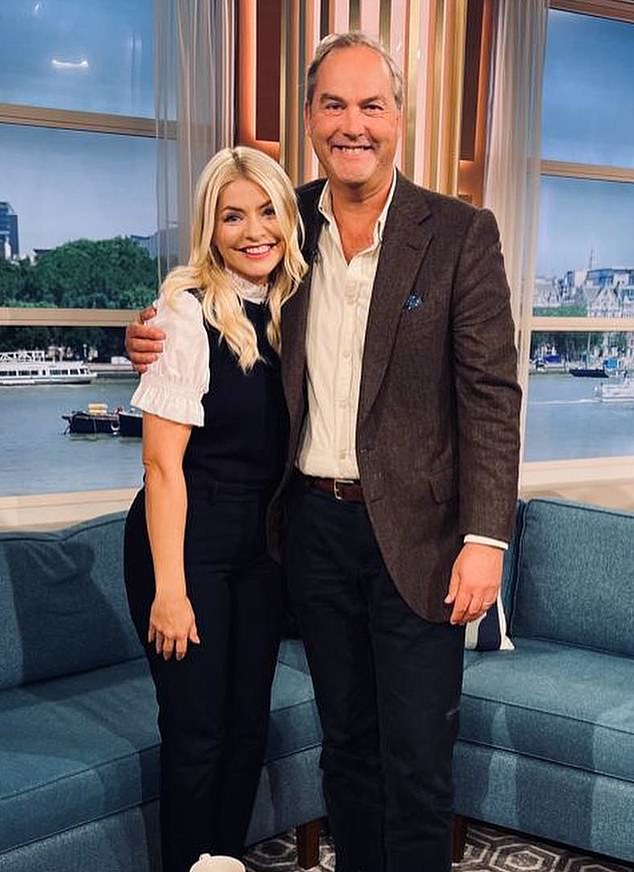 Harry Herbert (right) — whose father, ‘Porchey’, the 7th Earl of Carnarvon, was the Queen’s racing manager and close confidant insisted Holly (left) and Phil did not skip the queue 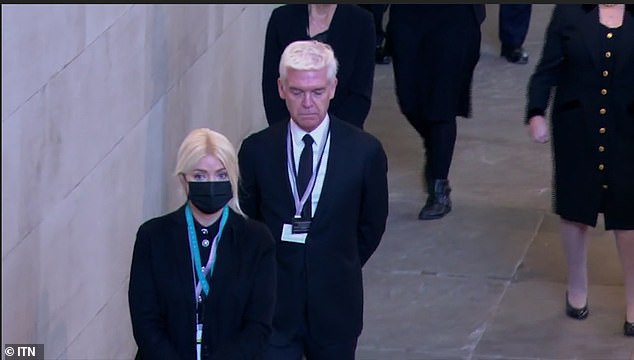 Surely, this is no place for a Lady?

Former ‘face of Ascot’ Martha, Lady Sitwell has declared that she plans to join OnlyFans.

That’s the website whose content creators — some of whom are sex workers, some of whom provide content featuring no nudity at all — charge users for provocative and intimate photos, videos and text messages. 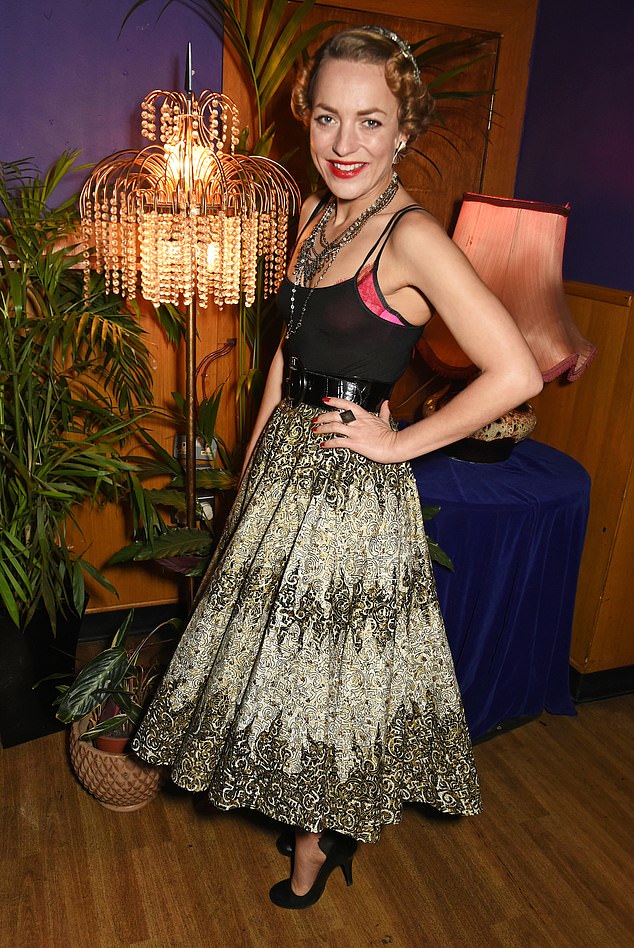 Former ‘face of Ascot’ Martha, Lady Sitwell (pictured) has declared that she plans to join OnlyFans

The former wife of film-producing baronet Sir George Sitwell added: ‘Other suggestions (that don’t mean actually going on the game) welcome, too.’

Martha, 42, who divorced in 2017 and claims she was left almost bankrupt, tells me she had ‘very positive responses’ to her comments. She adds: ‘I’m still working on [country sports brand], Sitwell & Whippet, and I’m still writing and modelling.’

The TV star, 52, applied to East Hampshire Council to extend the stable block at his £4.3 million country retreat. 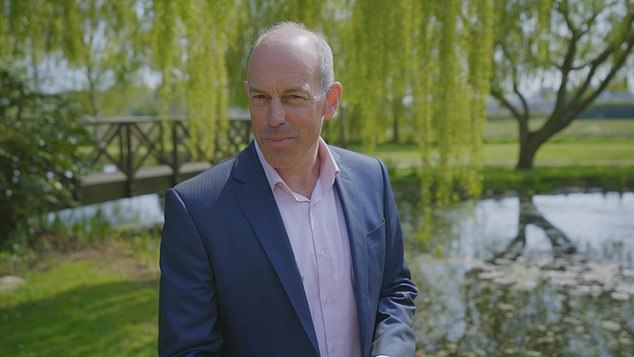 Phil Spencer (pictured) has applied to East Hampshire Council to extend the stable block at his £4.3 million country retreat

The six-bedroom property already boasts a tennis court, gym, cinema, games room, wine cellar and paddocks set in ten acres. Planning officer Luke Turner said: ‘The proposal is considered to be acceptable as it would be in scale and character with the dwelling [and] would not detract from the character and appearance of the area.’

‘I’ve met up with him on many, many occasions over the years,’ says the New Zealand-born soprano, 78. ‘We went on a huge holiday up in Scotland. He says to me, ‘Kiri, I was the first real man to give you a kiss.’ 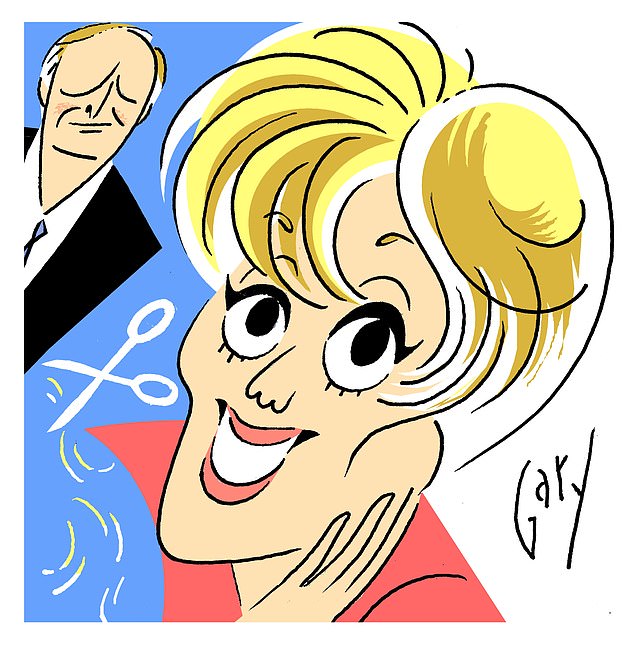 In hit 1980s sitcom To The Manor Born, Peter Bowles played a nouveau riche supermarket owner who bought Penelope Keith’s character’s £1 million estate after the death of her husband.

In real life, the debonair actor, who died from cancer in March aged 85, left his wife, Susan, £300,000, according to probate documents. He also starred in Lytton’s Diary, based on my esteemed predecessor, Nigel Dempster.

Reports that the King plans to turn his mother’s private Scottish retreat, Balmoral, into a museum in her honour have delighted the SNP’s Westminster leader, Ian Blackford.

‘Making Balmoral a year-round visitor attraction is something King Charles should consider,’ he says.

‘Obviously, the parts of the castle that are especially sensitive to the late Queen should remain out of bounds.’

Blackford adds: ‘It would provide a massive boost to both the local economy and employment. It would also help Balmoral pay its way.’

Soho heiress India Rose James has been left devastated by the death of her beloved pug Aladdin.

‘I am completely heartbroken,’ wails India, who attended the launch party for photographer Gavin Bond’s Being There exhibition at Claridge’s hotel in Mayfair.

‘Over ten years of support, love and companionship is completely irreplaceable,’ she adds. ‘Enjoy doggie heaven, where grandad won’t be able to stop you eating all the butter.’