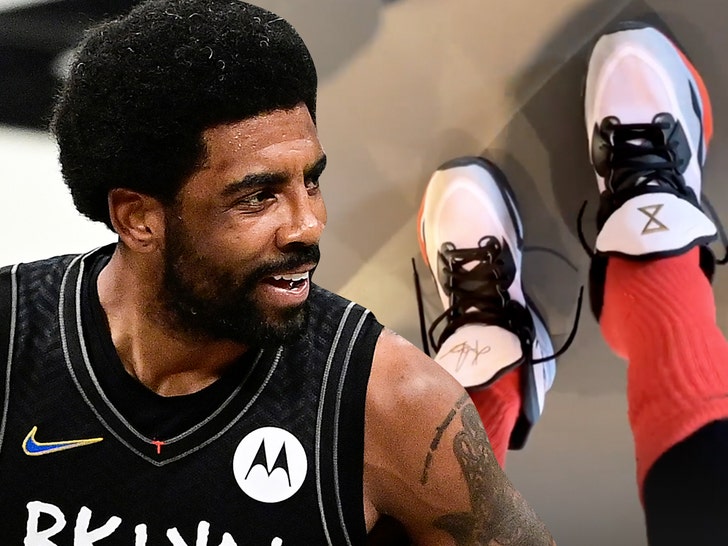 Starting at point guard for the Brooklyn Nets … Kyrie Irving?!?!

It sure seems like that might happen again soon … ’cause the NBA superstar appears to be teasing a hoops return amid reports he could rejoin the team.

Kyrie hasn’t played a minute of hoops all season, thanks to his stance on the COVID-19 vaccine — remember, he claims he’s not anti-vax … just taking a stand against vax mandates in NYC.

But, as Uncle Drew holds firm to his beliefs, he’s lost millions of dollars in the process … but as the first-place Nets head into a crucial part of the season, The Athletic’s Shams Charania says there is “renewed optimism” Irving will come back.

Worth noting — the report doesn’t specify if this means Kyrie will get the jab or if he’ll only play away games for the Nets.

Kyrie seemingly responded to the report on Tuesday … posting a video showing him lacing up his Kyrie sneakers.

It’s great news for BK fans, but the Nets have been doing just all right without him — they’re currently 19-8 in a not-so-great Eastern Conference.