Kim Kardashian is eyeing to make her new fragrance line the gold standard in the beauty world. She posted a few photos of herself in a sexy string bikini on Instagram over Labor Day weekend to promote Essential Nudes, which launched on September 2, and the images are a sight to be seen. SEE THE PHOTOS HERE. 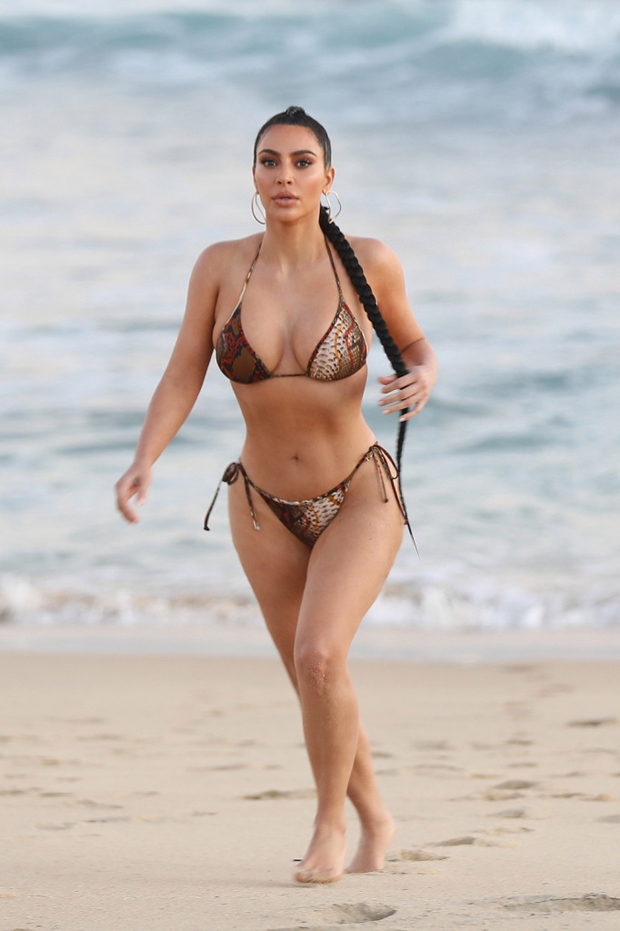 In the first photo, the 40-year old mother of four posed in a tiny gold bikini with a vial of “Nude Suede” neatly tucked inside her top as she sported an enticing look toward her fans. The second photo gave fans a full body shot of the multi-hyphenate as she delicately held a bottle of “Nude Sand” in her hand with streaks of gold paint smeared along the side of her body. “A look this radiant and luminous can only be accompanied by a fragrance to match. @kimkardashian wears Nude Soleil,” the caption of the first photo reads.

Kim’s been busy promoting Nude Essentials for the past two weeks as her team has flooded the KKW Fragrance Instagram page with campaign photos and videos of Kim and detailed close-ups of the minimalist-designed bottles. The individual bottles are named after various shades of the nude color palette: Nude Suede, Nude Silk, Nude Soleil and Nude Sand. The scents are floral-based with notes of peony, honeysuckle and jasmine, as well as hints of sandalwood and amber. 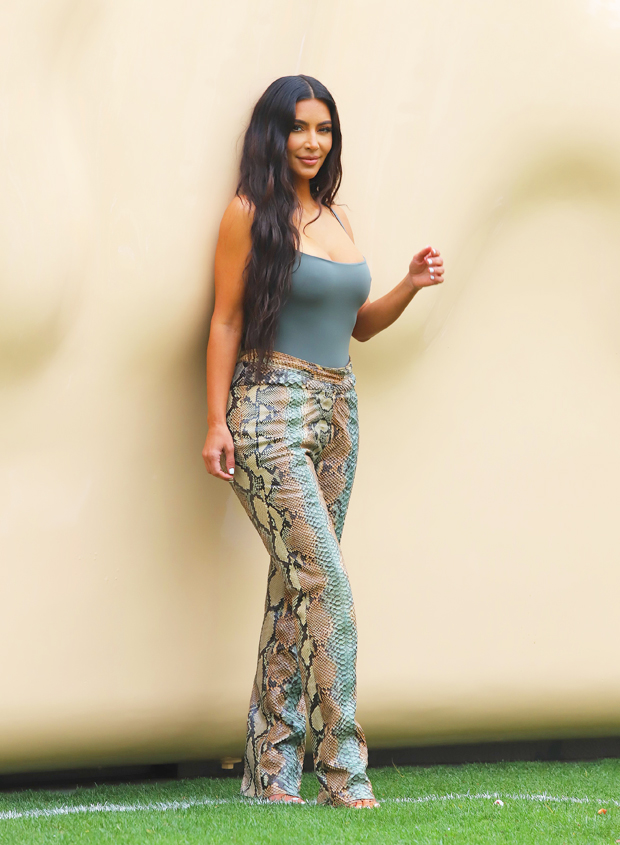 The new photos arrive amid speculation that the seasoned television veteran might be getting back together with estranged husband, Kanye West, after Kim made three appearances at the listening events for his new album “Donda.” Although Kim filed for divorce from the Grammy-winning artist in February 2021, things are still up in the air between the two — especially after Kanye’s latest listening event in Chicago where Kim appeared on stage in a wedding dress. “They are putting on a united front and are committed to trying to stay together — not sure if that means she will withdraw the divorce papers but they’re taking it day by day,” a source EXCLUSIVELY told HollywoodLife on August 29.