Kim Kardashian has opened up about the measures she took before introducing boyfriend Pete Davidson to her four children.

Following the end of their marriage, the 41-year-old was linked to the comedian, 28, after they appeared in a Disney-themed sketch on Saturday Night Live in October.

They made their romance official soon after, but the mom-of-four made sure not to rush into welcoming him into the fold.

During an appearance on the Today Show, she was asked about the process behind deciding to introduce Pete to her brood, telling hosts Hoda Kotb and Savannah Guthrie that she consulted therapists and sister Kourtney Kardashian over the move.

‘Luckily I have a sister that has been through it all, and we talked about it,’ she began. ‘I consulted with a few therapists and friends that have been through it. 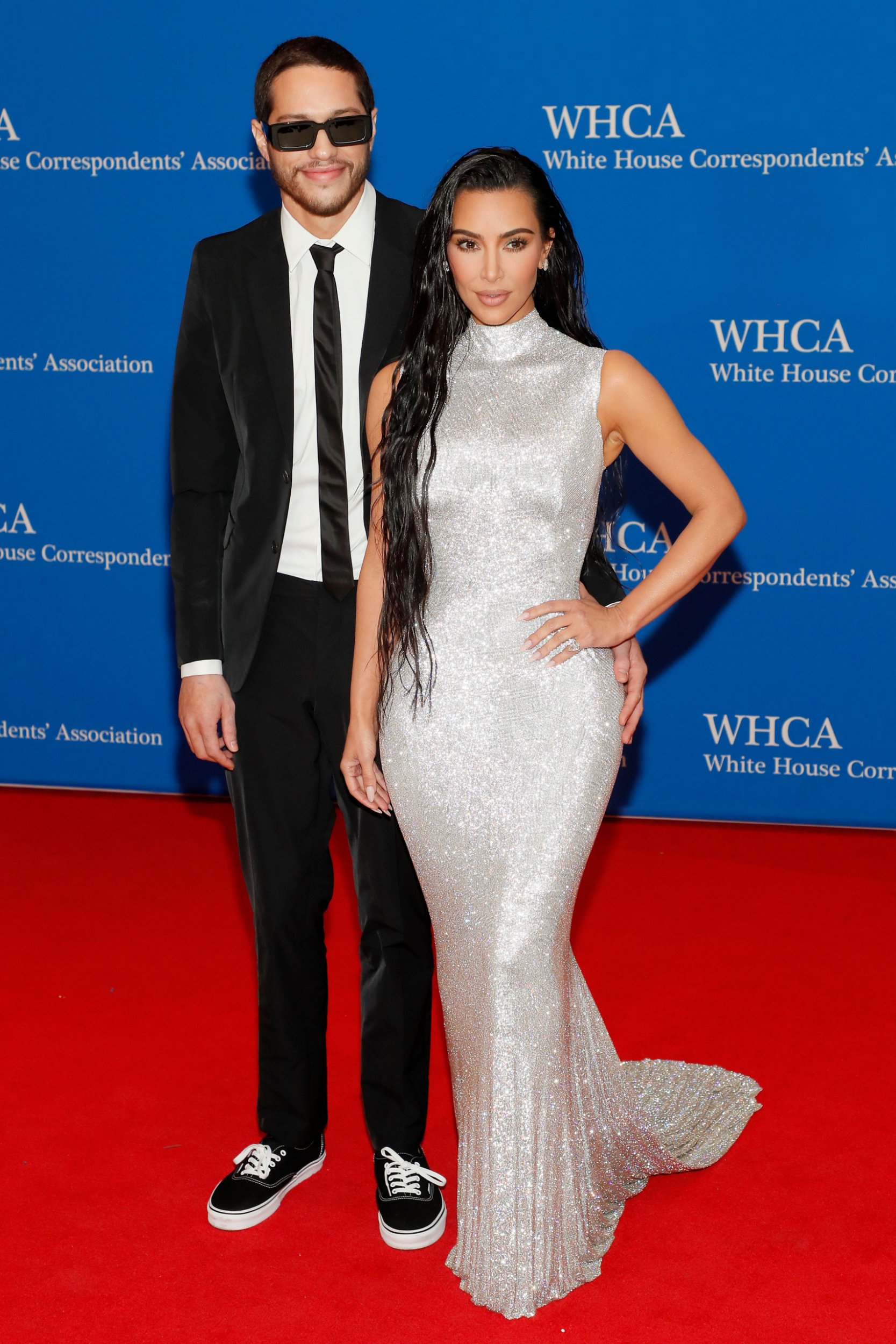 ‘I definitely wanted to wait six months. That was the marker.

‘I think it’s different for everyone and different things work for different people. But you just have to do what feels right, and try to just be as respectful and cautious as possible.’

Pete was seen spending solo time with Saint, without Kim, during a shopping trip to the Grove in LA, so it looks like the Skims founder’s caution paid off.

Delving into her relationship with the Set It Up actor, she confessed that their romance took her by surprise.

‘I waited a while [before dating],’ she continued. ‘I waited a good 10 months before I was ready to open myself up. I think you definitely need that time to yourself,

‘Then once you’re ready to get out there I felt like I wanted new energy and something different. It definitely took me by surprise.’

Kete have been going from strength to strength ever since, with Pete even making a sneaky cameo in the finale of the Kardashians – but there has been no talk of whether he will appear fully in the future.

Discussing the Hulu series in a new interview, executive producer Danielle King vowed that the reality star had never tried to ‘persuade’ her new beau to jump in front of the camera.

‘I have never once seen; Kim never tried to persuade Pete (to be on the show)’ she told Deadline.

‘Pete’s a high profile person, he’s an actor; like Kim has said before; when the cameras are rolling for him, it means performance time.

‘When the cameras are rolling for this family, it’s time to get real.