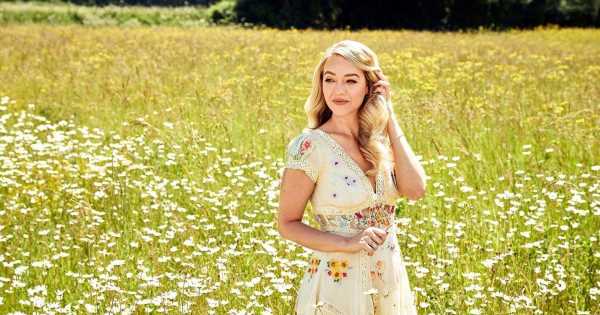 Kelsey Parker the wife of the late Tom Parker, has shared her upcoming plans to host a "family fun day" as she marks what would have been Tom’s 34th birthday next month.

The much loved member of The Wanted tragically passed away as a result of a brain tumour in March 2022, leaving behind his wife and two children, daughter Aurelia Rose, 3 and 20 month old son, Bodhi.

Yet rather than allow his memory to be forgotten, Kelsey has continued to ensure that his legacy endures as she hosts a family fun day to rise vital funds of the the Ahead of the Game Foundation. Combining everything from cake stalls to raffles, music performances to a cheeky glass of Pimms, the event hopes to offer something for every member of the family, whether young or old.

Sharing the exciting plans on Instagram, Kelsey shared a promotional flier from the event and wrote: ”Tom Parker Charity Event – Raising money for Cancer via the 'Ahead of the Game Foundation’."

She then continued: ”*A fun day for all the family! * Sunday 7th August from 12pm until 5pm at Memorial Hall & Gardens in Petts Wood."

Speaking a little about the reason behind the event, Kelsey explained: “This event is to celebrate Tom's legacy and his memory. We want to raise much needed funds to help others who are fighting this awful disease.” She then added: “We aim to make a positive impact on people's lives when it is needed most.

“Tom lived in Petts Wood and to us it was home, Tom loved being part of the Petts wood community.

“I know that Tom would have loved to see the local community that he was a part of come out to support.”

Kelsey also shared the poignant significance of the date the event would be held, as she added: “ August 4th would have been Tom's 34th birthday so join us in making this a day to be remembered in memory of him.”

The event hopes to raise funds to continue to support the Ahead of the Game Foundation, a charity founded in 2021 by Dave Bolton, a patient who was diagnosed with the same type of cancer that had sadly claimed Tom’s life. Dave was originally only given three months to live when he was first diagnosed seven years ago, but managed to defy the odds and continues to fight the devastating disease.

Bonding over their shared diagnosis, Tom and Dave developed a strong rapport and between them helped to raise awareness of brain tumours while raising money to fund vital research to combat the illness.

Speaking about their friendship, Dave told ITV News: "We called each other brothers. I only knew him for two years, but when you are going through something so similar, I remember we spoke every day."

The news of the upcoming event also coincides with Kelsey’s new appointment as Co-Director of the foundation, where she shares the role alongside Dave Bolton and Dominic Matteo.

Kelsey recently donated £70,000 to support the foundation’s work after a successful gofundme campaign in Tom’s memory received widespread support from all across the globe.