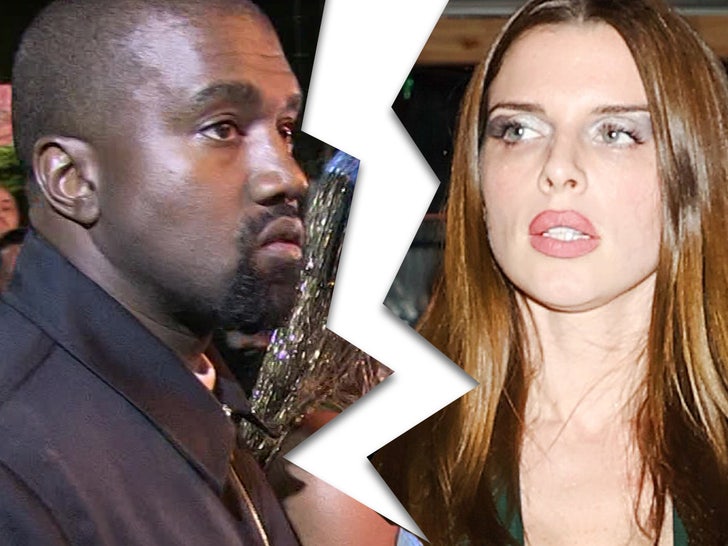 It’s splitsville for Kanye West and Julia Fox … thus capping off a whirlwind romance that was pretty short-lived and, evidently, not all that serious to begin with.

A rep for the actress confirms to TMZ that the couple is dunzo — saying “Julia and Kanye remain good friends and collaborators but they are no longer together.” They’d only been dating for about a month and change … like we said, nice and quick. 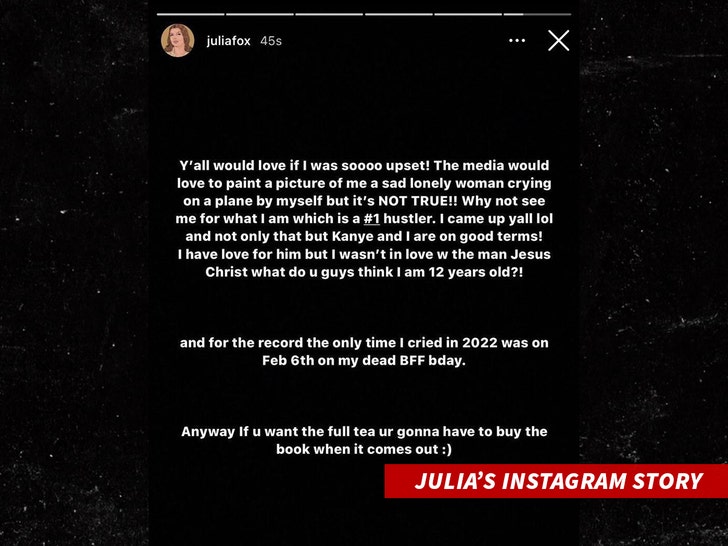 No word on when exactly they may have split, but ya gotta figure it might’ve been anywhere between now and well over a week ago. The last time they were pictured together in public was at the beginning of February for her birthday.

FWIW, Julia doesn’t seem all that torn up about it at all. She took to IG and posted since-deleted messages that essentially say … no hard feelings, bro! JF acknowledges she was never in love with Ye, and seems to have just been going along for the ride in what was clearly a fling.

She also said she “came up” as a result of getting with Kanye — and, indeed, she did. Her celebrity status got a major boost, as she’s been getting booked left and right for weeks now. It also sounds like she’s got an actual tell-all in the works, where she teased even more tea than what she’s spoken on so far. 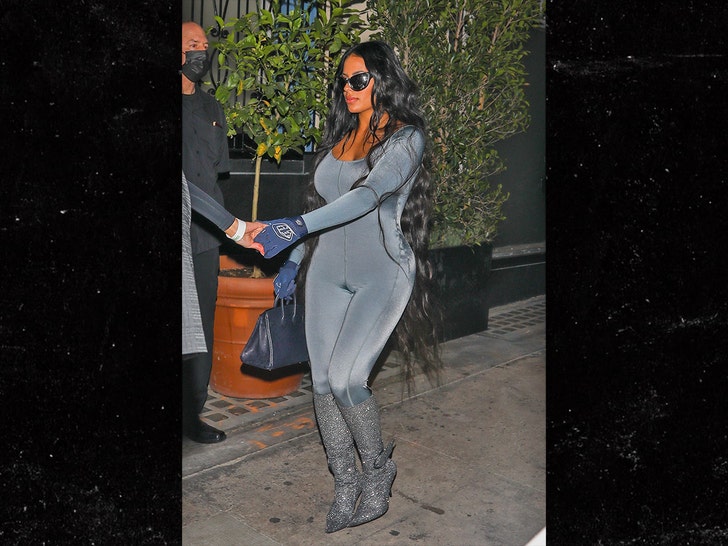 As for Kanye, he appears to have moved on already — being linked to a woman named Chaney Jones, who’s no doubt a Kim K look-alike … although the two of them have yet to be seen together in photos.

However, Kanye still hasn’t given up on Kim, expressing very publicly on social media his desire to get his family back.