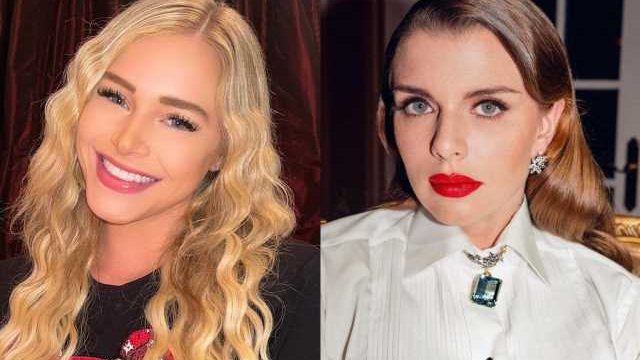 Meanwhile, in a newly resurfaced clip from her interview two weeks before the incident, Instagram model Courtney Tailor said she only dates ‘rich black guys.’

AceShowbiz –Julia Fox has apparently taken the wrong side in the alleged murder of a black man by his model girlfriend. The actress has caught heat after she weighed in on the case of OnlyFans model Courtney Clenney a.k.a. Courtney Tailor, who is accused of fatally stabbing her boyfriend.

The “Uncut Gems” star appeared to defend Courtney, believing that the girl acted in “self-defense.” Underneath Hollywood Unlocked’s Instagram post about the news, she wrote, “It sounds like self defense.”

Many, however, disagreed with Julia, with one advising her, “I’ve learned my lesson in the past commenting too quick without researching the whole situation too. Delete it.” Another wrote in response to the actress’ comment, “Girl what???”

Some others told Julia to restrain herself from sharing her unsolicited opinion. “Sometimes it [is] best to mind your business and just shut up,” a third critic wrote. Another social media user said, “Julia shut up,” while another added, “Nobody asked you!!”

Courtney allegedly stabbed her boyfriend Christian Obumseli to death during a domestic dispute on Sunday, April 3. When police officers responded to a 911 call from Courtney at the One Paraiso apartment in Miami, they found the 27-year-old man stabbed once in the shoulder. Christian was transported to a nearby hospital, but he eventually succumbed to his injuries.

Courtney, meanwhile, was covered in blood, wearing only a bra and sweatpants when the cops arrived. She was detained and later taken to a mental institution after she threatened to kill herself when she was taken to the police department for questioning.

In the wake of the shocking murder, Courtney’s recent video has resurfaced. In her interview on the “We In Miami” podcast just two weeks before the incident, she said she only dates black rich guys.

When questioned if she only dated suitors with money considering her large following of two million on Instagram, she responded, “No, that’s not true. I only date Black guys. Especially Black guys … Let me clarify, I only date rich Black guys.”

Radar Online, meanwhile, reports that Courtney was evicted from the luxury apartment building, where she reportedly lived with Christian, prior to his death. According to court documents, the 25-year-old signed a one-year lease in January of this year, agreeing to pay $10,000 a month for the unit. However, she allegedly failed to pay her rent for March, leading to the eviction. She has yet to be served with the legal papers, though.