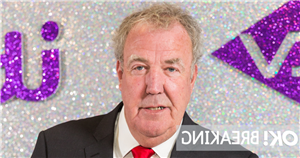 Jeremy Clarkson has said he is "horrified to have caused so much hurt" after being heavily-criticised for an explosive op-ed he wrote about Meghan Markle.

In the piece published by The Sun, the former Top Gear host spoke of his "hate" for the Duchess and said he lies awake at night "grinding my teeth of dreaming of the day" she is shamed as Cersei Lannister was in the hit series Game Of Thrones.

Jeremy faced a huge backlash for hitting out at Meghan, forcing the 62 year old to issue an apology.

He wrote on Twitter: “Oh dear. I’ve rather put my foot in it. In a column I wrote about Meghan, I made a clumsy reference to a scene in Game Of Thrones and this has gone down badly with a great many people. I’m horrified to have caused so much hurt and I shall be more careful in future.”

The Game of Thrones scene he referred to sees Cersei (played by Lena Headey) was paraded through the streets naked.

Jeremy said of Meghan: "At night, I’m unable to sleep as I lie there, grinding my teeth and dreaming of the day when she is made to parade naked through the streets of every town in Britain while the crowds chant, 'Shame!' and throw lumps of excrement at her."

He also wrote that he "hates" the Duchess of Sussex "on a cellular level".

The Independent Press Standards Organisation (Ipso) said it had received more than 6,000 complaints over the article – almost half the total number of complaints the media regulator received in 2021.

Speaking to broadcasters on Monday, Ms Sturgeon said Clarkson’s comments about the Duchess were “beyond the pale”.

“I think what he said about Meghan Markle was deeply misogynist and just downright awful and horrible,” she said.

“I have to say, taking a step back from it, my overwhelming emotion about guys like Jeremy Clarkson is pity.

“I mean, what is it that makes somebody so distorted by hate that they end up writing these things? I think that possibly gives an insight into Jeremy Clarkson and the kind of person he is.

“So maybe he just needs to take a step back from things and just think about life a bit more.”

Meanwhile, Jeremy's daughter Emily issued a statement saying that she didn't agree with her father's opinion.

She penned on Instagram: ”My views are and have always been clear when it comes to misogyny, bullying and the treatment of women by the media.

“I want to make it very clear that I stand against everything that my dad wrote about Meghan Markle and I remain standing in support of those that are targeted with online hatred."