The Chase star Jenny Ryan has reacted to a social media user, who seemingly asked ITV bosses to fire her in a now-deleted post. The quizzer, who goes by the name The Vixen on the show, blasted the viewer over the reportedly “abusive” post.

Sharing the initial tweet with her 88,100 followers, Jenny hit back.

“Thanks for the tag! Always good to have a heads-up when someone’s asking the company I work for to fire me,” she wrote online.

“P.S. If you think I’m condescending on the show, then you don’t know the half of it,” the 38-year-old added.

The Chaser then shared a string of posts in response to the user and asked for specific examples of her perceived “belittling” behaviour. 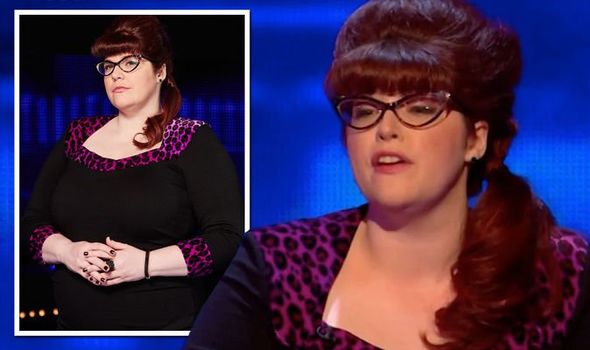 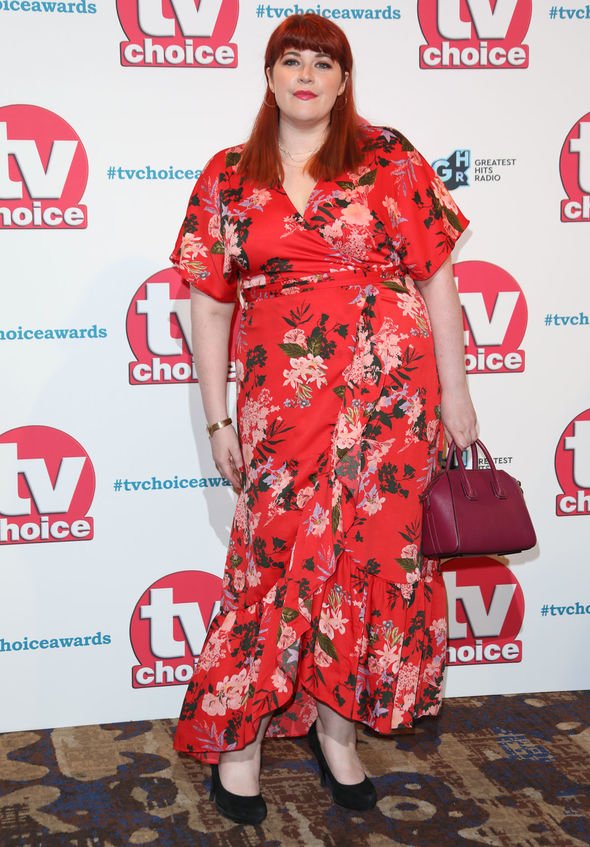 “I’m literally doing my job, in exactly the same way as my Chaser colleagues do and always have done. This seems to be a perception issue, a separate issue with me.

“By all means give examples of me ‘belittling people with knowledge’, and how they are different to my colleagues!” she added.

One former contestant who had enjoyed their time on the game show came to her defence on the micro-blogging site.

“You were my chaser when I came on the show, and whilst you absolutely whooped mine and my team’s a** (lol) you weren’t condescending at all.

“Entirely respectful, and the sparring/banter between chaser and contestants is why people enjoy the show! Humour is wasted on some it seems.” 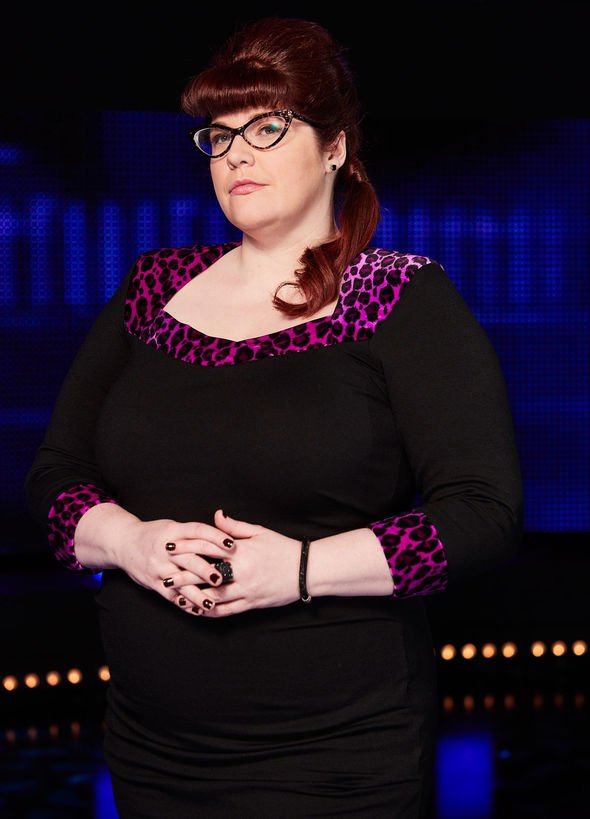 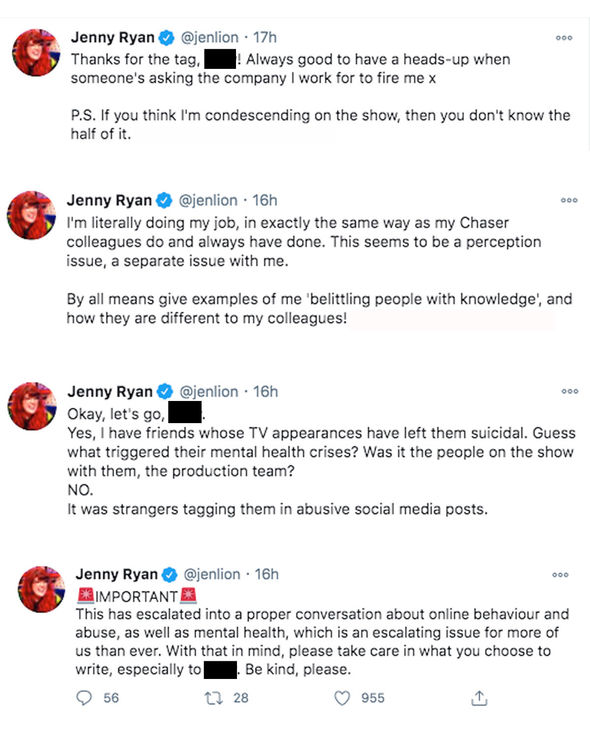 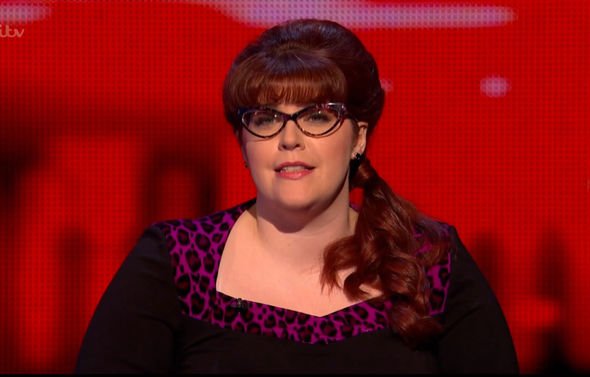 “Thank you! Sadly not everyone seems to understand the show… Glad you enjoyed the experience,” Jenny replied.

She said: “Not sure what show you’re watching. I do exactly the same job as the others. Including giving extra information, explaining how I knew/worked out answers.

“You don’t like me personally, that’s all, that’s fine. I suggest that you change the channel, & don’t tag me in mean Tweets.”

Jenny later warned her followers that although she had developed a “thick skin” since appearing on the television show, abusive messages can affect people differently.

She said it had triggered mental health issues in some of her friends and left them feeling suicidal.

“Okay, let’s go. Yes, I have friends whose TV appearances have left them suicidal.

“Guess what triggered their mental health crises? Was it the people on the show with them, the production team? NO. It was strangers tagging them in abusive social media posts.”

When praised for using her platform to “actively discourage random abuse,” Jenny said she sometimes worries for the contestants who weren’t prepared for the personal attacks on social media.

“But I have a platform here, people to back me up and, mercifully, a much thicker skin than I did pre-The Chase. Meaning (to a certain extent) I can take it; – wish I could say as much about the poor contestants on TV shows, who are torn to shreds on socials daily,” she went on to say.

Jenny then encouraged people to “be kind” to others online.

“This has escalated into a proper conversation about online behaviour and abuse, as well as mental health, which is an escalating issue for more of us than ever.

“With that in mind, please take care in what you choose to write, especially to [the Twitter user].

For confidential support call the Samaritans in the UK on 116 123 or visit a local Samaritans branch.