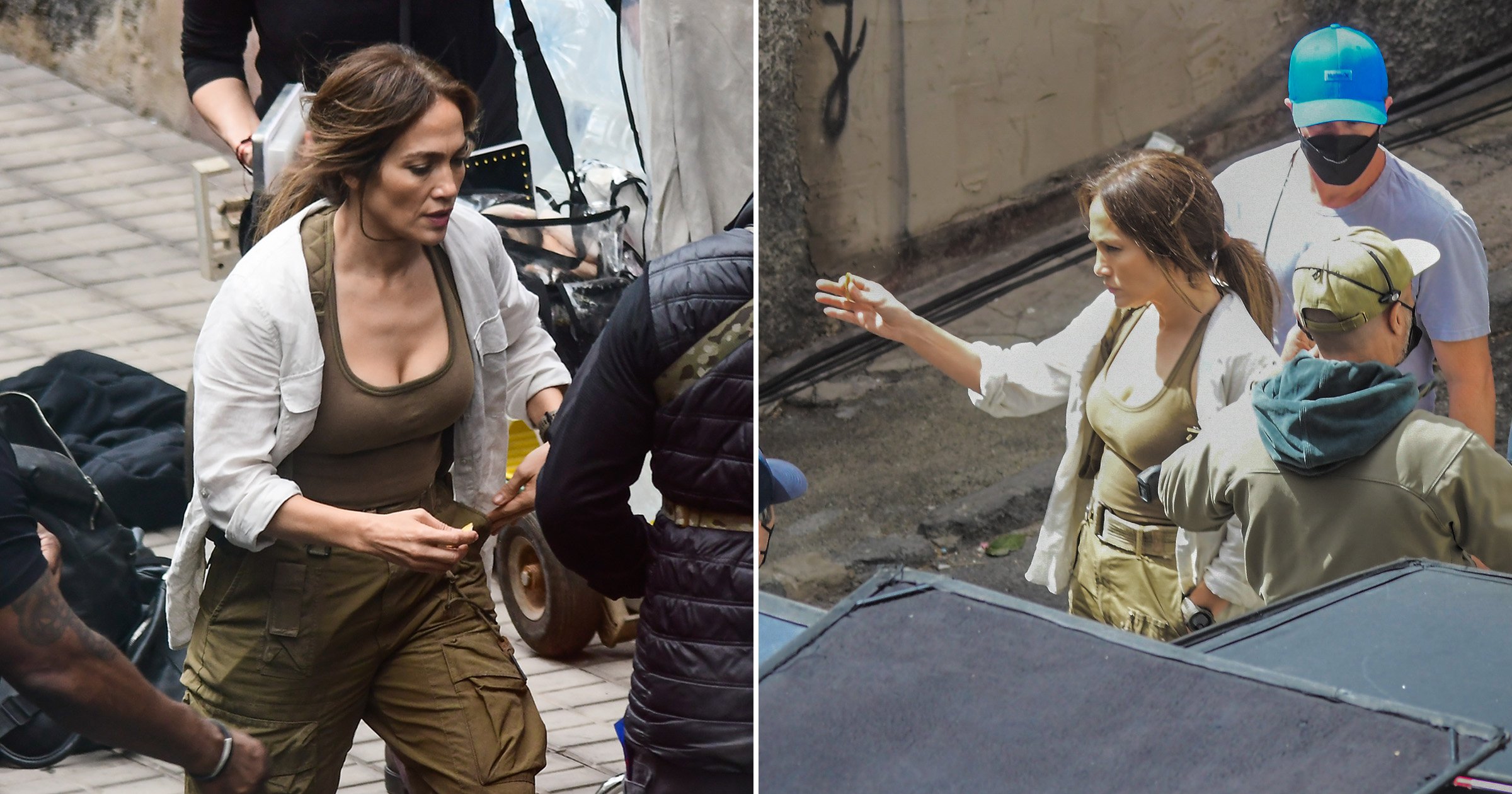 Jennifer Lopez was spotted filming on the set of her new movie The Mother in Gran Canaria on Wednesday, looking all sorts of hard-core.

The Marry Me star, who recently released a music video for her latest version of the titular track from the rom com, which features a cameo from her real-life beau Ben Affleck, meant business in a khaki tank top and combat trousers, over which she wore a white shirt.

Her character also rocked chunky boots, a belt, and an under-arm gun holster, with the actress and singer wearing her hair back in a low ponytail.

In The Mother, the 52-year-old pop icon stars as an assassin who comes out of hiding to protect her daughter.

The set photos showed JLo walking around the set and interacting with the crew, who all wore face masks, as shots were set up.

Co-star Omari Hardwick was also present for filming on the Spanish island, with a fake bleeding wound on the side of his head suggesting it included some sort of action or fight.

Plot details for The Mother are scant, but Jennifer’s character is fleeing from dangerous assailants, choosing to come out of hiding to protect her daughter she left earlier in life.

The thriller is due to premier on Netflix later this year, and also stars Joseph Fiennes and Gael García Bernal.

Sound of Metal Oscar nominee Paul Raci and newcomer Lucy Paez, who features as Jennifer’s daughter, round out the main cast for the flick, which is directed by Mulan’s Niki Caro.

As with other productions, the shoot for The Mother has been disrupted by Covid.

Filming ground to a halt in January after several crew members on the set tested positive for coronavirus, according to People magazine.

The outlet claimed that the ‘majority’ of shooting had been completed in Canada with its main star prior to the New Year, but the Maid in Manhattan star was forced to fly home from Spain as the production shut down until now.

It’s also been reported that Jennifer has her eye on moving to the UK for the summer with boyfriend Ben as they continue to enjoy the second iteration of their Bennifer relationship.

According to The Mail, the Good Will Hunting actor is starring in the upcoming live-action Barbie movie alongside Suicide Squad actress Margot Robbie, and the couple is expected to opt for ‘the usual mansion in a leafy area on the outskirts of London’, an insider suggested.

The Get Right hitmaker recently spoke out on her romance with Ben, 49, saying she’s in a better place to date the actor now, rather than when they first dated and got engaged 17 years ago.

‘I don’t think we would have got back together if we thought that was where it was headed,’ she told Rolling Stone.

‘We feel like what we found again is so much more important, and how we protect that and how we live our lives — what to share, what not to share — is the balance that we have now, the benefit of experience and the wisdom that we gained over the years.’