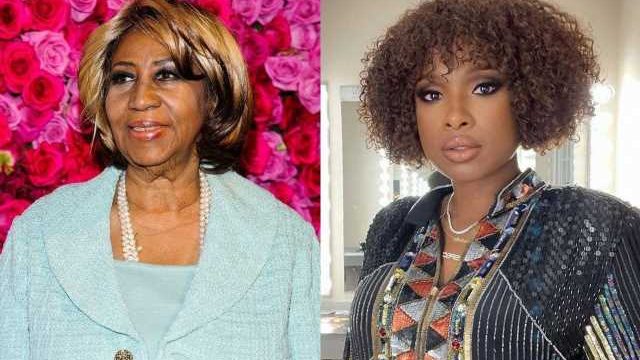 According to the ‘American Idol’ alum, the late Queen of Soul sang the Isley Brothers song during their last chat a week before her untimely passing in 2018.

AceShowbiz –Aretha Franklin sang for Jennifer Hudson the last time the pair spoke on the phone.

The singer and actress, who portrays the late Queen of Soul in new biopic “Respect“, chatted with Franklin a week before her death in 2018, and will never forget the last time she spoke to her idol, who handpicked her to play Aretha in the film, released on Friday (13Aug21).

“She told me what she had eaten… and then she sang to me on that call,” Jennifer said during an appearance on “The Late Show with Stephen Colbert“. “I can’t remember the song. It was by the Isley Brothers and she said, ‘Jennifer, now that’s the Isley Brothers’, and I said, ‘Yes, ma’am, I know.’ “

“My son is a cook, too, so I ended up telling her about him cooking and sending her a video. Because she was so present. She always knew what was going on, even in my life.”

Jennifer revealed she was one of the last people to hear from Aretha before she lost her battle with pancreatic cancer at the age of 76.

In a separate interview, Jennifer Hudson talked about her first meeting with Aretha Franklin.

“The first time I met Aretha Franklin, I was eliminated from American Idol and I got to open up for her in Marysville,” J-Hud told Buzzfeed. “I was the opening act and I also got to watch her sing from the backstage view. All of my family came out.”

“I remember giving her flowers. I remember taking photos with her. Aretha was very quiet. She didn’t say much back then. I thanked her for allowing me to sing.”