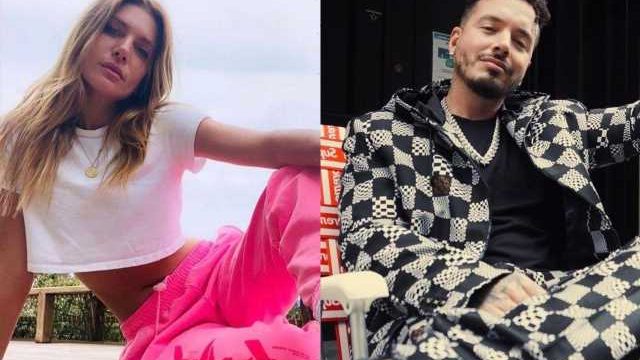 The ‘Sigo Extranandote’ star officially becomes a first-time father after his model girlfriend Valentina Ferrer announces she gave birth to their first child together.

AceShowbiz –J Balvin is a dad.

The new mum took to social media on Thursday to share a photo of the newborn’s foot and captioned the sweet image, “4 days of the best Love.”

The couple plans to call the baby Rio, according to multiple outlets.

Balvin and Ferrer announced they were expecting their first child in April when the Argentine model showed off her baby bump on the cover of Vogue Mexico.

The couple has been dating ever since Valentina played the singer’s wife in his 2017 music video “Sigo Extranandote”.

She was initially doubtful about her pregnancy and had to take a test three times before she was convinced. “What surprised me the most was when I felt it kick for the very first time,” she previously said.

She and baby daddy Balvin rarely talked about their relationship in interviews, but she shared a post of appreciation on his birthday earlier this year, “Happy Birthday !!! To continue growing and learning together in this new stage … I love you with my soul …. My daddy in training. pd for more asleep like this but without snoring.”

Meanwhile, he appeared with her on the cover of Vogue Mexico when she announced her pregnancy a month prior. His face was hidden as he stood behind her and wrapped his arms around her growing waists.