The series finale of FX’s Pose this month brought to a close the story of the denizens of the House of Evangelista after three groundbreaking seasons, with the last episode featured the mix of uplifting, heartbreaking and hopefulness that has defined the drama that shined a spotlight on New York’s ballroom culture and gay and trans communities in the 1980s and early ’90s during the height of the HIV/AIDS crisis.

That script, penned by co-creators Ryan Murphy, Brad Falchuk and showrunner Steven Canals along with Janet Mock & Our Lady J, is the latest installment in Deadline’s It Starts On the Page, a series that highlights the scripts that will serve as the creative backbones of the now-underway TV awards season. These scripts are all being submitted for Emmy Awards consideration this year and have been selected for our series using criteria that includes critical acclaim, selecting from a wide range of networks and platforms, and a mix of established and lesser-known shows.

The episode, simply titled “Series Finale,” wraps the storyline of the main cast including Billy Porter’s Pray Tell, the part that earned him a landmark Best Actor Emmy Award. Pray was part of the heartbreak element of the finale, sacrificing his own potentially life-saving trial drugs, which he had to fight to get access to, to give to his ex Ricky (Dyllón Burnside). It leads to Pray and Mj Rodriguez’s Blanca performing one last time — a lip sync of Diana Ross’ “Ain’t No Mountain High Enough” — after which Aretha Franklin’s “I Say Little a Prayer” sends Pray off to his fate.

“We as queer and trans people, as Black and Brown people, have always had to show up for each other, which is ultimately what Pray Tell’s sacrifice for Ricky is all about,” Canals, who also directed the episode, told Deadline after the finale. “It’s as much about HIV/AIDS and how HIV impacted the community and eviscerated the community, as much as it is about how we, as queer and trans people of color, are constantly having to show up for one another. That sacrifice was about showing our deep connections to one another.”

The episode ends in a flash-forward to 1998, when Blanca, now a registered nurse, explains to a young woman that her HIV status is not a death sentence. 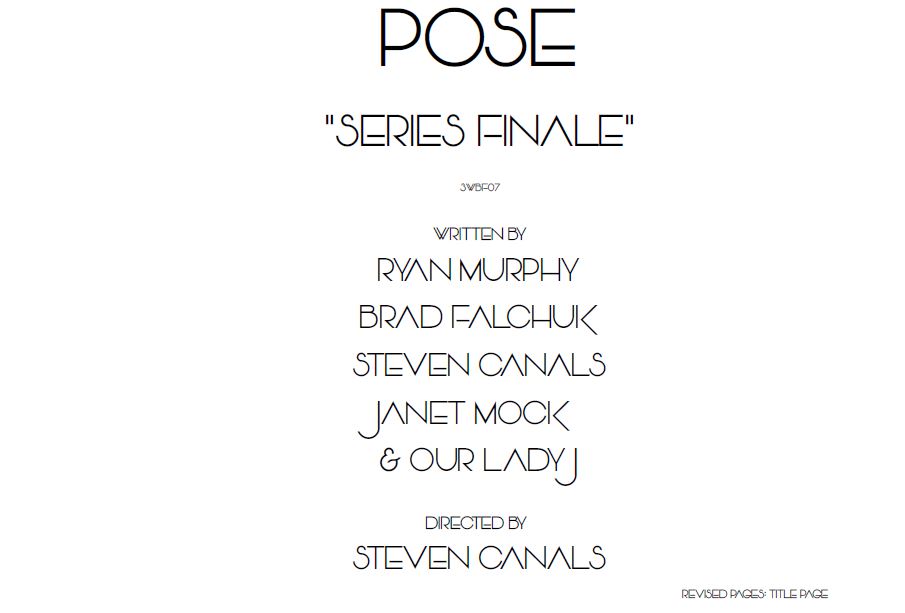 It Starts On The Page

It Starts On The Page: Read The Script For The Season 4 Finale Of Peter Morgan’s ‘The Crown’

It Starts On The Page: Read The Script For Episode 8 Of Michaela Coel’s ‘I May Destroy You’