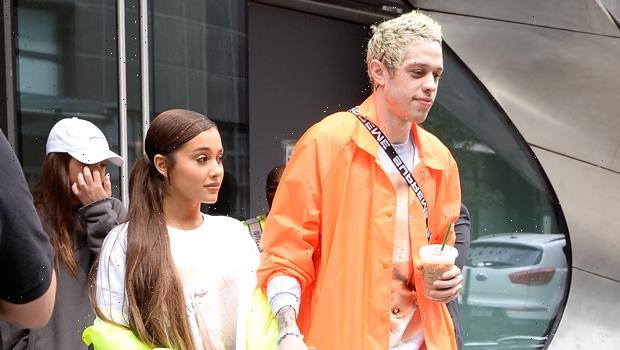 Ariana Grande was engaged to Pete Davidson before tying the knot with husband Dalton Gomez, but she isn’t fazed by his new romance with Kim Kardashian.

Ariana Grande, 28, is happier than ever, and seemingly hasn’t paid any mind to who her ex-fiance Pete Davidson is romancing. The 27-year-old Saturday Night Live comedian has been spotted on multiple romantic dates with Kim Kardashian, 41, however, the “Into You” singer is unfazed. “Pete and Ariana have both dated other people since they called off their engagement.  Ariana is married now and happier than ever,” a source close to the chart-topper told HollywoodLife exclusively. 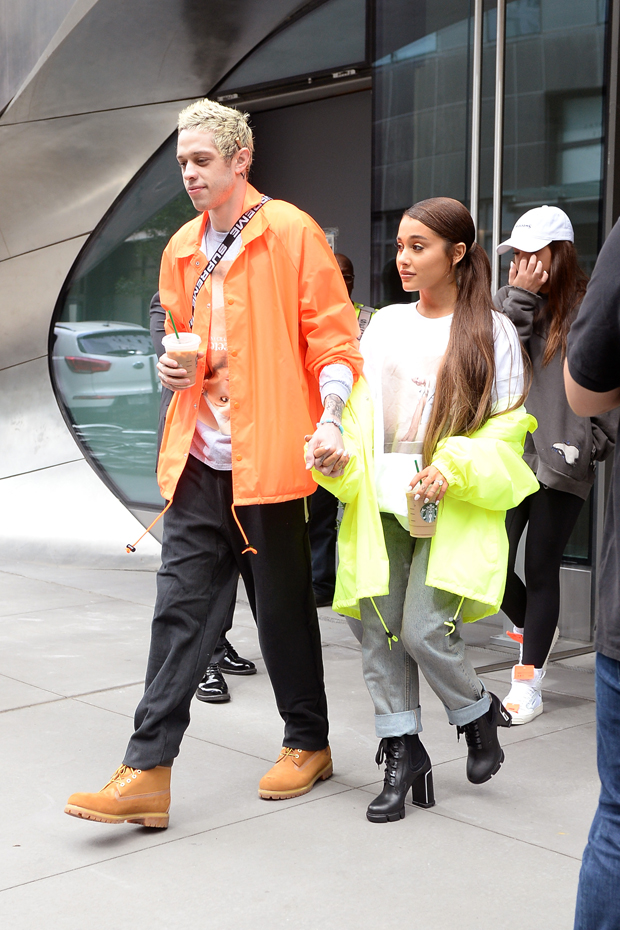 “She really doesn’t keep up with who her exes are dating and what’s going on in their personal lives because she’s solely focused on her own life and career. If he’s happy, then she’s all for it.” A second insider told HL, “Ariana really doesn’t care who he dates because she is a happily married woman now with the love of her life. That being said, she has no bad feelings for Pete and has nothing but respect for him. She wishes him the best.”

Pete and Air made their romance public in May 2018. They got engaged in June 2018 after just a few weeks of dating, and on her album Sweetener, she wrote a song dedicated to him called “Pete Davidson.” The two also made a number of appearances on red carpets, however they had called off their engagement by October. The relationship ended roughly one month after the death of Ari’s former boyfriend, Mac Miller, putting even more scrutiny on the young pop star. Ari, however, took the shocking split and used her art to get through the breakup. 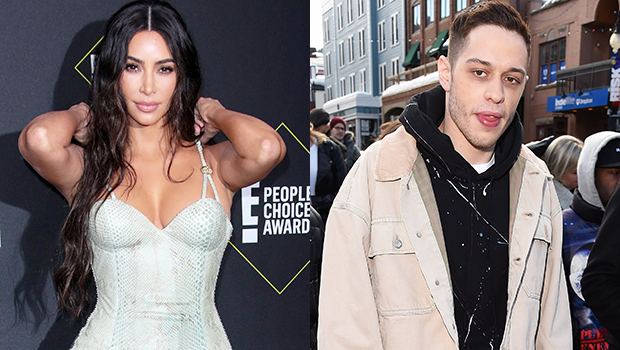 She has since moved on with now-husband Dalton Gomez, while Pete has taken his whirlwind romance with Kim to multiple Manhattan boroughs. From dinner in Pete’s native Staten Island, to a date at a swanky Manhattan social club, the internet is obsessed with this unlikely couple. According to a source close to Pete, the comedian became “better friends” with Kim while working on their Aladdin skit for the SNL episode Kim recently hosted. The pair were then spotted hanging out at Knott’s Berry Farm in California, cozying up on a roller coaster together.