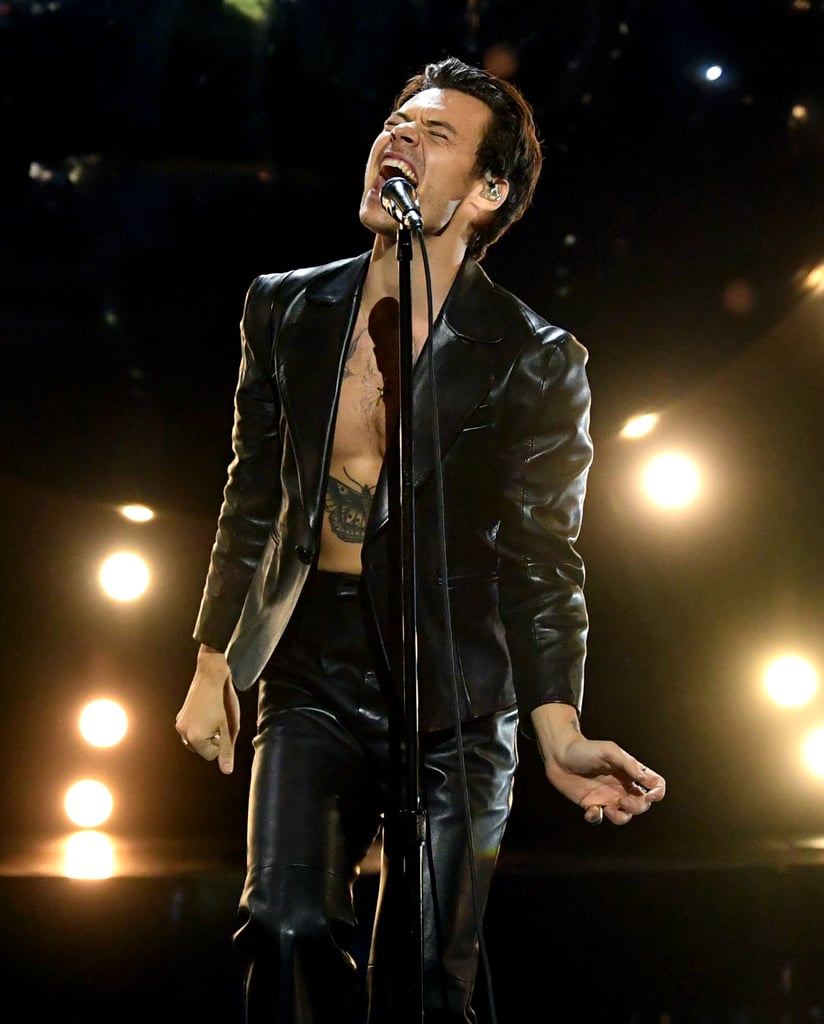 Each year, Halloween gets a rebrand as Harry Styles puts his stamp on the occasion and declares it Harryween. So for his “Love on Tour” show on Oct. 31 in Los Angeles, Stylers were waiting with bated breath to see what his 2022 Harryween costume would be, and we are pleased to report, it did not disappoint. Despite our bets being on embodying the half-man, half-squid from his “Music for a Sushi Restaurant” video or perhaps even making a joke of the spit-gate saga he was embroiled in with Chris Pine at the Venice Film festival premiere for “Don’t Worry Darling,” the singer opted to channel teen hearthtrob Danny Zuko from “Grease,” the role played by John Travolta in the 1978 classic film.

Dressed in black jeans, belt, tight tank top, and white socks, he added the iconic leather jacket which became a signature element of the T-Birds attire in the movie. To add some of that Styles sparkle we’ve come to know and love, the leather jacket was lined with red (which one fan actually noted was more similar to Sandy’s jacket worn during the transformation at the end of the film), and was embellished on the back. His tank top was also adorned with glittering red writing on the back that spelled “Harryween.”

To really embrace the character, his dark hair was slicked back in a Fifties-style and a pair of black shades completed the look. “So what did his band wear?” we hear you ask. They were dressed as the Pink Ladies from the film, of course, in bubblegum bomber jackets and hairbands. The crowd was also treated to a special rendition of “Hopelessly Devoted to You,” sung in the film by the late Olivia Newton John, who passed away on Aug. 8. Styles continued to pay tribute to her legacy and the film by sprinkling his show with dance moves reminiscent of Travolta’s hip-shaking and we have to say, Styles: you’re the one that we want.

Harryween is certainly becoming a must-see moment of the autumn calendar. Tarot Card Reading pop-ups were added to the Kia Forum in Inglewood, CA for an extra spooky element, while special Harryween merchandise was available. In 2021, he treated fans to two nights of dressing up, by taking on the role of Dorothy from “The Wizard of Oz” wearing a Gucci gingham mini dress and red tights, and belting out “Somewhere Over the Rainbow,” and a night later dressing as a clown and singing Britney Spears’s “Toxic.”

Is there any look the “As It Was” singer can’t pull off? We were treated to Styles with a full, bushy beard last week and a dark-haired slick ‘do this week. We already can’t wait to see what next week could bring! Ahead, see fans videos of Harryween 2022 and then have a browse at the other best celebrity Halloween costumes of 2022.