Good Morning America is a staple morning fixture in many people’s homes around the United States, so any major changes don’t go unnoticed.

And on Monday, the program’s three main anchors, George Stephanopoulos, Robin Roberts and Michael Strahan, were all missing from the show.

This is because it was a national holiday – July 4 – and so instead they were subbed by Janai Norman, Whit Johnson and Eva Pilgrim.

The trio are no strangers to GMA themselves, as they are the weekend hosts – and their appearance on Monday’s show went down a treat with fans.

“This combo is the greatest in the morning,” one wrote, while another commented: “Such a good show!”

The show included the hosts tucking into a Fourth of July feast, and an interview with Thor star Chris Hemsworth.

George, Robin and Michael are no doubt enjoying the day off with their loved ones and will be back later in the week.

While Robin and Michael have so far kept a low profile during their time off work, George is believed to still be on vacation in Montauk with his wife Ali Wentworth.

The Go Ask Ali podcast star took to social media last week to reveal that she was on vacation and presumably had her husband by her side taking candid shots while there. 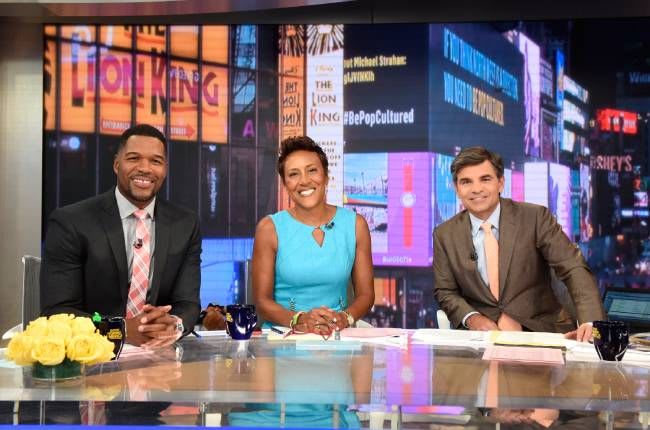 The popular journalist rarely ever leaves his position on GMA for non-work related reasons, so it was refreshing for fans to see him take a break to spend time with loved ones. He recently also got the chance to take off even further, taking a trip with his wife to Paris for a few days and seeing the sights.

While the notoriously averse to social media George never shared much, it was Ali who gave fans some insight into their trip with the help of a few snippets. 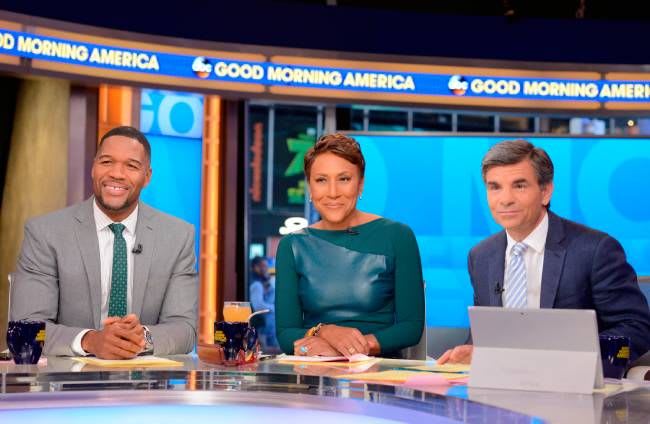 Robin Roberts, Michael Strahan and George Stephanopoulos are the main anchors on GMA

She even included several romantic selfies of the two from their exploration of the city, captioning a shot of theirs in front of a plaza: “Paris is for lovers.”

Other GMA stars taking advantage of the long weekend include Amy Robach, who shared a beachside picture of herself and husband Andrew Shue on vacation.