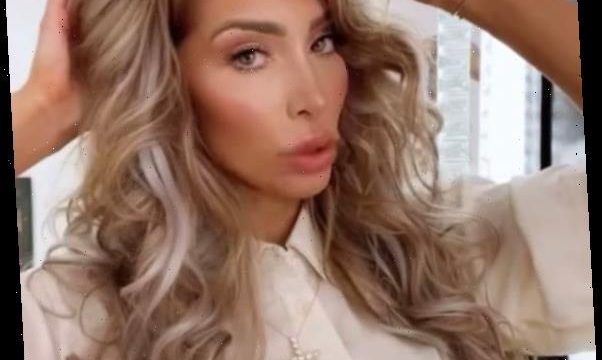 Farrah Abraham just keeps going under the knife to “improve” her appearance, which is baffling for two reasons:

1. We can’t figure out where she gets the money for all of these procedures, and

2. It seems like she’s already had every inch of her body nipped and tucked.

But as washed-up pseudo-celebs have learned time and again, plastic surgery addiction is a real thing.

And it looks like Farrah has a very extreme case.

Ms. Abraham rarely disappears from social media for very long, and when she does, it’s a safe bet that she’ll come looking different from the last time we saw her.

Farrah went more than a week between her last post and her most recent one, so it came as no surprise that she reappeared with a brand-new nose.

The mother of one recently posted a video in which she lip syncs to a song about being rich, but while Farrah’s inability to keep up with the lyrics was pretty funny, it’s not what captured fans’ attention.

It’s a little weird that she’s so happy about the inauguration, considering Farrah is a Trump supporter, but hey — wouldn’t want to pass up the opportunity to use a trending hashtag, right?

(Also, is using your own name as a hashtag really a thing now? Please don’t let that be a thing.)

Despite her promise to do so, Farrah has not quit Twitter or Instagram, but she did go longer without posting than anyone expected.

At first, her followers thought she was making good on her promise to protest “big tech censorship.”

But now we know she was just giving her new nose time to heal.

As usual, Farrah’s followers were quick to point out the latest change in her appearance.

“Erm..wtf has happened to your nose?!?..stop messing with your face you didn’t need to!!” one follower commented.

“Oh Farrah, half of your mouth doesn’t work right any longer and half of your nostril is straight up missing. Such a tragedy because you were naturally so beautiful before…” another wrote.

And of course, several commenters pointed out that Farrah appears to have gone full Michael Jackson.

“MJ is that you?” one person asked.

As usual, Farrah didn’t respond to any of the criticism, which is a shame, because some of it was constructive.

Look, Farrah, we know there’s nothing you can do to get your old nose back.

But next time you’re healing after a procedure, you can at least work on your spelling.