Boots will ‘do its part’ in vaccine rollout says Seb James

Dame Esther, 80, said she was happy about the wait because she wanted her follow-up jab to go to frontline workers first.

Speaking on Good Morning Britain yesterday she said: “I am not a frontline worker, and by frontline worker I don’t just mean doctors and nurses, I mean all those people in that extraordinary lifesaving chain which means that they have to meet other people.

But broadcaster Dame Joan, 87, has ­threatened legal action to challenge the Government’s decision to delay the second shot of the Pfizer-BioNTech inoculation in a bid to give more people the first dose.

Those receiving the Pfizer vaccine were initially told their doses would be administered 21 days apart.

But the Government has stretched the timeline for the second dose to between three and 12 weeks so more people can get their first shot. 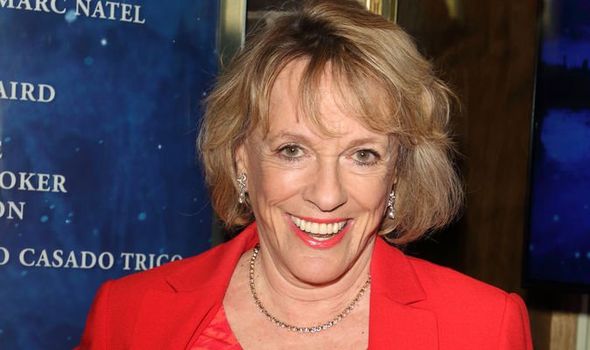 Dame Joan said: “The vaccination that is delayed should be backed up by data and it isn’t at the moment. I’m interested in getting as many people vaccinated as possible. However, I don’t want the fact there’s a delay in the vaccine to 12 weeks to invalidate it.”

Announcing her threat of a legal challenge on Tuesday, Dame Joan said her goal was to establish whether the decision to delay the second dose was lawful and safe.

Pfizer and BioNTech said: “There is no data to demonstrate that ­protection after the first dose is ­sustained after 21 days.”