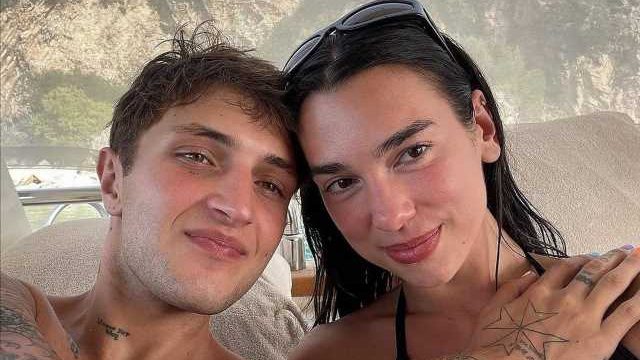 The ‘Levitating’ singer and her model boyfriend decide to take a break as they reportedly found it tough to be apart from each other because of their hectic schedule.

AceShowbiz –Dua Lipa and Anwar Hadid are no longer together. The British singer and the model have reportedly decided to put the brakes on their relationship after more than two years of dating.

“Dua and Anwar are currently taking a break from their relationship and are spending time apart,” a source told PEOPLE. “They’re figuring things out right now.”

According to The Sun earlier this month, “traveling so much and being apart is proving tough” for the couple.

The “New Rules” hitmaker was busy going back-and-forth between Los Angeles and London to record her new music while her beau was in New York City.

The pair sparked dating rumors in 2019. They spent majority of the Covid-19 lockdown together during early pandemic last year.

“Quarantine in general could make or break a relationship, but we have both been so good at giving each other space and then also being with each other when we want to be,” she previously gushed.

“We work really well together and he has just been amazing. And actually, it has just been the best thing for us with all this unexpected time. I have meant to go on tour (sic) and we got all this time to spend together.”

She felt like hitting jackpot because Hadid was apparently so good with his culinary skills, “What I did learn is that he is a brilliant cook and really good in the kitchen, so that has been amazing. He makes this really good Palestinian maqluba, which is like an upside-down dish with aubergine and lamb. It takes three hours, but is perfect.”

Their split came only a few weeks after she took a break from performing due to health issues. She opened up on her struggle with laryngitis, “I will need to be on vocal rest for the next few days in order to fully heal.”