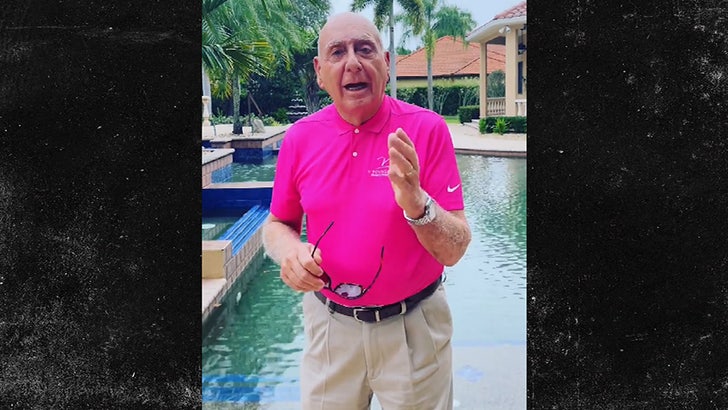 THIS IS AWESOME, BABY!!!

Dick Vitale just announced he’s returning to the broadcast booth next week after doctors gave him the green light to call college basketball games again between his chemotherapy treatments.

Vitale is slated to provide color commentary for the huge UCLA vs. Gonzaga game on Nov. 23 in Las Vegas … and in an emotional video that he posted on Friday, he said he’s PUMPED for the night.

“There’s nothing that will be better medicine than sitting at courtside, meeting all my buddies down there, having a blast.”

As we previously reported, the legendary broadcaster was diagnosed with lymphoma in October — just months after surviving a battle with melanoma.

Dickie V said part of his treatments to beat the disease would be six months of chemo — and he had hoped he could call games during the treatments.

Now that Vitale — who just had a chemo treatment earlier this week — is able to do that, he said it’s provided him a big boost.

“It’s going to be special, special for me,” Vitale said. “The best medicine that I could receive.”

Vitale — who’s been calling games since the 1970s — also thanked his family, friends, coworkers and fans for sending prayers and giving him strength.

“I’m telling you,” Vitale said, “I’m going to work my hardest to beat this disease.”