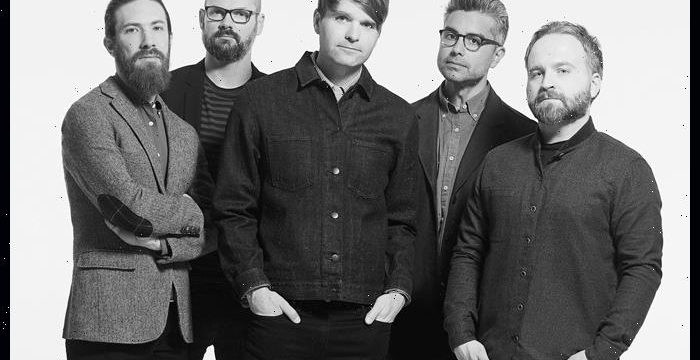 Death Cab For Cutie recently released a music video, “Roman Candles.” The song is the lead single from the band’s upcoming tenth studio album, Asphalt Meadows, due out on September 16.

The video, directed by Lance Bangs, finds lead singer Ben Gibbard, bassist Nick Harmer, drummer Jason McGerr and guitarists Dave Depper and Zac Rae performing the song outdoors, and the crew members are seen covering their faces with gas masks as an onslaught of shooting fireballs and sparks descend on them.

“But I am learning to let go,” Gibbard sings as he’s pelted by sparks. “Of everything I try to hold too long ’cause they all explode like roman candles.”

“I think we got it!” he laughs at the end of the performance.

The band wrote on Instagram that the fiery effects were anything but fake. “We had a legitimately thrilling time filming this,” their caption reads. “These explosions happening all around us were very real!”

Gibbard wrote “Roman Candles.” “The song is about the crippling, existential dread that goes hand in hand with living in a nervous city on a dying planet,” according to a statement from the band. “And that the only way to be in the moment is to let it all go.”