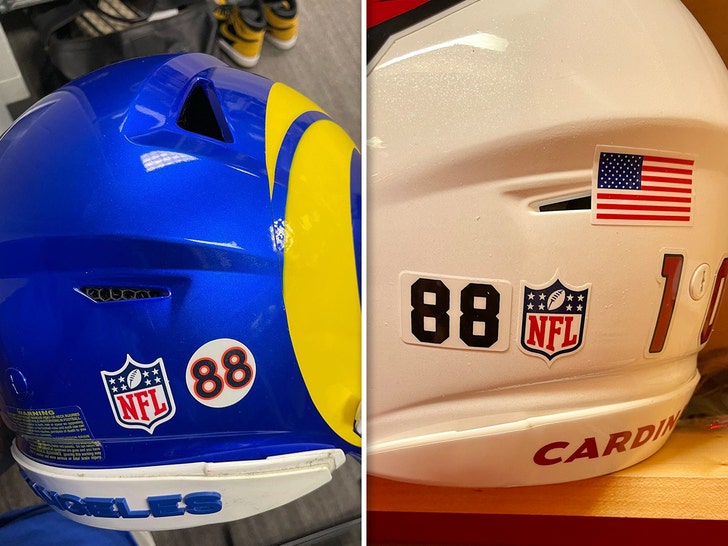 The Rams and Cardinals superstars both put #88 stickers on their respective helmets to show love for the former wide receiver just days after he tragically died in his Georgia home.

Miller’s emblem featured an 88 with Broncos colors, while Hopkins’ sticker had a simple white and black 88.

“88 4 L ETERNAL 🖤,” Miller said of the tribute in a caption on his social media page. 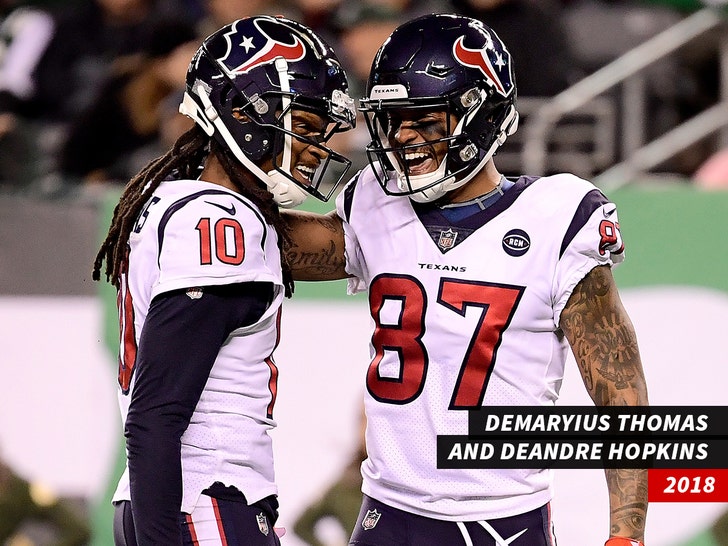 Of course, Miller played alongside Thomas for years in Denver … while Hopkins shared time with the wideout when the two were in Houston together in the 2018 season.

Another one of Thomas’ former Broncos teammates, Cardinals kicker Matt Prater, also put an 88 sticker on his Arizona helmet for the game.

As we previously reported, Thomas’ old Denver team honored DT on Sunday with a video tribute, helmet stickers and a special delay of game penalty in their matchup with the Lions. Thomas’ former Jets team, meanwhile, also held a moment of silence before their game against the Saints.

Thomas would have turned 34 years old on Christmas.