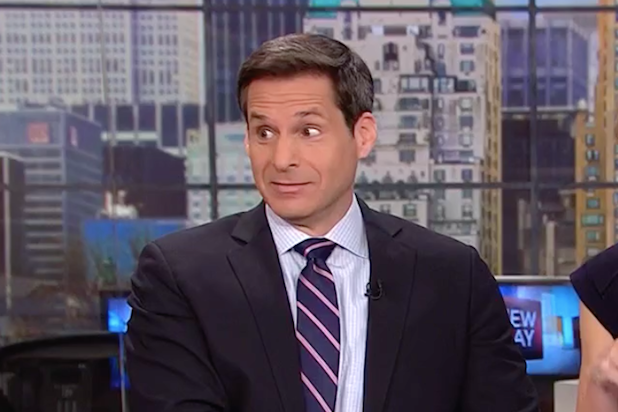 “After a number of businesses spoke out against new laws proposing voter restrictions, the former president, Trump, got mad — so mad that he called for a series of boycotts against major corporations,” he told “New Day” viewers, referring to the pushback by big-name brands against recent voting laws in Georgia. “Boycott Major League Baseball. Boycott Delta. Boycott ViacomCBS. Boycott Coca-Cola. Boycott, boycott, boycott, boycott!”

He rolled a clip of “The Princess Bride.” You know the one, where Inigo Montoya says, “You keep using that word. I do not think it means what you think it means.”

“Boycott means that you actually stop buying or using stuff,” stated an exasperated-sounding Berman, who next pointed out the now-infamous photo of Trump with a partially obscured Diet Coke bottle on his desk just after he first called for a Coca-Cola boycott.

“On April 8, a reporter enjoyed a Diet Coke at the Trump International Hotel in Washington, D.C. It cost $9. Hypocrisy ain’t cheap, but at least it comes with free refills! That’s not even a joke; we got two free refills,” quipped the anchor, moving on to point out other Trump properties that are still selling the Atlanta-based brand’s soda.

Watch below, via CNN.