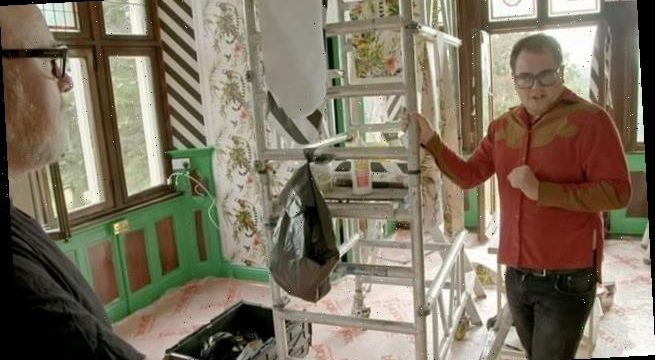 Spare us the judging. When it comes to knock-out contests on telly, be it cakes or can-cans, the First Law of Gove applies — no one really cares what the experts have to say.

Strictly gets the balance right. There’s a build-up to the dance, lots of drama, a flamboyant display of choreography and the briefest of catty comments from the panel, followed by the scores.

Bake Off is sometimes guilty of lingering too long on Paul Hollywood’s pompous pronouncements, but it doesn’t matter because the camera cuts away constantly to the tension on the competitors’ faces.

At the other end of the scale, Interior Design Masters (BBC2) gets it dreadfully wrong. 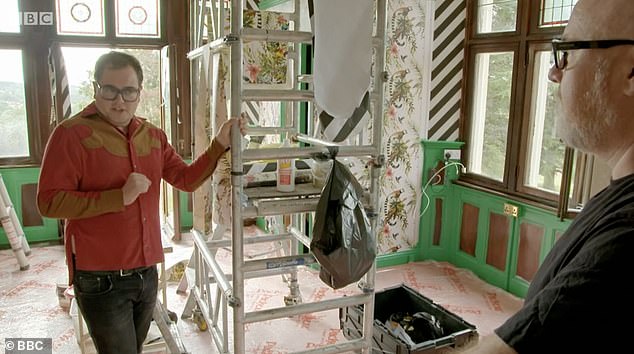 Strictly gets the balance right. There’s a build-up to the dance, lots of drama, a flamboyant display of choreography and the briefest of catty comments from the panel, followed by the scores. At the other end of the scale, Interior Design Masters (BBC2) gets it dreadfully wrong. 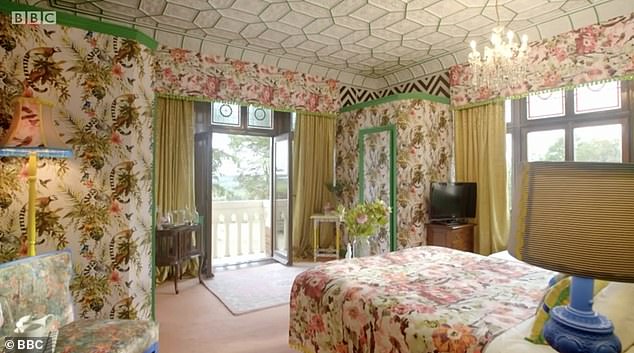 Almost half the show is taken up with reviewing the bodged results of hurried indoor makeovers.

Judge Michelle Ogundehin started her inspections after 32 minutes and she was still moaning on at the end of the hour.

Familiar faces of the night

Ben Fogle’s show about rural recluses, New Lives In The Wild (C5), returned with a visit to shepherdess Amanda Owen and her big brood.

But they’re the stars of C5’s Our Yorkshire Farm. You’re not a hermit if you’ve got your own TV series.

It might come as a terrible shock to Michelle, but we’re all capable of forming an opinion on soft furnishings. My opinion was that every bedroom refit, at a Sussex hotel that was once the home of Percy Bysshe Shelley, was plain awful.

One chap turned the bridal suite into an attack of migraine, with zigzag wallpaper, animal murals, a chintzy floral bedspread and phosphorescent green squiggles on the ceiling.

Why bother decorating, when you can get a headache exactly like that with too much red wine and Stilton?

Another contestant painted her ceiling black — she claimed it looked ‘opulent and sultry’ — and the walls a bilious yellow.

Then she hung a cheap purple canopy over the bed and called it a four-poster.

Presenter Alan Carr kept bursting into the bedrooms to see how the designers were getting on. He doesn’t pretend to have the first clue about what they’re doing. All his body language screams: ‘It’s a job, dearie. I’ve no idea why they hired me, but as long as they pay me I’m not complaining.’

Perhaps the producers were hoping Alan would do for this show what Joe Lycett has achieved with The Great British Sewing Bee, by emphasising the silly and the surreal.

But Joe is patently having lots of fun. Alan looks like he has to lie down in a darkened room at the end of every day’s filming . . . a room without any zigzags or luminous squiggles.

The judging on Celebrity Best Home Cook (BBC1) is handled more succinctly, though the presence of three judges means it does drag on a little too long.

We want to watch the amateur chefs fumbling pasta and burning the fish, rather than listening to Angela Hartnett, Chris Bavin and Mary Berry repeating variations on the same verdict for every dish. 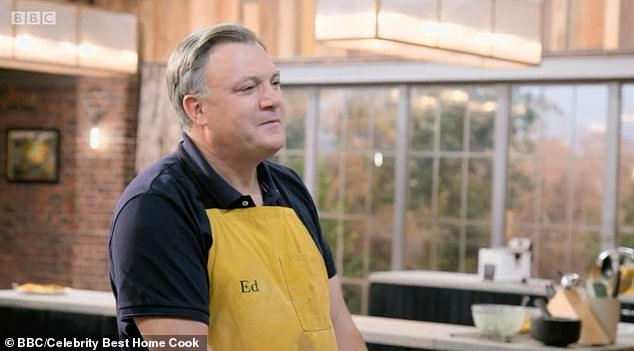 Mary could easily carry the show on her own. She was in an acerbic mood for the semi-final.

Tasting Ed Balls’s hollandaise sauce, she told him: ‘It’s rather like a gently curdled butter.’ Then she announced Rachel Johnson’s stuffed mushroom ‘just needed a little more cooking’ — in other words, it was raw.

Still, this is easily one of the better telly talent battles, largely because of the witty editing.

Meanwhile, Ferne McCann spotted a ginger cat and excitedly told the cameras this was a sure omen that she’d make tonight’s final.

Naturally, she was then eliminated. Miaow.