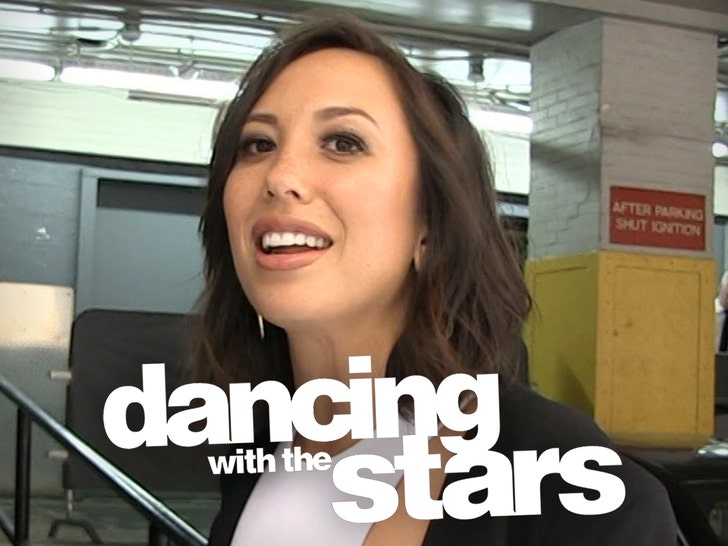 Cheryl Burke is hanging up her boogie shoes on “Dancing With the Stars” — and while she’d love a seat at the judge’s table … it doesn’t sound like that’s gonna happen, at least for now.

The longtime pro dancer and ‘DWTS’ staple — who’s been a recurring contestant for 26 seasons, and won twice — announced Sunday she wouldn’t be competing on the reality competition show anymore, saying it was time to retire and move on to new horizons.

In a lengthy IG post, Cheryl explained Monday night’s finale episode would be her last dance performance on ‘Dancing,’ and added a heartfelt thank you to the production as a whole.

She writes, “This show has been my 2nd family since I was 21 years old. The cast, crew & fans have seen me through my highest highs & some of my lowest lows, & I honestly don’t know who I would be today without them. I also know that it is time for me to begin the next phase of my career, although dance will always be a part of me.”

CB adds, “I am excited about the idea of evolving, about being challenged in new ways, having the ability to expand my commitment to mental health advocacy, focusing on my new found love for podcasting, & I’m ready to face the uncertainty (though it’s scary as sh**) of what the future holds – I do have a few things up my sleeves though, so don’t worry.”

The official ‘DWTS’ Twitter page wished her well amid the news, calling her an icon. That’s nice, but Cheryl was brutally honest about why she’s exiting in follow-up interviews.

Cheryl told Variety that she actually wanted the empty judge’s chair being vacated by mainstay Len Goodman — who announced last week he was retiring as well. She says she’s been vocal about this for years now, and has apparently expressed it to upper management … but to no avail, it seems. Instead, it looks like ABC and co. are letting her walk away.

She also notes she’s getting older now at the age of 38 and that she can’t dance at this high level forever. If this is, in fact, the end for her … it’s been a helluva career. Good luck!