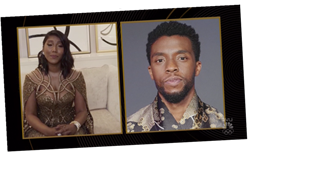 Chadwick Boseman became a first-time Golden Globe winner on Sunday. The late actor was named Best Actor in a Motion Picture, Drama, for his performance in Ma Rainey’s Black Bottom, which marked his final film.

Boseman died in August of 2020 at age 43 after a battle with colon cancer. Boseman’s wife Taylor Simone Ledward, who appeared virtually, accepted the award on his behalf.

“He would thank God. He would thank his parents. He would thank his ancestors for their guidance and their sacrifices,” she tearfully said in her virtual acceptance speech, adding that Boseman would also recognize his team behind the scenes and those who brought Ma Rainey’s Black Bottom to life on set. “He would say something beautiful, something inspiring, something that would amplify that little voice inside all of us that tells you, you can, that tells you to keep going, that calls you back to what you are meant to be doing in this moment in history.” 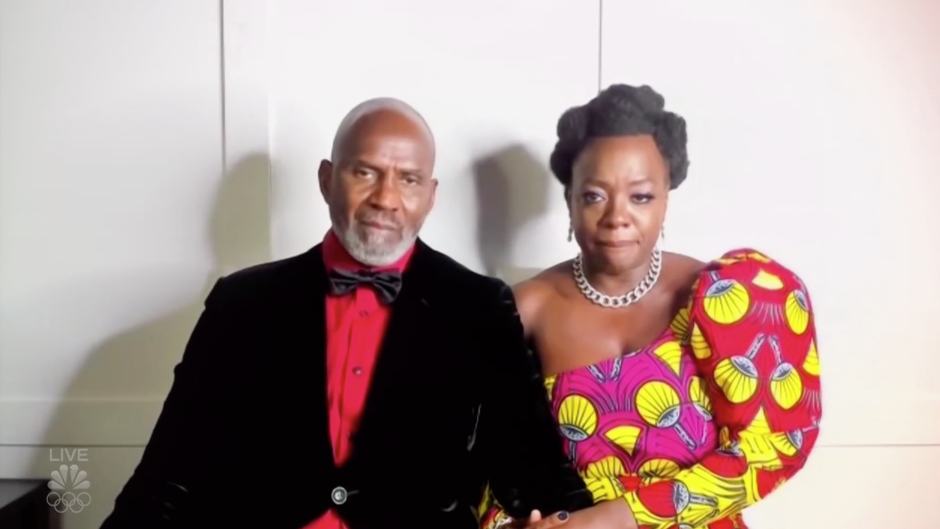 “And I don’t have his words,” she said. “But we have to take all the moments to celebrate those we love, so thank you to the HFPA for this opportunity to do exactly that.”

She closed out her emotional speech by addressing her late husband, “And hon, you keep ’em coming.”

Boseman’s fellow nominees included Riz Ahmed (Sound of Metal), Anthony Hopkins (The Father), Gary Oldman (Mank) and Tahar Rahim (The Mauritanian). Ahmed, Oldman and Rahim all applauded his win. (Hopkins was not virtually present for the Globes.) Renee Zellweger presented the award and was visibly moved by his wife’s words.

The Globe win comes after recognition from Film Independent, the National Board of Review and the Screen Actors Guild. (Boseman made history as the first actor to earn four SAG nominations in a single year.) He was also the recipient of the Gotham Awards Tribute prize, which Ledward accepted on his behalf. “I love you, I am so proud of you,” she said. “Keep shining your light on us.”

ET recently spoke with Davis about his posthumous accolades. “Chadwick Boseman deserves it,” she said. “This is someone who did the work, who learned the trumpet. I mean, those long three, four-page monologues, are you kidding me? He did the work, and he did an extraordinary job.”

“Chadwick was absolutely someone who felt like he was walking through the world with a halo around him. He really was,” Davis added. “He was one in a trillion, gazillion. He was someone who was about uber integrity, uber authenticity, and absolutely living life on his own terms.”

Follow along at ETonline.com for all the 2021 Golden Globes live updates. And here’s our Golden Globes winners list, updated live as all the awards are announced.