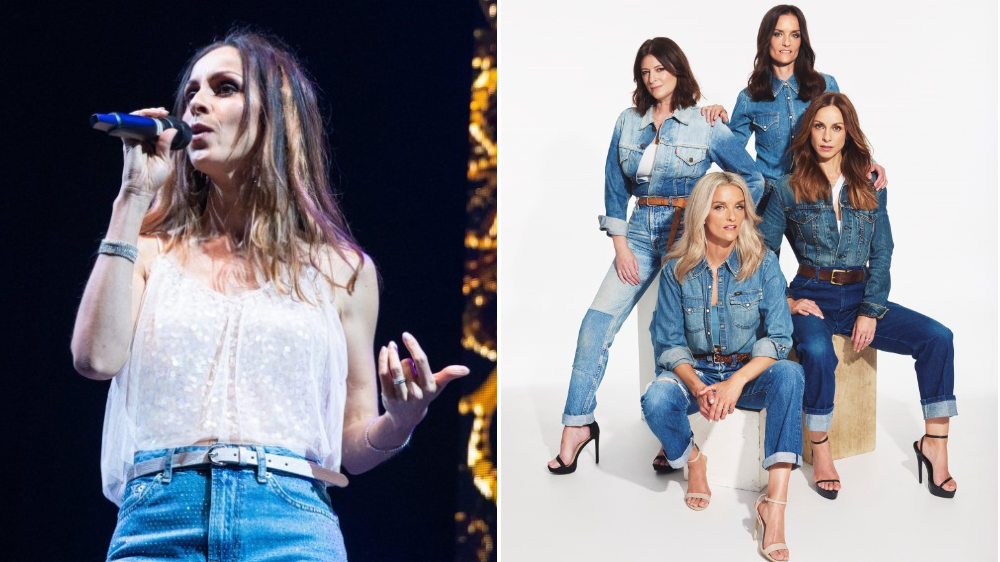 B*Witched’s Lindsay Armaou is happy to be making music magic again after going through a bad spell with the band first time around.

In an exclusive chat with Guilty Pleasures, the C’est La Vie singer said she and bandmates Edele and Keavy Lynch and Sinead O’Carroll didn’t receive the support they needed in the 90s – not to mention after they were dropped from their label in 2001.

‘There wasn’t as much awareness about emotional and mental health. We’re talking 25 years ago. But even in a working situation, if I think back to the amount of hours that we would work, consecutively, it would not be allowed these days. It was really full-on,’ Lindsay recalled.

‘You feel like you owe them, “You’ve given me this opportunity, you’ve allowed this to happen, therefore I will work all the hours God sends me, and not say no to anything ever.”

‘It’s probably why a lot of bands back then burnt out, because you can only sustain that level of intensity for so long.’

Lindsay learned that the group had been released from their record deal in the same year she lost her mum.

‘It was eclipsed by that massively, obviously. It was a little postponed, my post-band feeling,’ she shared, adding: ‘You’re catapulted out of this bubble, where your schedule is done for you, you’re told where to be, you’re picked up, you’re brought back… and suddenly you’re on the other side of it, “OK, who am I? What do I like? What do I want to do?”’

The 43-year-old hopes the safety net is there for pop stars nowadays: ‘Counselling should be offered to artists who are about to be launched, to prepare them for what’s to come, potentially, and how to deal with it, give them some tools to cope.‘

‘I also think there should be counselling offered at the end of a contract, when a record company either drops an act, or the contract comes to an end… because your life is about to change dramatically.’

After reforming on TV’s The Big Reunion in 2013, the foursome will join the Blue boys on their Heart & Soul tour in December, and we can also expect a concoction of fresh tunes.‘[We’re recording] some new stuff, stuff that we’re excited about,’ Lindsay smiled – looks like the B*Witching Hour is upon us again.’