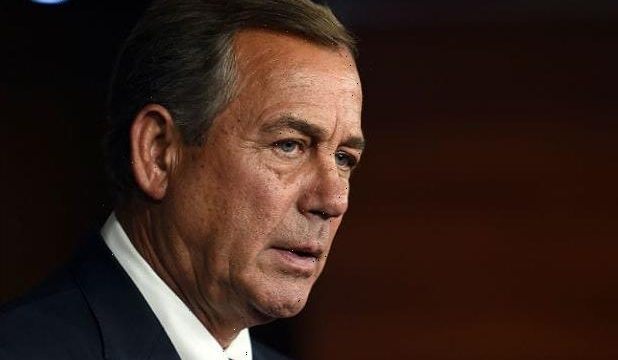 Former Speaker of the House John Boehner said Monday that current Speaker Nancy Pelosi has done a better job of holding the Democratic party together than he did with the Republicans.

“It’s a difficult job,” he admitted during a sit-down with CBS’s Stephen Colbert on “A Late Show” to promote his new book, “On the House.”

The late-night host asked who Boehner believes has done well with the gig and Boehner replied he thinks all 54 other speakers have been good, but highlighted Pelosi and Newt Gingrich in particular.

“How do you corral people who don’t have any particular loyalty to you as the speaker because they all have to answer to their constituents?” Colbert asked.

“I did my best to try to corral them, to try to move them in the right election,” he said, adding that the wave of Republicans sent to Congress around 2012 were “way out there.” Later in the interview, he attributed the rise of Republican “noisemakers” to conservative media, a complaint he also made clear in his book.

Colbert wanted to know why Pelosi could “corral her crazies” and Boehner couldn’t corral his.

“She’s done, frankly, a better job of holding her party together. I’ve watched it over the 30 years I’ve been around Congress: Democrats are always more willing to stick together than Republicans are,” he said, but Colbert argued he didn’t fully believe that.