Sally Nugent, 51, left BBC Breakfast viewers open-mouthed after they saw a little more than they bargained for when they tuned into the headlines at 6am. The broadcaster had folded a newspaper to discuss one of its headlines, little suspecting that she was flashing a photo of a woman in just lingerie to the entire nation.

Sally was discussing the strange prospect of buying a house which came with its own camel in the back garden – but, thanks to the imagery on the other side of the page, the camel was not what seemed to be on viewers’ minds.

Co-star Jon Kay, 52, was verging on hysterics as he chuckled: “I don’t think anyone’s talking about the back garden!”

A bewildered-sounding Sally asked: “What happened?”, only for Jon to reply: “There’s something on the back of the page. Don’t worry, just carry on!”

Sally has been a regular fixture on BBC Breakfast for almost a year, since taking over from Louise Minchin back in October 2021. 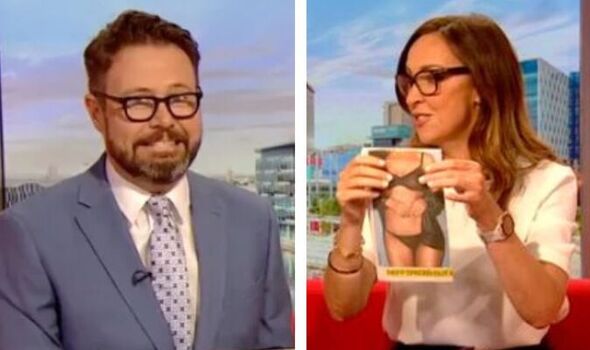 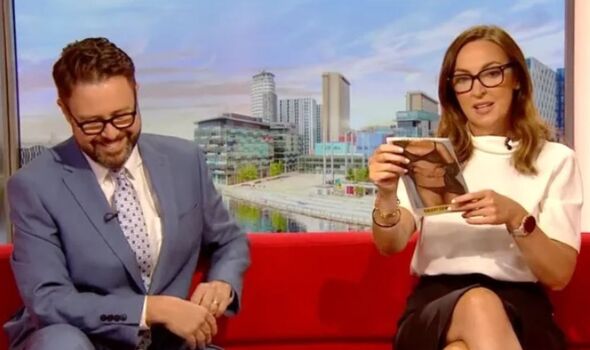 She had been freelancing on the show for a decade before moving into the role full-time.

Fans were highly amused to see her clutching the underwear model’s image, with one fan, @gvweir taking to Twitter to joke: “Glad to see that you’re keeping us abreast of the news!”

Meanwhile, @DavidLaycock19 wrote: “Is that you Sally??? I need to go and have a lie down with a cold flannel on my forehead!” before branding her “absolutely stunning”.

@steve45910 quipped: “Hehe made my morning Sally thought you were showing us a selfie for a moment!” 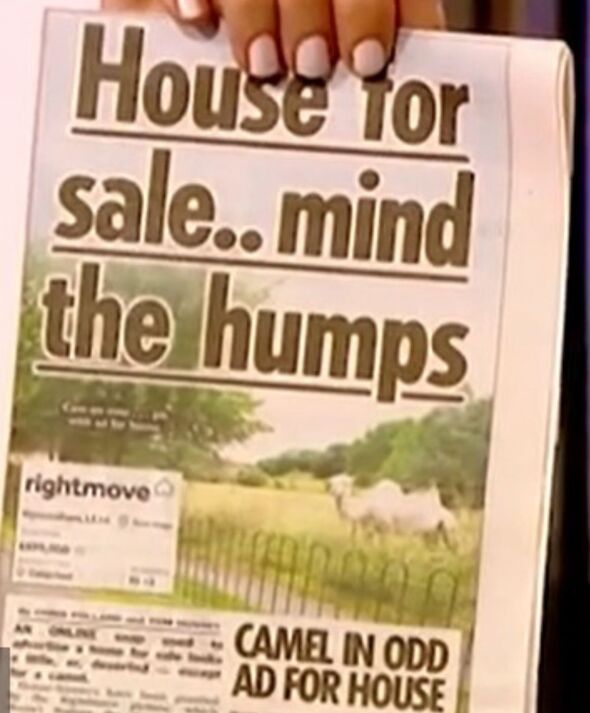 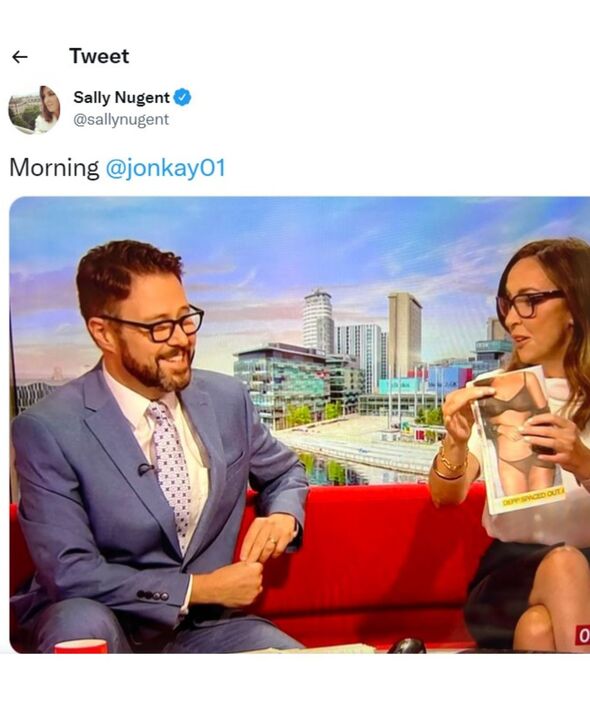 @tupps9 added mischievously: “That was the funniest thing! Can you tell us what they were shouting in your ear piece in the gallery?”

Meanwhile, @wheelerpro007 wrote that the unexpected visual on his TV screen had woken him up.

“It’s these little things that make BBC Breakfast so good!” he added.

However, one devoted viewer chimed in to argue: “The mag pic is not as delicious as you Sal.”

@OComedie then quipped: “I love showing off my holiday snaps, Sally!”

Fellow broadcaster Scott Bryan published the clip, saying: “You can sense the moment someone said in Sally’s ear “CHANGE THE ANGLE YOU’RE HOLDING THAT NEWSPAPER.”

The award-winning presenter then took to Twitter herself to show off the snap, with the caption “Morning @jonkay01”, in view of her 149,600 followers.

After the distraction, viewers then moved onto the amusement of a Leicestershire home that came with a pet camel in its garden.

Sally joked: “A camel thrown in but you don’t get the lady on the back!”

The author spoke proudly of Blenda Blythyn, the BAFTA Award winning actress who plays Vera on the televised version of the story.

She exclaimed: “[Women] who are strong, competent or authoritative don’t want to be judged by what they’re wearing, and [don’t want] to be defined by a man or by a family.”