Years ago, Aubrey O’Day alleged that Kim Kardashian West and Travis Barker used to hook up — a claim that’s now resurfacing amid his ex-wife Shanna Moakler’s allegations claiming a past tryst between them.

Speaking to Us Weekly, Moakler said she was still married to Barker when she learned of the alleged secret romance from “people who were there” and through “[text] conversations” between Kardashian West and Barker. She claimed this discovery caused her to file for divorce in 2008 after nearly four years of marriage.

Both Kardashian West and Barker have denied ever having a sexual relationship, but speculation has continued, fueled by O’Day’s past story about the two. 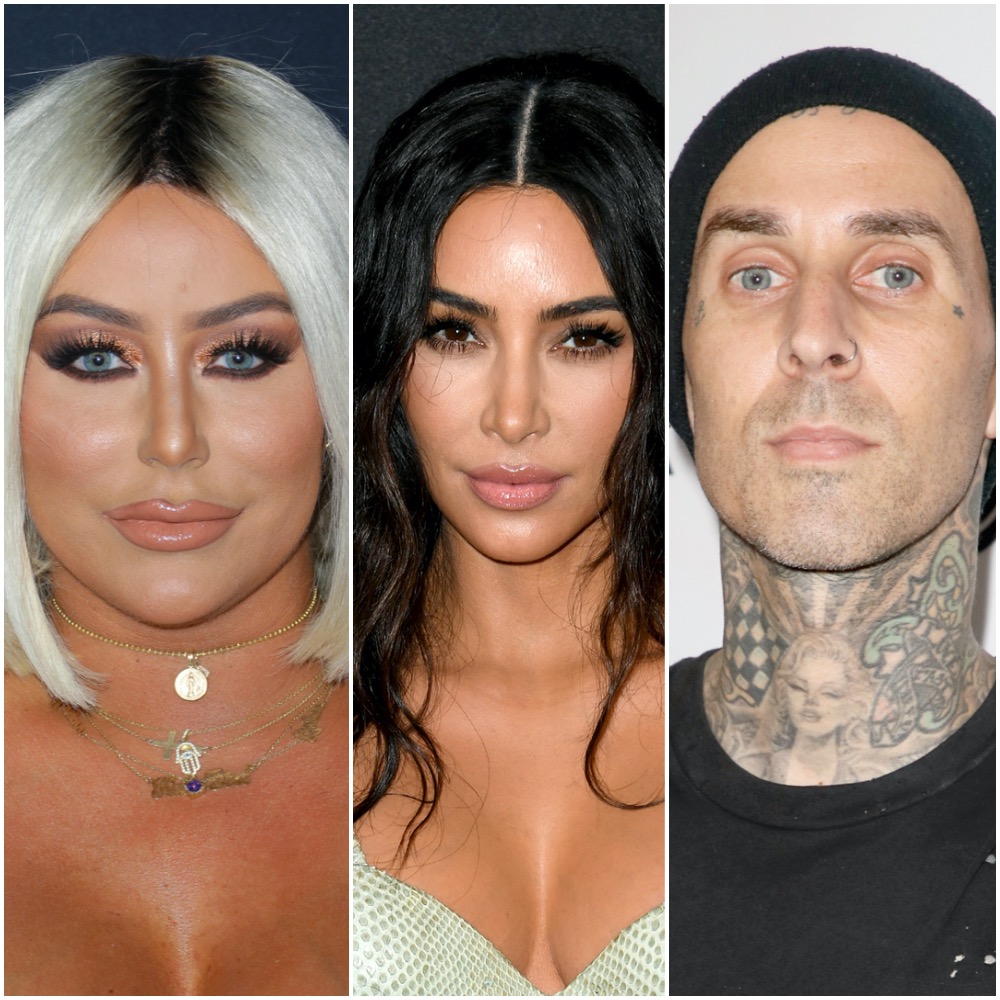 According to Perez Hilton, O’Day was reflecting on certain moments from her past in a 2020 Instagram post when she recalled an alleged night out with Kardashian West.

“I was ‘bffs’ with Kim Kardashian during a fourth [of July]. She was hooking up with Travis Barker and we were at his house.. he was really dope,” the former Danity Kane singer wrote, making no mention of the year the alleged hangout occurred.

“Shanna his ex (who I love) supposedly was threatening to slash [Kim’s] tires (sorry girl but that was funny sh*t, I would have too) so they asked her to park her car somewhere else,” she continued.

“we took off and went to some bs celeb Malibu parties where [Kim] desired to be photographed, and I had to run around house after house in an uncomfortable dress and high heels to appease that,” O’Day went on. “She got all her photos with celebrities accomplished and we headed back to Calabasas.”

Feeling “super annoyed” about those earlier events, O’Day asked if they could just pull over and watch fireworks. “And she did,” she said. “We sat on this plot of grass watching them and all I remember feeling is relieved to see the beauty of them. And she turned to me and said: ‘you know, last year on the fourth I was on a yacht with Paris Hilton in the middle of some remote beautiful place… and this year I’m sitting on a plot of grass in Calabasas with you.’ Hahahahaha. I was like, Oh… cool.”

Showbiz Cheat Sheet reached out to representatives for both Barker and Kardashian West for comment on O’Day’s post but did not hear back by the time of publication.

After Moakler’s claims, a source purportedly close to Kardashian West told Page Six that she never had a tryst with Barker, who now happens to be dating her sister Kourtney. “Travis and Kim have never had a romantic relationship,” the source said. “They were friends who met through Paris Hilton and that is also how Kourtney and Travis were introduced.”

Barker hasn’t commented on the claims, but he wrote about his relationship with Kardashian West in his 2015 memoir Can I Say: Living Large, Cheating Death, and Drums, Drums, Drums. Reflecting on a vacation with Paris Hilton and her then-assistant, he admitted he was attracted to her, but “never touched her.”