Arnold Schwarzenegger and Sylvester Stallone had a longstanding rivalry throughout much of the 1980s. Because they were both action movie stars with ripped bodies, they competed with each other for many years.

Their rivalry became so intense that Schwarzenegger once attempted to sabotage Stallone’s career by talking him into making a terrible movie. Unfortunately for Stallone, Schwarzenegger was successful.

Stop! Or My Mom Will Shoot came out shortly after, a movie that was panned by critics and flopped at the box office. 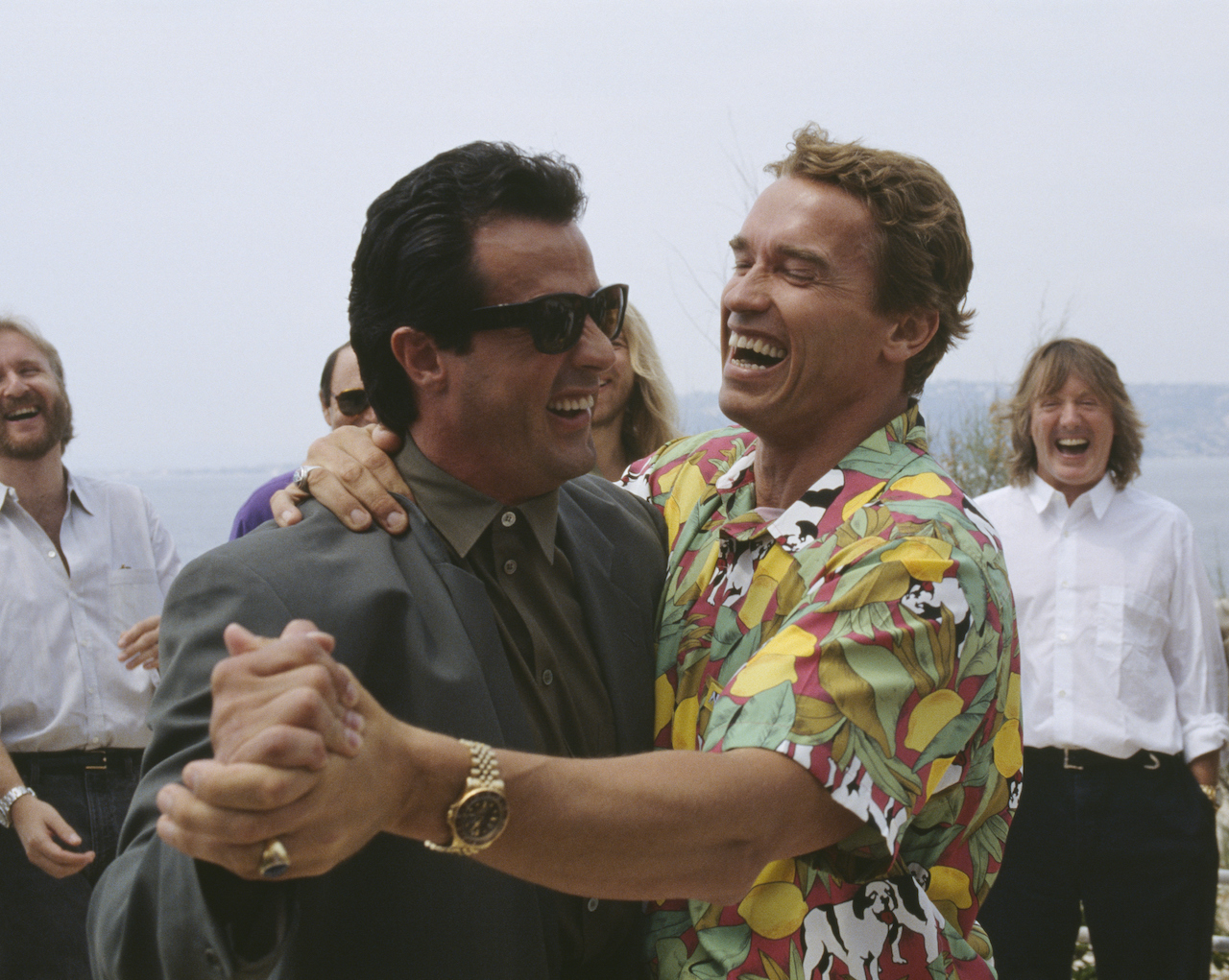 Schwarzenegger admitted the seriousness of their rivalry during an interview with Jimmy Kimmel.

“In the ‘80s, he was just a rival,” Schwarzenegger said. “It was just competition.”

Schwarzenegger and Stallone were so competitive that they constantly tried to outdo each other on the big screen. They were both in the same lane, and someone needed to come out on top.

“It was all about, who is making bigger movies,” Schwarzenegger added. “Who has more definition in their muscles, who has more box office success? Who kills more people? Who kills people more creatively? Who has bigger knives? Who has bigger guns? And I started running around with machine guns that were only used for helicopters, mounting on helicopters, or on tanks. It was crazy, it was all-out war.”

He decided he wasn’t only going to make action movies

By the late ‘80s, Schwarzenegger was looking to move beyond action movies and diversify his roles.

“Hollywood knew that I was wanting to get out of just doing action movies and do comedies,” Schwarzenegger said. “That’s why I did, then, Twins and Kindergarten Cop and movies like that.”

Even though Schwarzenegger wanted to do different roles, he was no fool. He knew a bad script when he saw one and turned down a particularly horrible role.

“So they came to me with this other movie … Stop! Or My Mom Will Shoot,” Schwarzenegger said. “And so I read the script and it was a piece of s–t, I mean let’s be honest. And so I said to myself, ‘I’m not gonna do this movie.’”

Although he personally turned down the role, Schwarzenegger was clever enough to trick Stallone into accepting it, knowing that the movie would be bad.

“So then they went to Sly, and then Sly called me and says, ‘Hey, have they ever talked to you about this movie?’ And I said, ‘Yes, I was thinking about doing it.’ … ‘This is a really brilliant idea, this movie.’”

“When he heard that, because he was in competition, he immediately called them and says, ‘Look, whatever it takes, I do the movie,’ Schwarzenegger said. “So he did the movie. And of course, the movie went major into the toilet.”

Stop! Or My Mom Will Shoot was a critical and commercial failure, currently holding a 7% approval rating on Rotten Tomatoes.